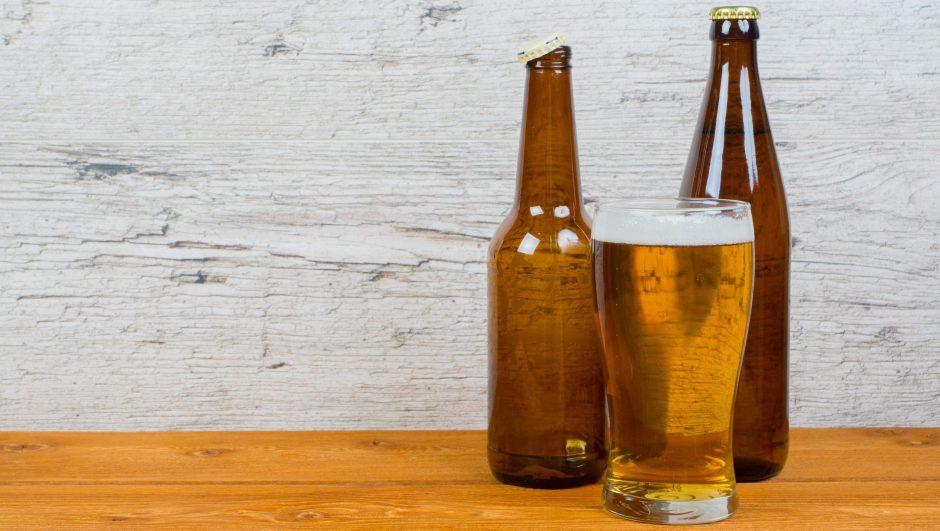 Las Vegas claims to be one of the biggest cities in the country for alcohol consumption, and when looking at the incredible craft beer scene in the region, that claim comes as no surprise.

Las Vegas is a city of dreams, fun, and evidently, beer! The following Las Vegas Breweries are spearheading the craft beer revolution in Nevada.

Does Las Vegas Have Breweries?

When most people think of Las Vegas, craft beer is not the first thing that comes to mind. However, what many people do know is that when you’re in Las Vegas it is never difficult to find a place to grab a drink.

This is no different when it comes to craft beer as there are currently around 25 breweries that were established in Las Vegas. There is also a street in Las Vegas known as Brewery Row, where multiple neutral breweries rent out a space to sell their beers. Las Vegas has been emerging in recent years as a hotspot for craft beer culture.

As mentioned above, Las Vegas has followed a handful of prominent cities in the country in opening a street called Brewery Row. What these multi-state Brewery Row streets seek to achieve is a boost in the craft beer industry in these cities, and it has mostly been successful in Las Vegas as the craft beer scene looks set to explode over the next few years. Brewery Row is essentially a street rented out by neutral breweries from across the country to serve the people of a different city. Able Baker Brewery, CraftHaus Brewery, and Beer District Brewing are a few of the breweries that have recently been featured on Brewery Row.

What is the Most Popular Beer in Las Vegas?

Las Vegas is relatively new to the craft beer scene in terms of regionality. There are however multiple award-winning beers that have come out of Nevada, and quickly become favourites of Las Vegas locals. The following beers are the most popular coming from the best breweries in Las Vegas.

Brewed by Revision Brewing Company, the Bruff is simply one of their many award-winning beers. A classic New England IPA, the Bruff has a rating of 4.21/5 from over 72 professional judge ratings.

The Nelson Pilsener comes from one of the most iconic Las Vegas-based breweries – the Hop Nuts Brewery, which is situated in the heart of the city.

Big Dog’s Brewing Company has been dubbed as the original Las Vegas Brewery, having been established back in 1993 at the Holy Cow Casino. The company inherits its name from influential politician and businessman Tom “Big Dog” Wiesner. The brewery carries out its dedication to handmade craft beer through its large variety of authentic and unique beers.

Some of Big Dog’s signatures include the Black Lab Stout, the Triple Dog Dare, and the Leglifter Light. The names of their beers are fun and often include puns as an homage to the city in which the brewery finds itself. Big Dog’s Brewery is as authentic as they come in Las Vegas and is a must-visit for anyone wanting to experience the craft beer scene of Las Vegas.

Crafthaus Brewery has garnered a reputation for being one of the most prolific and best breweries in the Las Vegas region, coming out with new ideas and brews as often as any other brewery in the country. The brewery currently has over a dozen beers available for patrons to try at the taproom, including many award-winning brews.

Discover Beer Culture And The Best Breweries In Grand Rapids

One of the biggest innovations available from the CraftHaus taproom is the beer slushie. They offer this unique beer experience alongside any of the company-made beers such as their Silver State Blonde, the Resinate American IPA, and their Belgard, which is a chocolaty stout made infused with cold-brew coffee. The innovative nature of their beers adheres to the mentality of the owners, which is to be like no other brewery in the country.

If you’re looking for a place to get your drink on before a night of partying in downtown Las Vegas, then Banger Brewing is the place to go. Located at the base of the Fremont Street Experience, Banger Brewing has secured one of the most profitable locations of an alcohol establishment in Las Vegas and they are putting the location to full use.

The owners of Banger Brewing believed that the city of Las Vegas did not have enough hospitality in terms of the beer industry to keep up with the needs of beer lovers in the area. They hence established a brewery with a taproom and a great menu to cater to the needs of homebrewers and beer connoisseurs alike.

Many of the breweries in Las Vegas only offer beer at their taprooms, primarily placing themselves as a drinking den. This is what sets Triple 7 apart as they dedicate themselves to their food just as much as they do to their beers, making a visit to this brewery an all-around culinary and drinking experience.

Triple 7 is a great place to come with your group of friends for a boutique brewpub meal and a fun craft beer while watching the sports or simply to have a good night out. The Triple 7 menu mainly comprises traditional American food such as Pizzas, Burgers, Soups, and Fish. Alongside these foods is the option of six traditional company-crafted beers.

Are There Any Major Beer Festivals in Las Vegas?

Nevada’s largest craft beer festival is held in downtown Las Vegas annually and is known as the Great Vegas Festival of Beer. The organisers are looking to boost the craft beer scene in Vegas by making this festival bigger and better with each passing year.

Ready for some Sin City sipping? Give these Las Vegas breweries a try!