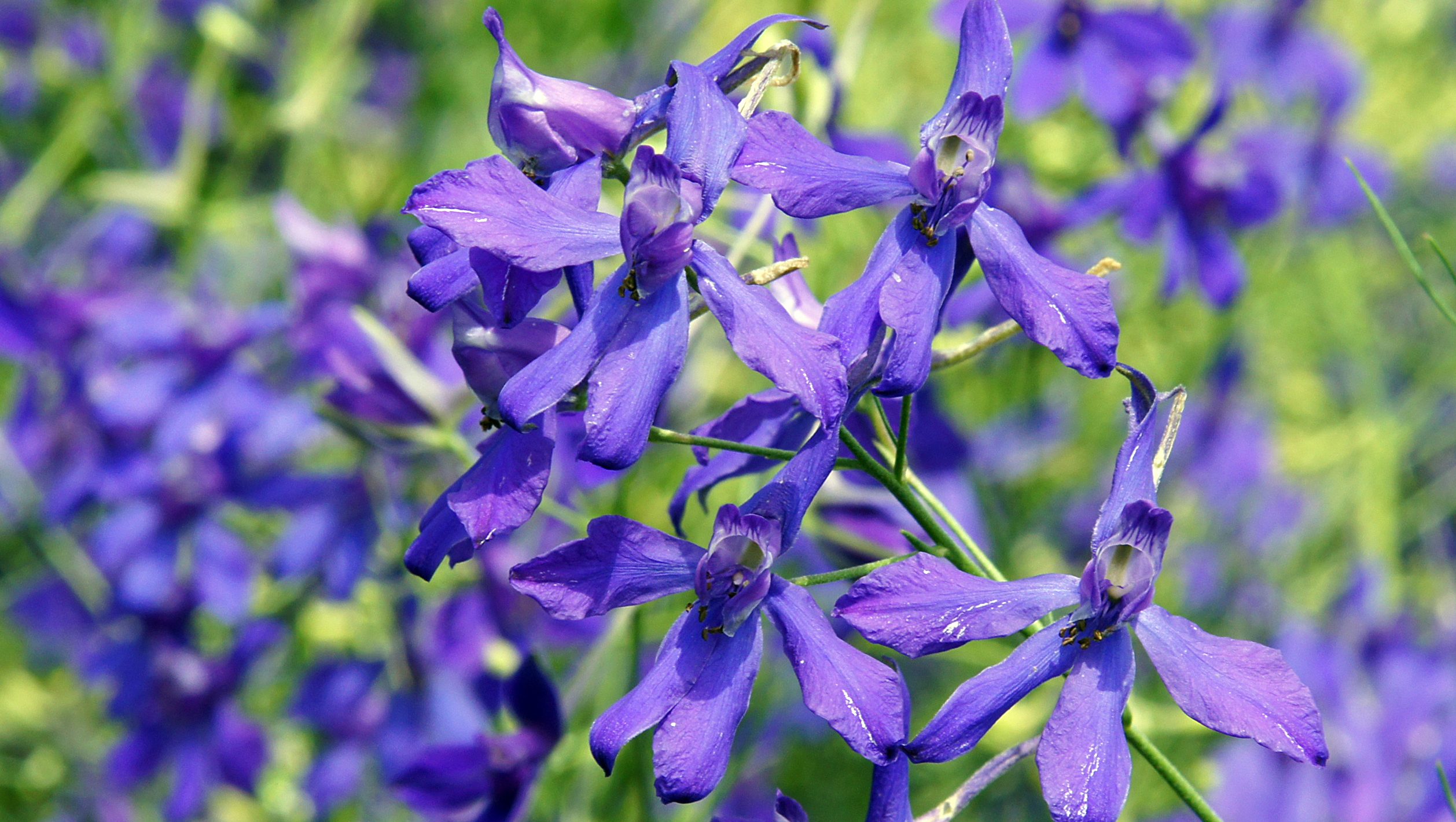 Larkspur flowers bloom in the spring and give barren winter gardens a much-needed pop of colour. They’re the birth flower of July, so keep this in mind the next time someone has a birthday!

Planting larkspur can be quite difficult because the seeds need a cold period before being sown – and because these toxic beauties can be dangerous! But once they’ve grown into plants, they’re low maintenance and easy to keep alive – even if you are a novice gardener.

How to Grow Larkspur Flowers 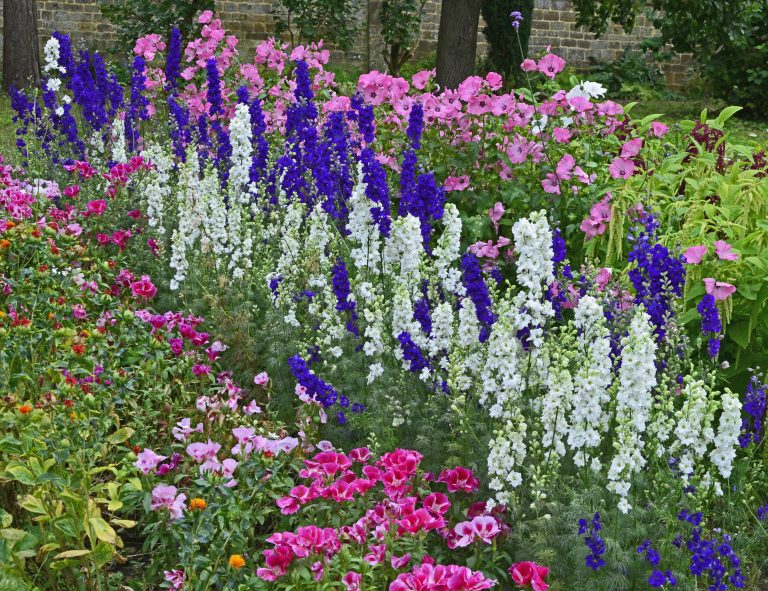 More often than not, larkspur flowers are grown from seeds. While they can be moved and transplanted, it’s a delicate process that needs to be handled with care. This is because the taproots that facilitate the plant’s impressive growth can be easily damaged when moved.

The seeds need to go through a cold period before they’ll be able to germinate. The most reliable method of cooling the seeds involves popping them in the fridge two weeks before planting. Keep them in a Ziplock bag with perlite to keep them moist. The seeds will not germinate if the temperature exceeds 18 degrees Celsius. Once planted, the seeds should germinate within three weeks.

To boost root development, water the seeds regularly but be sure not to overwater them or leave them submerged. Once the roots have sprouted, you can move them into their permanent spots.

When planting larkspur, make sure the soil has proper drainage to prevent the roots from rotting and dying. Ensure that the soil is damp at all times for optimal growth as the flowers don’t do well in dry and hot conditions. They also thrive in the sun, which means that you need to pay careful attention to the moisture of the soil.

Usually, they self-sow by dropping their seeds. This means that they’ll easily return in the following year. Although this also makes it easy for the plants to take over your garden if not properly monitored.

At the end of the season, once the flowers have turned brown, cut the plants down. Leave only a few in place to ensure they grow again the following year.

What To Plant With Larkspur Flowers

Larkspur flowers stand tall – almost 1.8 metres tall – in any garden and are often grown along a fence or using a stake to prevent them from falling over. Planting other tall plants around them can offer some support and structure if needed.

The following plants work well with the larkspur flower:

As with most plants, the larkspur flower is susceptible to root rot, mildew, slugs, and snails. Snail traps can deter the slimy creatures, although when it comes to infected plants, treat them wherever possible. If they cannot be saved, remove and discard them to prevent the virus from spreading.

The flowers also begin to sag if they’re subjected to too much intense summer heat, although this is purely a cosmetic issue that will resolve itself once the weather cools down.

Are Larkspur Flowers The Same As Delphiniums? 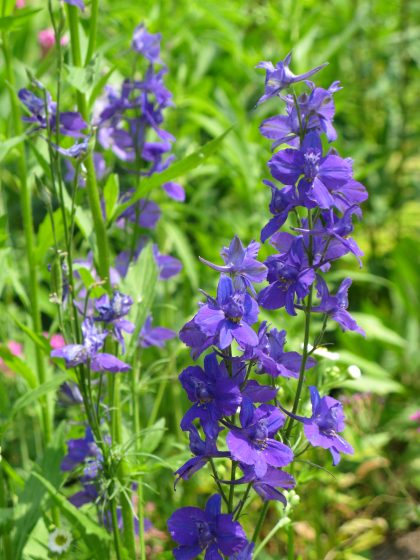 Although they’re not the same flower, larkspur is the cousin of the delphiniums. They’re similar in that they both grow vertically, have fluffy green foliage, and have clusters of blue, white or pink flowers. They’re different in that larkspur flowers are annuals, while delphiniums are perennials.

Daffodil Meaning & Symbolism: What Do These Sunny Flowers Mean?

Despite this difference, the common name larkspur is shared between perennial Delphinium species and annual species of the genus Consolida.

Unfortunately, this beauty can be deadly!

With the plant easily spread, it can end up in fields where livestock graze. Sadly, this can result in the death of the animal that consumes it. The seeds of the plant are poisonous and should be kept out of reach of animals and children. If consumed, the younger parts of the plant can cause severe digestive issues, and if touched, it can cause severe skin irritation.

Always wash your hands after touching the plant.

These larkspur flowers can grow up to 90 centimetres tall and features shades of silver, white, blue, and purple.

Another tall variety, the imperial larkspur grows to be almost 1.2 metres. It comes in shades of white, blue, purple, pink and rose.

As well as its use as a fresh cut flower, the strong stems and colours of sublime larkspur make it useful for dried flower arrangements. It’s available in a wide range of colours and grows to be almost 1.2 metres tall.

What Is The Meaning Of The Larkspur Flower? 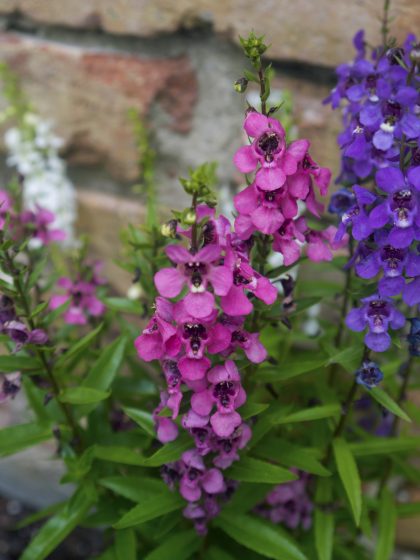 The larkspur flower is said to represent love. It also signifies positivity, attachment to someone and an open heart.

The colour of the larkspur plays a role in further unpacking the symbolism of the plant. The pink flower is a symbol of contrariness, while the blue represents grace and dignity.

What Is The Meaning Behind Lilies? Lily Flower Meaning & Symbolism

The Larkspur Flower In History

Although the plant is poisonous, it was used to control body lice in ancient Greece by crushing the seeds. Larkspur poultices – basically a gooey porridge made from the plant – was used to treat haemorrhoids and open wounds. Native Americans also used the flowers to create a dye and repel insects.

Like some gemstones, this flower is believed to have protective properties. Larkspur was a popular ingredient used in protection spells when warriors went off to battle. Sources say that these spells are still used to assist the police, firefighters, and aid workers in staying protected while out in the field. The flower is also used to honour the dead.

The plant’s horn-shaped flowers were said to repel scorpions, thieves, ghosts, and evil spirits. Dried out larkspurs were often hung around homes for protection.

A Pretty But Dangerous Plant

The larkspur flower is a beautiful addition to any garden, but due to its poisonous properties, it’s advised you exercise caution when planting it.

Once you get over that hurdle, you can go about selecting the colour you’d like to plant. Then you can decide whether you want to start from scratch using seeds or planting small seedlings. If your green finger tends to be a little light, we’d recommend trying the latter!