Blog » Wine, Beer & Spirits » Beer » Beers from Around the World » European Beers » Belgian Beers » All About Lambic Beer And Its Many Incarnations 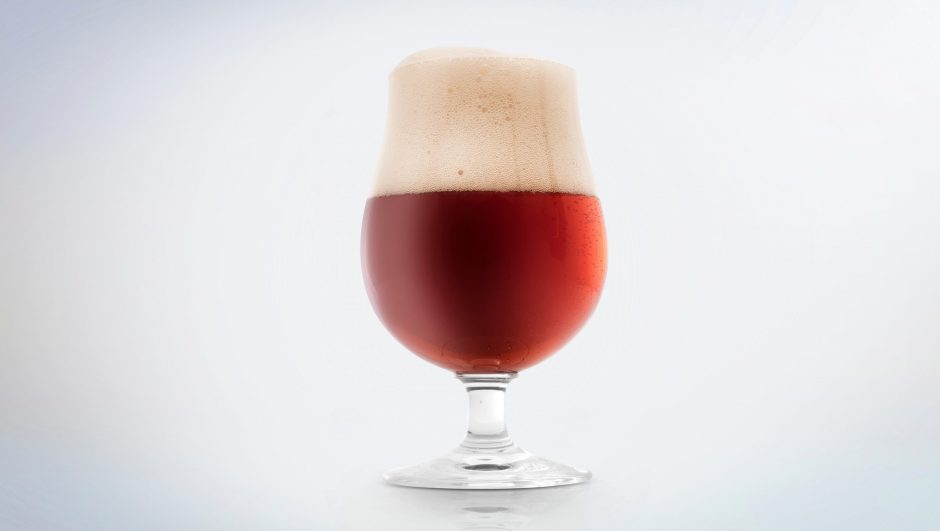 Neither ale nor lager and with a name that is often contested, there’s a fair amount of mystery surrounding lambic beer. To clear all that up, here’s our overview of this unique beer – born in Belgium; beloved worldwide.

We look at what makes a beer lambic, the different styles of this Belgian beer, what it tastes like, its origins, and pretty much everything else you need to know about lambic beer. We even throw in a few recommendations for the best lambic beers for you to try.

What Is Lambic Beer? 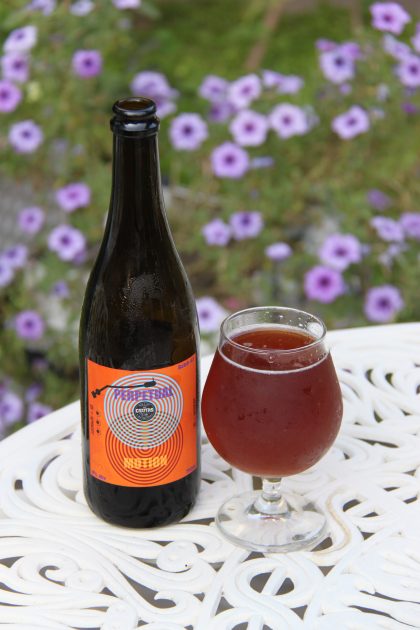 In nutshell, lambic beer must come from a specific region and be brewed in a certain way. A bit like champagne can only be called champagne if it comes from the Champagne region in northern France, lambic is only true lambic if it ticks specific boxes.

What Makes A Beer Lambic?

Ah, the pertinent question: what, indeed, qualifies a beer to be called lambic. The general consensus is that lambic beer must be spontaneously fermented and brewed in or near Brussels (including the Pajottenland region southwest thereof and the Zenne River valley) in Belgium to be worthy of the title.
Although American interpretations using similar ingredients and essentially the same recipe have emerged recently, purists (including most American brewers) contend that these should go by other names. We’ll go into this unique recipe and ingredients, which distinguish lambic beer from the usual lagers and ales, in a bit.

Bottom line? Lambic beer and Belgium go together in much the same way as champagne the sparkling wine and Champagne the province in France do. See why we made the earlier comparison now?

What Is The History Of Lambic Beer?

Would you believe that the origins of lambic beer can be traced all the way back to the days of the Roman Empire? Upon encountering the Belgae Gauls residing in the area between the Zenne and Rhine Rivers (spanning the border between modern-day Belgium and Germany), the legendary Emperor Caesar remarked on these people’s ferocity as well as their culture’s kinship with beer. Indeed, Gaelic and Germanic tribes thought of wine as the effeminate inferior to beer and banned its import from the Mediterranean.

These Gauls’ spontaneously fermented wheat beers were the precursors to lambic beer, records of which can be found as early as the 1400s. King Charles V, who reigned from 1519 to 1556, is known to have had a particular penchant for lambic beer. The brew continued to be refined (and ultimately bottled) over the course of the following centuries, although interest waned somewhat around the mid 20th Century.
In the 21st Century, however, interest in lambic beer has seen a considerable uptake. This surge in popularity has even led to the emergence of lambic-inspired beers outside of Belgium.

How Are Lambic Beers Made And Do They Contain Alcohol?

Typically, lambic beer is produced with 60% base malt (such as barley) and 40% unmalted wheat. These are mashed together to yield a cloudy mash. The wort (sugary liquid) from the mash is then boiled over an extended period and older hops are added. These aged hops maintain the preservative quality while ageing out their characteristic bitterness.

After this extended boil, the wort is cooled down and transferred to a coolship, where it is exposed to the environment so it can pick up flora, bacteria and microorganisms for its trademark spontaneous fermentation. This is in contrast to the lab-produced yeast added to other types of beer and is a defining feature of lambic beer. The cooling process lasts for 15 hours or more.

Thereafter, the beer is transferred to a holding tank, where surface microorganisms are stirred into the liquid. Finally, the beer is placed in barrels called puncheons, where it is left to age for between one and three years.

The wild yeast and spontaneous fermentation unique to lambic beer typically endow it with a cidery, dry and vinous flavour, often sour and with a fairly sharp aftertaste. Over and above this, are several styles of lambic beer, each with its own unique flavour. Let’s take a closer look at these and what you can expect to drink when you order a lambic beer.

What Are The Different Styles Of Lambic Beer?

In addition to standard lambic, lambic beer also has a number of derivatives. Most often, these are blends of at least two different beers, each brewed via spontaneous fermentation with wild yeasts over a long period of time.

Sometimes, these derivatives are blended multiple times and may even be sweetened with fruit, sugar or flavoured syrups to counterbalance the naturally tart taste of lambic beer.

Exceptionally sour, cloudy and not carbonated, 100% unblended lambic is rarely available on tap and draughts are categorised as either jonge (young) or oude (old), depending on age and brewer discretion. You can find bottled unblended lambic, from the Cantillon and De Cam breweries, outside of Belgium.

This is a bottled, carbonated blend of young (one-year-old) and old (two- and three-year-old) lambics. It takes a year to carbonate and can be stored for 10 to 20 years.

A discontinued weaker lambic blend that is now only brewed as a component of certain keg beers.

Traditionally, a blend of lambic and much lighter beer, sweetened with brown sugar, caramel or molasses. While modern faro is similarly sweetened, it often has a higher alcohol content than its predecessors.

Lambic beer that’s fermented with sour (usually Morello or Schaarbeek) cherries in the barrel, with secondary fermentation in the bottle. The result is a fizzy cherry flavoured beer that’s very moreish and ideal for those who don’t really like the sour taste of beer.

Lambic Beer Outside Of Belgium

As mentioned, it is generally considered poor form to refer to beer produced outside of Belgium as lambic. Most international (mainly American) brewers are respectful of this convention and so use other names for their lambic-inspired brews.

Some of these names are often specific to the brewery that conceived them and includes Méthode Traditionnelle, Coolship, American Spontaneous Beer, and Northwest Sour Ale, among others.

What Is The Most Popular Lambic Beer In The World?

According to respected beer aficionados, Hop Culture, these are the 10 best lambic and lambic-inspired beers to try right now:

Not To Be Confused With Kölsch

Perhaps because similar geographic naming conventions apply to both beers, lambic is sometimes confused with kölsch.

Kölsch has a protected geographical indication of within 50 kilometres of the German city of Cologne.

How To Serve Lambic Beer: What Kind Of Glass Should You Use?

Although lambic beer can be served in a number of different types of glasses, the classic straight-walled tumbler is the glass most commonly used for this purpose.

This versatile glass is suitable for all types of lambic beer, although kriek is better suited to a large brandy glass, while a flute best compliments framboise and other fruit lambics.

What Foods Can You Pair With Lambic Beer? 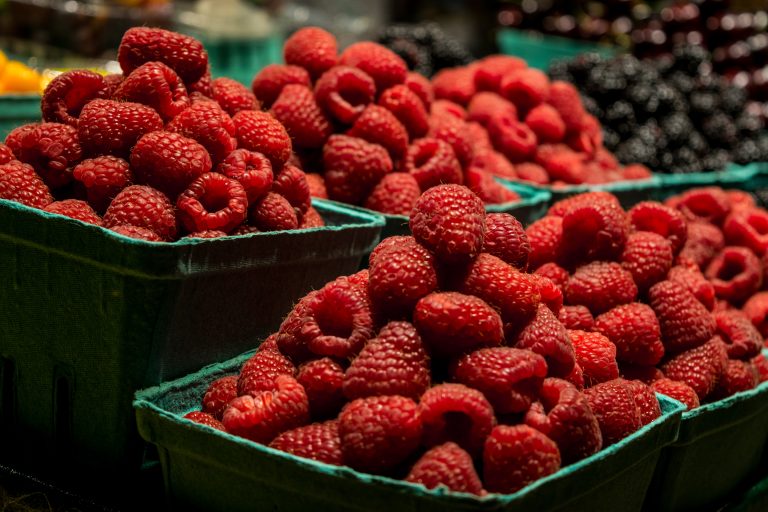 Because of the sour and often fruity flavour of lambic beer, it pairs exceeding well with any fruit and even salads, as well as most desserts. The Crafty Cask recommends pairing framboise or kriek with a green salad with goat’s cheese and peaches or even with a Belgian waffle and berries.

A fabulous beer with so much pairing potential, lambic is one you need to add to your list!