Blog » Wine, Beer & Spirits » Beer » Lager » What is Lager? The Best Lagers Around the World You Must Try Right Now 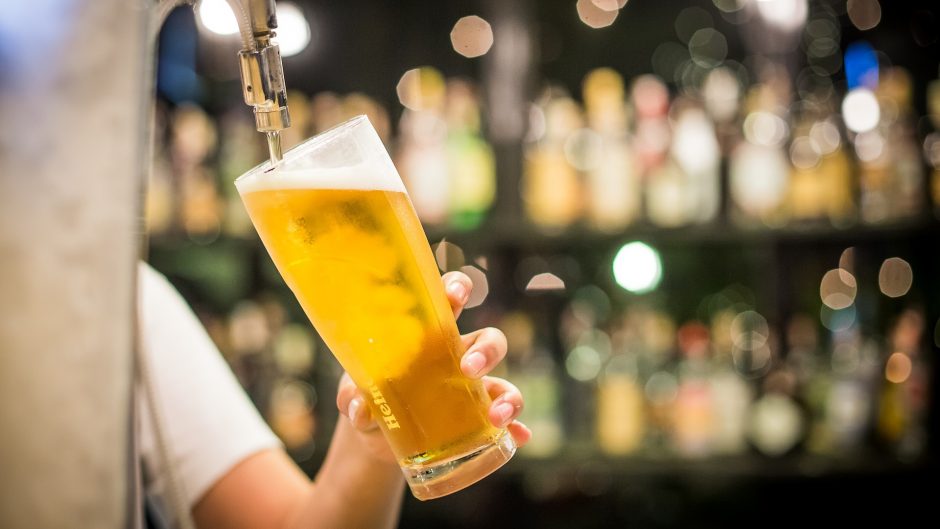 Beer is by far the most consumed alcoholic beverage in the world, and of that category, lager is the most popular type.

What is Lager you ask? Well, it’s the most common type of beer you can find anywhere in the world. Lager beers are brewed by slow fermentation at cool temperatures with slow-acting yeast. They tend to have a clearer and lighter appearance with a lower alcohol volume.

Interested in everything to do with lager beers? Keep reading…

What is the History of Lager? 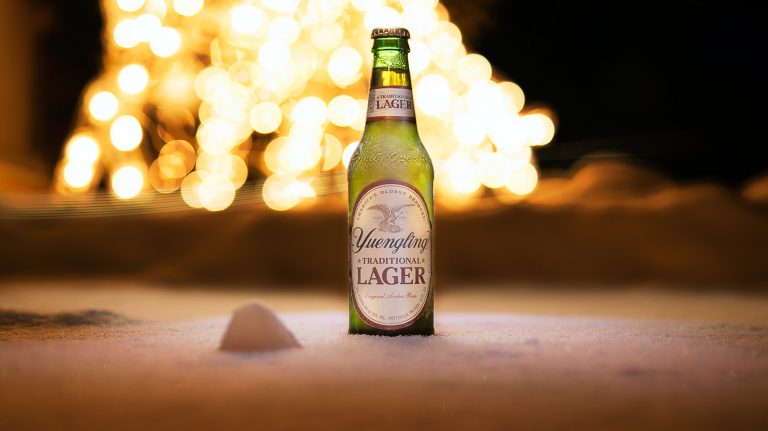 The process of making lager is referred to as lagering and was discovered around 200 years ago in Bavaria. They used to store casks of beers experiencing secondary fermentation in cool caves. This lagering process became popular in areas where cool fermenting temperatures could be sustained.

In the 19th century before refrigerators were invented German brewers used to dig cellars for lagering and fill them with ice found in lakes and rivers to keep their alcohol cool during the summer. When refrigerators were invented, lager making then started to spread throughout the world. Unlike other beers, lagers had longer processed periods and as a result, producers with larger capital resources had the privilege of making them.

What are the Different Types of Lager Beers?

Lagers come in a variety of colours, flavours, taste, alcohol content and composition.

How Much Lager is Consumed Worldwide? 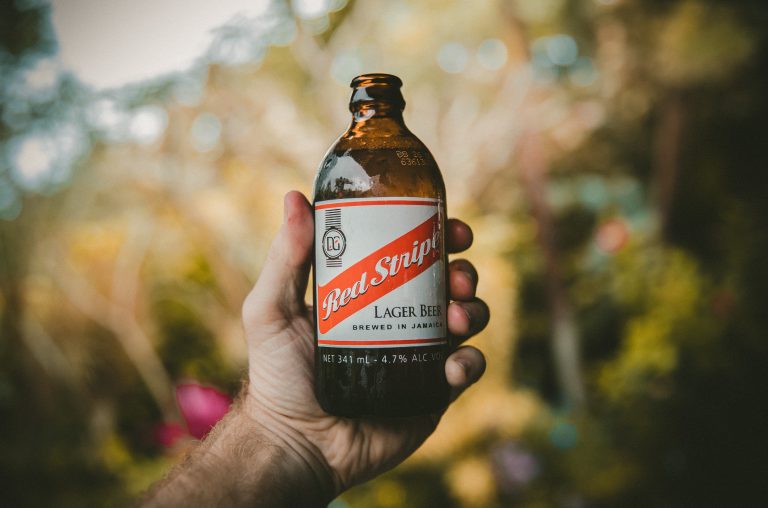 Beer holds a prominent share in the global market when compared to other alcoholic beverages and Europe is seen as the largest consumer of beer in the world. Lagers are predominantly consumed in restaurants, bars, hotels, nightclubs, and supermarkets.

Due to its success, manufacturers are seen introducing new flavours to accommodate new target audiences such as millennials and the Gen Z. Lagers are the most famous type of beer all over the world because their brewing processes offer refreshing and crisp appeal to their consumers.

How are Lagers Made?

Lager beers use a cool fermentation process, which is then followed by maturation in cold storage. The word Lager is actually German and means a warehouse or storeroom.

What is the Difference Between Lager and Other Beers?

The difference between lagers and other types of beers is the fermentation processes they all go through.

What is a Lager vs an Ale?

People tend to generalize the two by comparing them to their tastes, colours, aromas, and alcohol volumes, however, what mainly distinguishes the two is the way they are both fermented. Remember that lager is a bottom fermented beer and ale is a top fermented beer. The distinguishing factors such as colour are found in their subcategories.

Lagers are typically smoother with crisp notes from slow and cold fermentation. Examples of lagers are Pilsners, Vienna lager, Dunkel and Bock etc.

Ales are typically sweeter and fuller-bodied compared to lagers and have hints of bitterness that stem from the hops. Examples of ales are Pale ales, Brown ales, and Indian pale ales.

How Does Lager Beer Taste?

Lagers usually have a very crisp and clean taste and are more mild tasting. Their colours also vary from other beer types because they’re predominantly lighter and clearer in appearance with lower alcohol volume. Lagers are known to have a smoother and more refreshing flavour.

Is Lager a Strong Beer? 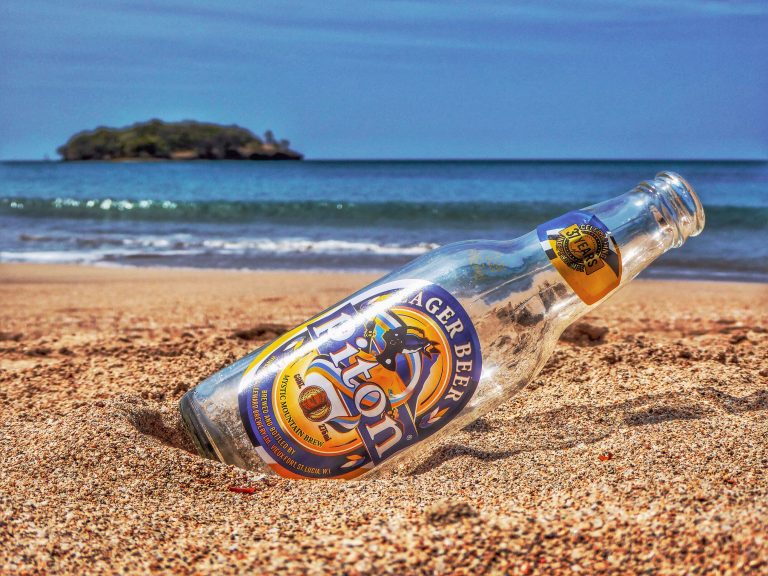 How to Serve Lager Beer?

It’s always advisable to enjoy a lager cold, except for Bock which is served at room temperature. When you serve lager from a tap, use a tall and narrow glass. Make certain that the glass is clean. Place the glass under the tap at a 45-degree angle and pour the lager. When you reach three-quarters of pouring, turn the glass upright and pour a 2-3 cm head on the glass by pushing the tap backwards. Make sure to serve immediately before the head goes down. Don’t forget to place a coaster under the glass.

What are the Best Lagers to Try Right Now?

With so many different lagers out there, it can get quite confusing to narrow down your search to pick a lager that you would like to try. Here are the picks of the best lagers to drink right now.

Doppelbock - A Beer Fit For Any Time Of The Day

What is the Most Popular Lager Beer Brand in the World?

Budweiser is a popular brand around the world and according to Statista, it was valued at $14.65 billion in 2022. It’s a medium-bodied, crisp and flavourful American-style lager. Budweiser is brewed with barley malt and a blend of hop varieties and contains 5% alcohol. It is produced by the Belgian-Brazilian company, AB InBev which was founded in the 1850s.

What Foods Can You Pair with Lager?

Below are some varieties of lager you can pair with your favourite dishes:

This light to dark brown German lager has a deep rich malt flavour with notes of caramel, nuts, and chocolate. It’s not too sweet, but smooth with a low hop flavour. It’s best recommended to pair with German sausage, spicy meats, or spice cakes.

Also known as Oktoberfest, this lager is bronze to copper in colour and has a rich malty flavour. It’s best paired with sausages and soft pretzels.

Bock is a dark lager that is identified by its high malt character with a light toasty aroma. It pairs well with cheese, red meat, and chocolate.

These lagers are strong with a more dominant malty flavour. The high malt content also gives it a high alcohol content. This beer should be paired with gouda, blue cheese, spicy dishes, and curry.

The lager is amber to copper coloured and has a malty aroma and hints of bread or toast notes. Try pairing the lager with grilled meat and vegetables, and white cheddar.

Remember that beers fall under two categories: lagers and ales. What makes a beer a lager is the fact that it’s fermented at cooler temperatures with a bottom fermenting yeast. Lagers are the most popular types of beer because people enjoy their crisp, smooth, and clean flavours. Next time you grab a lager, don’t forget to pour it into a tall and narrow glass.