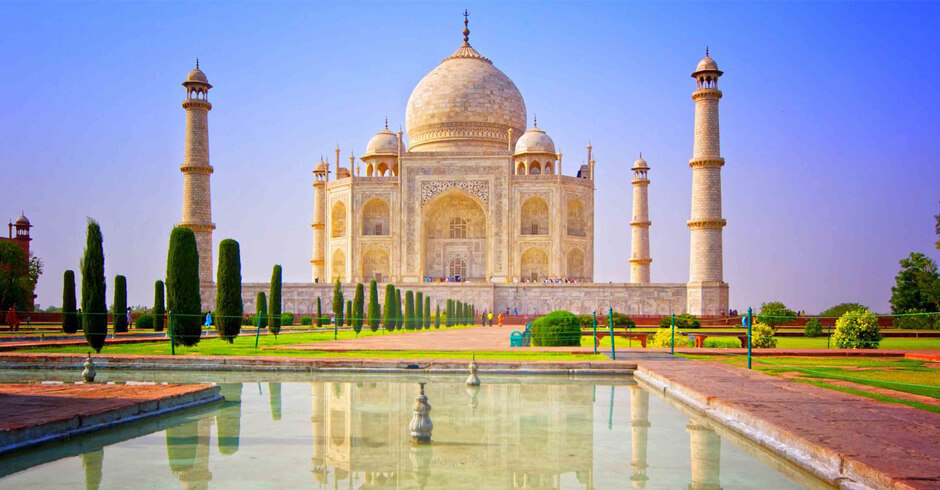 So, this is it. You have found “the one.” Now it is time to find just the perfect place to pop the question. If you are looking to do it somewhere awe-inspiring, here are a few extraordinary places to propose.

What place would be more suitable to propose, than at a place built as a symbol of undying love?

Shah Jahan fell in love with his wife, Mumtaz Mahal, at first sight. So strong was this love, Shah Jahan had the Taj Mahal built for her after she died. It has stood as a symbol of love and devotion for centuries. At dawn, the sun rises and makes the Taj Mahal shine like gold. At night, the light of the moon allows the monument to look like a diamond.

The Taj Mahal, considered one of the most beautiful buildings in the world due to the use of gemstones, detailed and intricate decorations and gorgeous location, is one of the Seven Wonders of the World.

The Light Of Your Life

Have you have wanted to propose under a starry sky, but worry about the weather? This glow worm cave may hold a simple, and awe-inspiring solution.

First explored in 1887 by Maori Chief Tane Tinorau and English surveyor Fred Mace, they discovered hundreds of lights on the ceiling of the cave, creating a wonderland of stars. The cave holds a species of glow worm only found in New Zealand.

Enjoy a quiet and calming boat ride under a sea of living “stars” and pick the right moment to ask the question.

On Top Of The World

Paris, the city of romance, rich in culture and history. Overlooking this grand city is the Eiffel Tower. This impressive work of art was built by Gustave Eiffel for the 1889 100th celebration of the French Revolution.

It was built as a monument and only expected to last 20 years, but the tower was given other jobs. Light shows, experiments and radio transmissions have taken place. Over 7 million visitors come to climb the tower every year. It’s France’s symbol to the rest of the world.

Let the Tower which has inspired artists for decades, inspire you when you get down on your knee to propose.

Venice is another city unique in culture, art and imagination. With its stone buildings, winding canals, boats of different sizes and calling gondoliers, the city seems alive and to float on the sea.

There are 150 canals and 400 bridges in this city. The biggest canal of all is called the Grand Canal. It curves an S through Venice. Once used for transportation, Gondolas are used mostly for tourists now. They are poled through the water by Gondoliers, who wear striped shirts and wide brimmed hats. They are easy to recognize, but you only have to listen to hear them calling from the canals.

If you take a ride on the canal, you will be able to see the many sights of the city, including the church of Santa Maria de Salute. Wouldn’t that be a wonderful backdrop for a proposal?

The Power of Love

Let the size, beauty, and power of the rushing water carry your proposal from one heart to the other.

Niagara Falls is one of the Natural Wonders of the World. It is 170 feet, or 52 metres in height and is part of the Niagara River. Around the falls is an area deeply and richly rooted in history. The falls, itself, has ice age history. It began when the ice sheets began moving southward during the ice age. As they retreated, the ice sheet scooped out the ground, creating the river.

It is the combination of age, height and amount of water passing over the falls which makes this experience so majestic and amazing. With the falls in the background, your proposal will definitely have the wow factor you are looking for.

If you are looking for something more, why not try an experience getaway? You can spend some time together at a fantastic place, and pick the perfect time for your proposal. Now take a breath, and make the next step to creating a memory with one of these extraordinary places to propose.