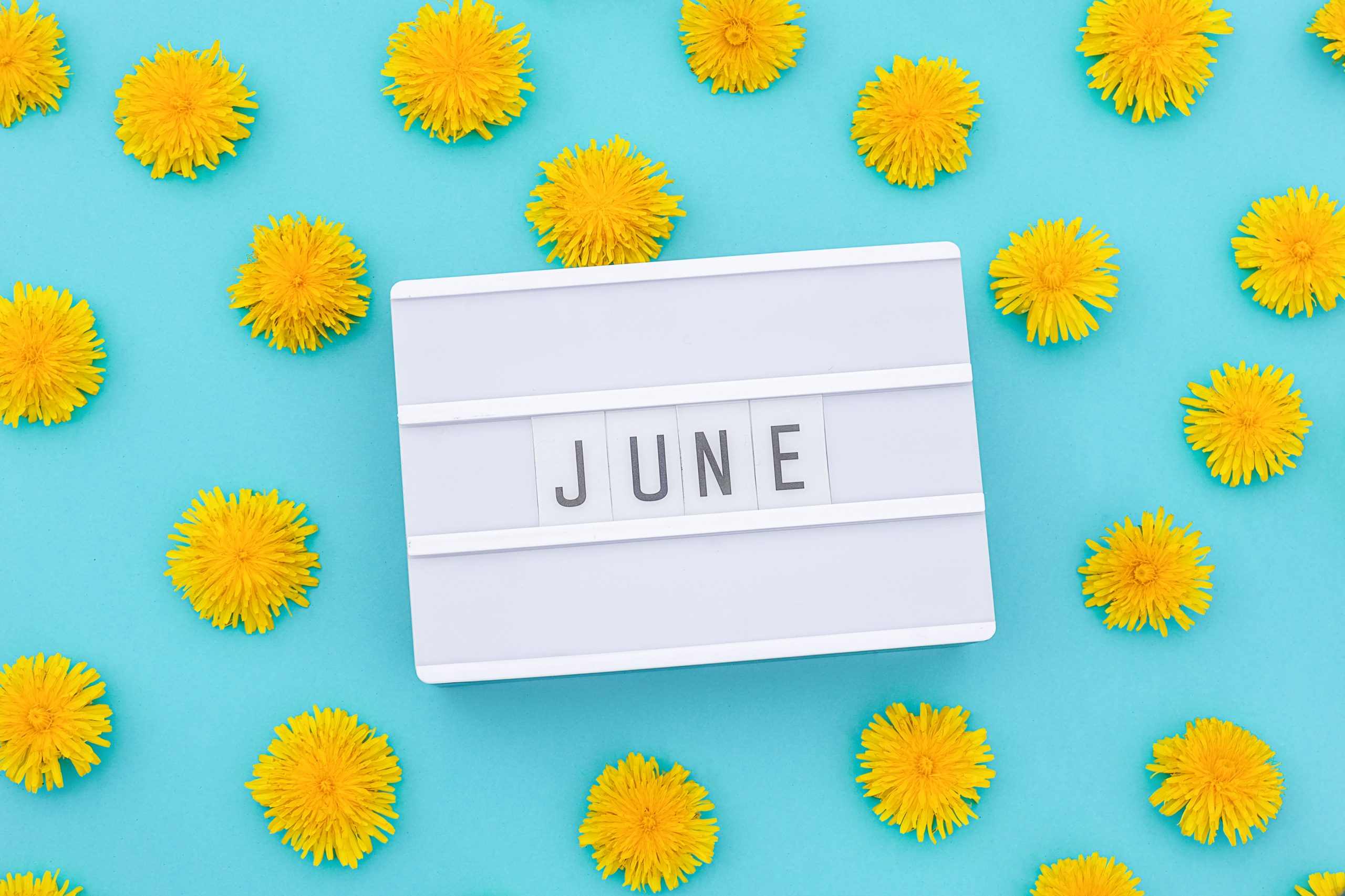 One of the best things about having three birthstones assigned to one month is the fact that they are all so beautifully different, giving all the June babies greater variety. The three gems all have the honour of sharing the title of June birthstone.

From this selection of three, those born in June can choose the best June birthstone to suit their mood and their budget.

What Are June’s Birthstones? 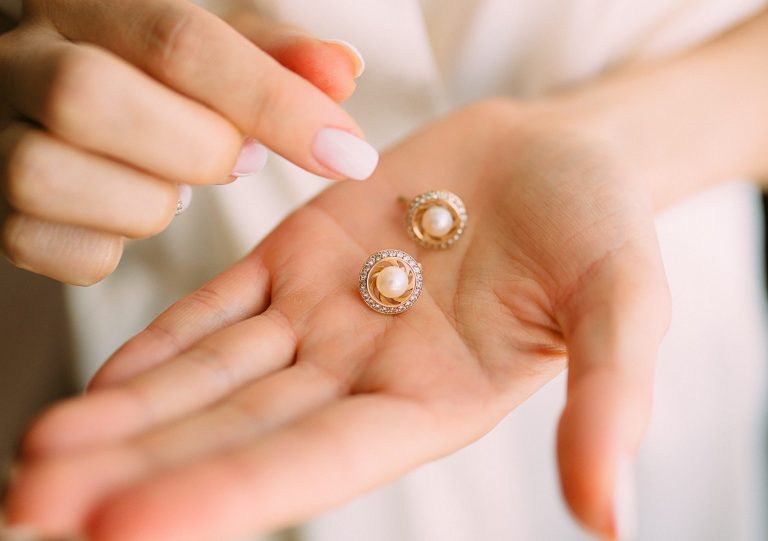 The pearl is perhaps the most popular June birthstone. It originates from major bodies of water, such as rivers, lakes, and oceans, across the world, and there are various types of pearls found in these waterways.

The beauty of the pearl is timeless, and it has become something of a jewellery and fashion staple over the course of several hundreds of years. In ancient Middle Eastern times pearls were thought of as the teardrops that fell from heaven. In ancient Chinese culture the belief was that the pearl was taken from the brain of a dragon.

These organic gems grow inside molluscs like oysters and mussels. They are formed when the mollusc secretes a substance called nacre. Nacre is produced when an irritant like sand invades the mollusc’s shell. These days, cultured pearls are the most common. These are created when technicians implant a piece of mantle tissue into a host mollusc. This forces the mollusc to cover the irritant with nacre in the same way that it would a natural pearl. These pearls, just like their natural counterparts, come in an impressive array of shapes, sizes and colors.

Pearls are commonly associated with a sense of purity, humility, and innocence. As such, it is often said that the meaning of pearls as a birthstone is “sweet simplicity”. The stone is also thought to have beneficial properties, such as the ability to bestow long life and prosperity on those who have possession of one.

In Asia, traditional medicine practitioners subscribe to believing that pearls help to relieve indigestion and haemorrhages, whereas some Arab physicians in the 19th Century thought that pearl powder could improve eyesight, ease depression and quiet nervous tremors. 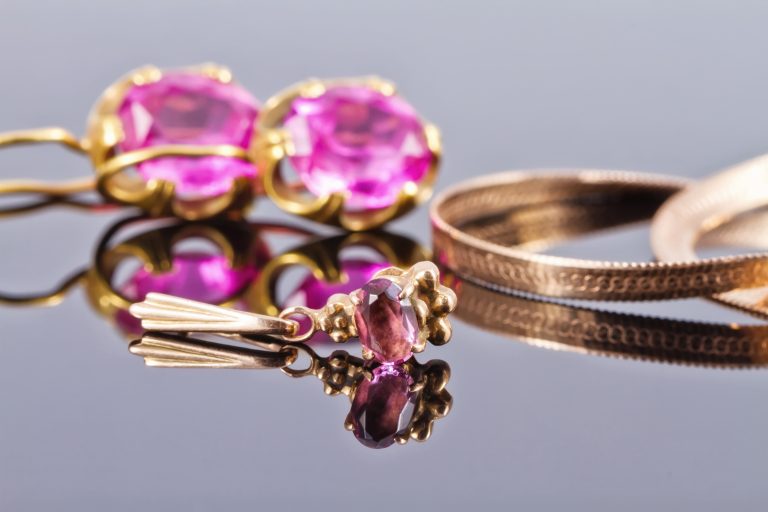 The second June birthstone is alexandrite. This stone has an enchanting chameleon-like personality. In the daylight, it appears to be a gorgeous shade of green with a brown or blue tint. However, when the stone is displayed under artificial lighting, it changes to a reddish-violet shade. This stone is a member of the chrysoberyl family and contains three of the periodic elements: aluminium, beryllium, and oxygen. This stone is special in that it is very hard. In fact, only diamonds, sapphires and rubies surpass it in hardness.

Alexandrite’s unusual colors are thought to be a result of the presence of chromium in the mineral. This stone is not commonly found, which is what makes it quite expensive. The main source of the world’s alexandrite is found in Sri Lanka. But discoveries in areas like Madagascar, Brazil, Tanzania, Zimbabwe, and Myanmar have occurred too.

While synthetic versions of alexandrite are available on the market, it has so far proven impossible to be able to reproduce the color change that the natural stone experiences between natural and artificial lighting. As such, if you are looking for a June birthstone capable of this beautiful color change effect, go for the authentic one.

The very first time that this June birthstone was ever discovered was in 1839 on Prince Alexander of Russia’s birthday. It was discovered in an emerald mine in Russia’s Ural Mountains and was named after the prince. The stone quickly became popular in Russia because it was reflective of the country’s national colors. Many believed that this was a sign of good luck. 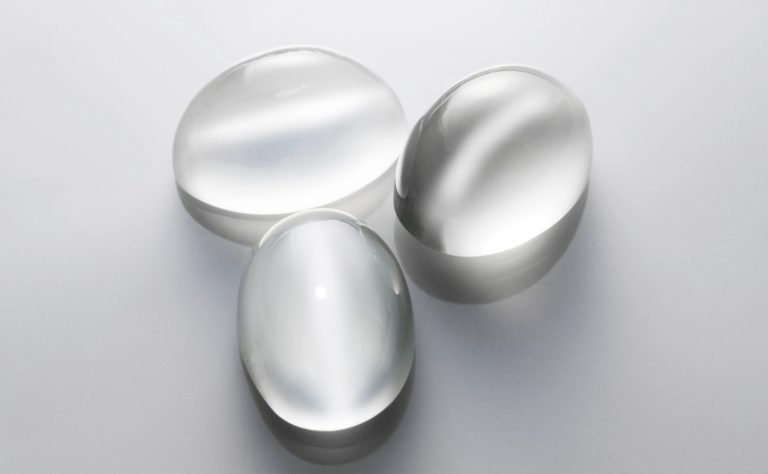 The third and final June birthstone is moonstone. These stones are so named for the bluish white spots that they contain within them, that when held up to the light, project a silvery shade that is likened to moonlight. When moonstones are moved around, their rays appear to bounce around, much like moonbeams do when they catch bodies of water.

Moonstones belong to the feldspar’s family of minerals. These are an important group of silicate minerals that are commonly found in rocks. Approximately 50% of the earth’s crust is made up of feldspar. This mineral can be found in both igneous and metamorphic rocks and constitutes a big percentage of soil and marine clay.

Some of the world’s best moonstones can be found in Sri Lanka, as well as the Alps, Myanmar, India, and Madagascar. Pliny, the ancient Roman natural historian, believed that moonstones changed their appearances in accordance with the different phases of the moon. Many stuck by this belief until as recently as the 16th Century.

It was also thought that the Roman goddess of the moon, Diana, was enclosed within this June birthstone, and as a result, anyone who wore moonstone would enjoy good health, victory, and wisdom. In India, it is believed that moonstones are sacred. They are often displayed on yellow cloth, as the color is also believed to be sacred. This June birthstone, moonstone, is thought to bring about good fortune brought on by a spirit that lives within the stone.

Why Does June Have Three Birthstones?

One of the main reasons that some months have more than one birthstone is because many ancient stones are becoming increasingly rare. This means that finding them is becoming far less common, and consumer demand is not getting met as easily as before.

What Is June Birthstone Color?

June birthstones are available in a wide array of colors, although some are a lot more rare than others.

Some moonstones tend to encompass more than one color, and have thus earned the name rainbow moonstones.

Now you know all about the June birthstones you can choose the one that best suits you or the person you’re gifting them too – or you can go with both!