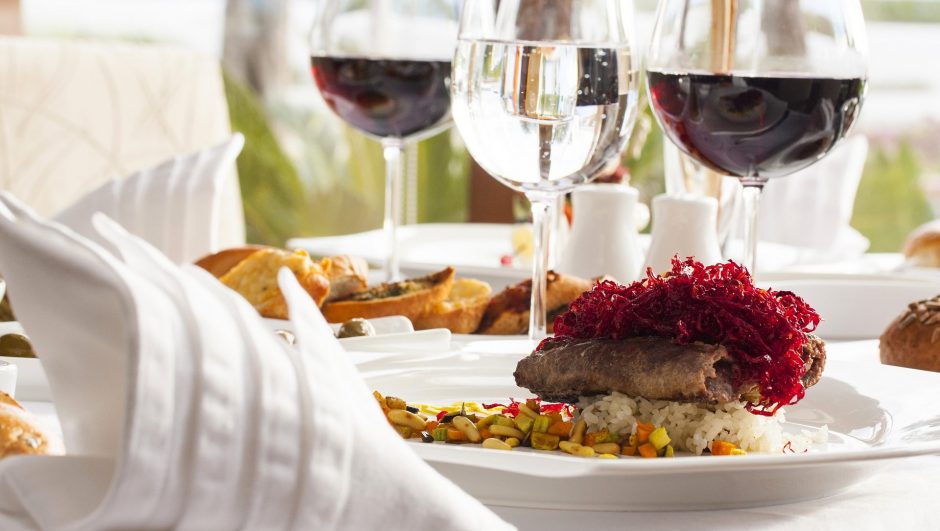 Filmmakers may be awarded an Oscar, signifying that they have achieved excellence in their craft. But for chefs, it is a Michelin Star.

The concept came about in 1926, with a single star being awarded to indicate that a restaurant was particularly outstanding. In 1933 the star system expanded, with 2 and 3 star awards being added to the grading system. 2 Stars indicate cooking so excellent that it is worth a detour, and 3 Stars cooking so good that a special journey is in order to appreciate it.

Jordi Cruz, Manresa, Barcelona, was awarded a Michelin Star at just 24. This is almost unheard of in the professional culinary world, making him a celebrity amongst Michelin star chefs.

Who Is Jordi Cruz?

Many will know the name from MasterChef Spain, where he acts as a host. Even now at age 43, he is young as far as outstanding chefs are concerned, but this doesn’t stop him from having a massive global presence. He is widely recognised as amongst the best Spanish avant-garde cooking masters, though is proficient in virtually all styles of cooking.

Although many popular restaurants fall under his name, he has published a book and has received multiple Michelin Stars, conversations about Jordi Cruz generally involve the age at which he achieved success. He was the youngest chef in Spain, and the second youngest in the world, to have received a Star.

Chef Jordi Cruz was born in Manresa, Catalonia in 1978. Unlike most other successful chefs, neither his mother nor father worked in catering, making it particularly unusual that the young man gravitated towards cooking.

At the age of 7, he was committed to being the greatest chef in Spain and immediately set out to make the dream come true. At age 14 he started work at the Barcelona located Estany Clar restaurant, determined to make a name for himself. Just 4 years later he was appointed head chef of the kitchen. This means that, against even the most optimistic expectations, Jordi Cruz was head chef of a well-respected restaurant at 18.

This achievement alone makes him a remarkable name in the culinary world, more so that it was just a few years later when he was awarded his first Michelin Star. He had the star pinned to his name at just 24, which is nothing short of incredible. Before hitting even his mid-twenties the young Cruz had achieved what many chefs spend their entire lives chasing. Though, of course, this was just the beginning of a blossoming career.

Chef Jordi Cruz left Estany Clar to work at Angle, where he received yet another star. But it wasn’t until 2010 that his career really took a turn. He was given the position of head chef at the highly acclaimed Hotel ABaC. A year later the establishment was given 2 Stars, once again proving that Cruz was amongst the best in the country. Today, with him still acting as director the establishment has 3 Stars.

From then Cruz’s career went from strength to strength, with him landing his position as host of MasterChef Spain in 2013. The show, still ongoing today, catapulted him to international fame.

The Family Business: A Conversation with Chef Elena Arzak

It is, of course, the culinary establishments that a Michelin Star chef is most acclaimed for. Although not boasting the globally spanning networks of some other chefs, Cruz does have a handful of venues in Barcelona.

The ABaC Restaurant, housed in the ABaC Hotel, is widely seen as the finest in Barcelona. It is the most well-known of the Jordi Cruz restaurants, with the hotel not only being 5 stars but the restaurant a full 3 Stars. Simply put, the ABaC Restaurant is intended to cater to the most demanding gourmets in the world. The menu is limited, and each meal outrageously expensive, but the cuisine abides by world-class standards. Interestingly enough, however, guests often comment that the ambience of the establishment is laid back, friendly, and very welcoming.

The Angle Restaurant is housed in the Cram Hotel. It holds 2 Stars and is seen by many as the lighter, more accessible version of the ABaC Restaurant. Though, just because it has a starless, it certainly doesn’t mean that the Angle is a lesser experience.

Ten’s Barcelona is again a step down in terms of prestige, but still highly rated. It is far more affordable and accessible than the above but is still noted as being an upper class, elegant tapas restaurant.

Last of the Jordi Cruz restaurants is Atempo Barcelona, known not only for providing the expected Cruz quality and high standards but also for embracing an elegant décor style reminiscent of the 1920s.

Chef Jordi Cruz has received a number of accolades and awards in his career, from 2002 onwards. The most notable include;

His book Cocina con Lógica was published in 2005. The title translates to Cooking With Logic and is praised for presenting cooking techniques in a straightforward manner, focused on simplicity above all else. Cruz has always touted approaching cooking with passion, but also with forethought and logic, a concept that is thoroughly explored in his book. He is quoted as saying that simple dishes that are approached with logic and care are those that really stand apart.

He is also a strong proponent of proportionality in cooking, as well as favouring vacuum cooking, both of which are covered in the cook. Cruz also references the teachings of legendary French chef George Pralus, a man he cites as his biggest cooking mentor and influence.

Cocina con Lógica is Cruz’s only book as it stands, but rumour is that he will be releasing a second book in the near future.