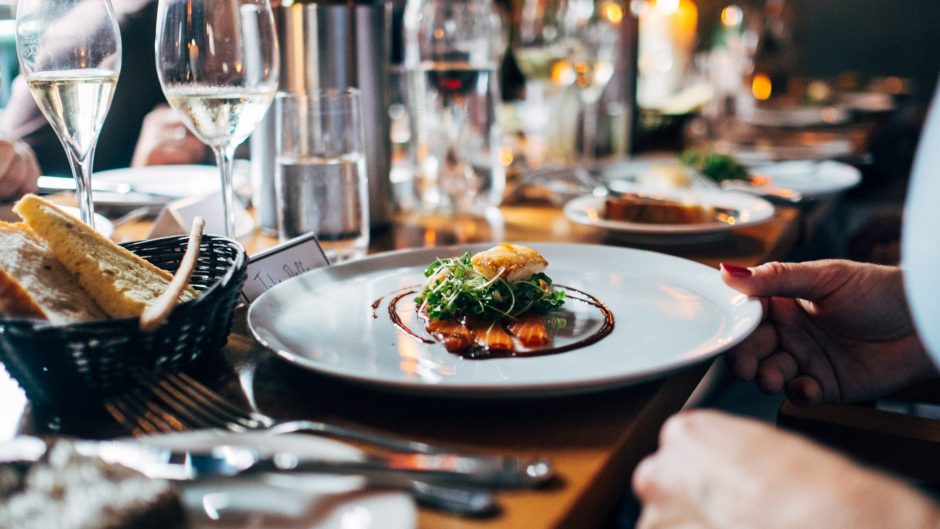 Joel Robuchon was one of the most decorated Michelin star chefs of his generation. His career was and continues to be even years after his death, one of the culinary industry’s most illustrious. The French-born chef has left behind a legacy that has continued to spread across the globe, with restaurants bearing his name spanning at least three continents, with outposts from afar afield as Montreal to Tokyo.

Below, you’ll find a quick guide to the major impact that Chef Joel Robuchon has had on the food and beverage industry. We have detailed the prolific nature of his empire and share a bit more about the humble beginnings of the chef who holds the record for being awarded more Michelin Stars than any other. Let’s take a closer look.

Who Is Chef Joel Robuchon?

Joel Robuchon has made remarkable contributions to the culinary world. In 1990, he was awarded the esteemed title of “Chef of the Century” by the Gault et Millau Cooking Guide.

The chef was born in April of 1945 in Poitiers, France. He was the son of a bricklayer, and before becoming a chef, briefly considered working in a seminary.

At the age of just 29, Chef Robuchon took over the reins at the Concorde Lafayette Hotel, where he managed 90 cooks and was in charge of serving several thousand meals every day. It was during this time that he became well-known for his professionalism, assurance, rigour, and creativity in the kitchen. After leaving the Concorde, he served as the Executive Chef and as the Food and Beverage Manager of the Hotel Nikko. This is where he gained his first two Michelin Stars. Shortly after that, in December 1981, Joel Robuchon opened his very first restaurant, which he called Jamin.

How to Cook With (or Like) a Michelin Star Chef

In the first year of Jamin’s operation, the restaurant was awarded one Michelin Star. In its second year, it was awarded two, and after three years, it was awarded three. Such a feat had never before been seen in the world of gastronomy. Over the course of the next 10 years, Jamin continued to achieve remarkable success. So much so that in 1994, the chef decided to open another restaurant. He named this one after himself and located it on Avenue Raymond Poincare.

When he turned 50, Chef Robuchon announced his retirement and decided instead to focus on passing over his knowledge to younger chefs in training. At this stage, he partnered with his friend, Guy Job, and created a TV show called Bon Appetit Bien Sur. On this show, he would host cooking lessons. The show ran for a decade and served as a springboard for Planete Gourmande, which the chef began hosting in September 2011.

Perhaps one of the most prolific aspects of his career is the fact that Joel Robuchon was able to do what no other chef had been able to do before: he built an empire. The chef travelled the world to learn more about global cuisine and paid particular attention to the regional food of Japan and the tapas of Spain. This gave his cooking and his vision more life, which is what inspired him to create a new restaurant concept. He no longer just wanted to cook for guests, he wanted to prepare his cuisine in front of them. Thus, his L’Atelier de Joel Robuchon empire was born.

The chef tasked Pierre-Yves Rochon with helping him design the space so as to exude luxury, as well as to showcase his products and flavours. Soon, the classic red and black of L’Atlelier became one of the most recognisable fine dining cues in the world. Of course, the dining experience at L’Atelier needed to be finished off with music. Chef Robuchon called on conductors Eric Bouchenoire, Eric Lecerf and Philippe Braun to write the musical score to his cuisine, which then created a complete sensory experience for diners. Aside from the finest cuisine that money can buy, L’Atelier had given itself something of an edge over any other restaurant.

From its Paris location, the restaurant has since also branched out to Las Vegas, New York, London, Hong Kong, Taipei, and Singapore.

Signature Joel Robuchon restaurants are located all over the world. The full list is as follows:

Past locations of Joel Robuchon restaurants include Montreal and Bangkok.

Throughout his decades-long career, the chef received plenty of awards for his magnificent contributions to the culinary industry. These awards include:

Many of these cookbooks received critical acclaim and spent plenty of time at the top of best-seller lists around the world.

The esteemed chef passed away in Geneva, Switzerland, in August of 2018. While the culinary world was understandably saddened by the loss, his restaurants across the world continue to flourish and keep his legacy alive.