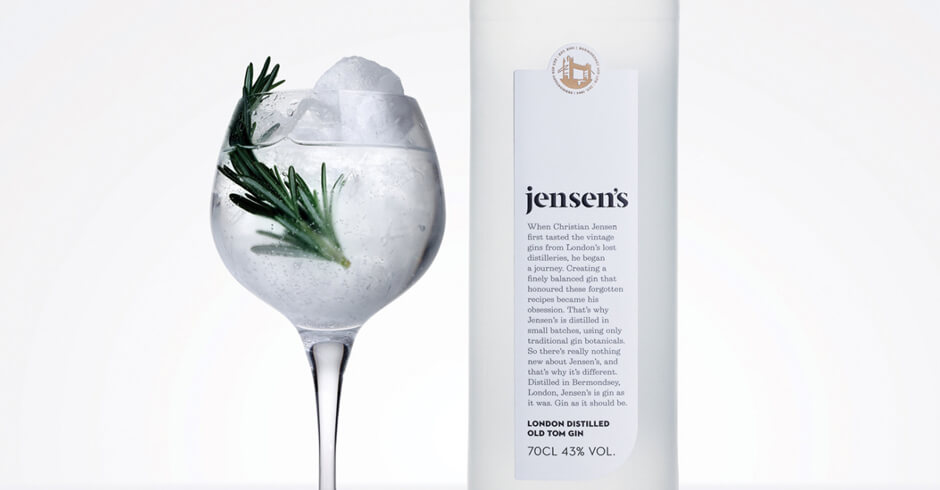 Less than a decade ago, there was only one independent gin distillery in London. A sorry state of affairs for the city known as the home of the spirit. Now, though, the gin craze is back. From Sipsmith’s to the City of London Distillery and Jensen’s Gin, gin production has come back to where it all began.

The roots of one of these distillers, however, can be found somewhere a little further afield. It was 2001, and banking IT specialist Christian Jensen had just relocated to Japan as part of his job.

One evening, after a tough day, he sought out somewhere to enjoy a quiet drink. Finding one of Tokyo’s renowned hidden bars, he made his acquaintance with the barman, who introduced himself as one ‘Oda-San’.

The barman poured him a clear drink in a crystal tumbler, garnished with lemon peel. “This is a naked martini with pure gin from your city, London, nothing else.” Jensen’s first taste of vintage gin, the drink was smooth and awake with flavour, possessing a complexity and balance not found in other contemporary gins.

Over the following months, Jensen returned to the bar regularly to enjoy the same tipple. And when it came time to return to London, he marked his final night with a visit to Oda-San. The barman handed him a gift – “the last bottle, the soul of London and its gin.” Christian, it turned out, had consumed more or less all of the old cases of this long ago defunct gin in his time there. Now he had quite possibly the last bottle in the world.

Also see  The Most Collectible Gins in the World

Desperate to find more, when back in London Jensen employed a concierge firm with the task of finding where he could get hold of more of the gin. He managed to find the odd bottle at auctions but, down to his last half bottle, he was prepared to accept defeat.

That was until he received a call from the concierge firm. They told him they had found a public records office with documents relating to the old gin’s distillery.

Thumbing through all of the dusty, worn documents, Jensen finally came across some recipes. All he had to do now was recreate them.

A long search led him to Charles Maxwell, master distiller at Thames Distillers in Clapham. Together the pair used the old recipes and the remnants of Jensen’s final half bottle to come up with a gin Christian really liked, and was true to the original. With 800 cases of the gin made, Jensen persuaded a couple of his favourite local bars – The Hide Bar on Bermondsey Street and Bedales of Borough Market – to buy some, while he stocked up his flat. The idea was that he and his friends could once again enjoy the perfect martini.

Having dug into the golden age of gin in London, Jensen had discovered the rich heritage of the spirit in his Bermondsey neighbourhood. This inspired the name for the new gin: Jensen’s Bermondsey Dry Gin. Before long, the bartenders of London were asking for more and more of this new creation and a commercial enterprise was born.

Jensen wasn’t finished, though. Looking back through the recipes he had found, he came across one for an Old Tom gin. Countering the commonplace belief that Old Toms had to be made using sugar, the recipe included natural sweetness and a complex mix of botanicals.

Today Jensen’s can be found in Selfridges, Harrods, bars across the country and in its own distillery under the railway arches at Maltby Street Market – a smaller sister of Borough Market, a ten minute stroll away. Jensen’s are now also opening their doors for the ultimate gin experience at the distillery – exclusively with TRULY. There’s no word yet on whether Oda-San is stocking a bottle, though…