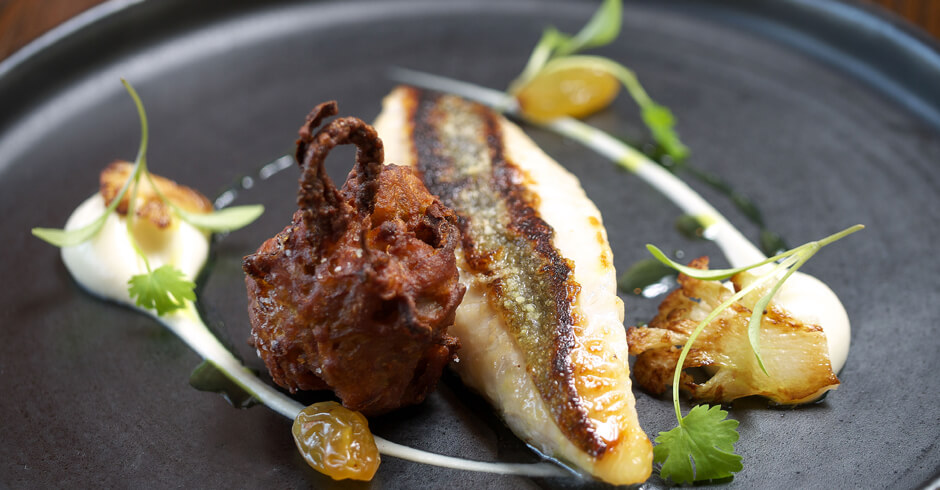 Just how does one describe a famed chef who owns and manages a huge global empire of restaurants, who is continually pushing the envelope and trying out new ventures and one who manages to enjoy a fulfilling family life?

A mogul, a titan, a magnate or a tycoon? None of these describes the 3 Michelin star Chef who has made America (and the world) sit up and take note.

Join us as we get to know 3-star Chef Jean-Georges Vongerichten.

Who is Chef Jean-Georges Vongerichten?

Chef Jean-Georges Vongerichten was born near Strasbourg in the Alsace-Lorraine region of north-eastern France in 1957 to a family invested in food. Jean-Georges’ mother and grandmother cooked food daily for the employees in the family’s coal business.

He credits his mother and grandmother and those early meals they cooked as a major influence on the way he perceived food later in his life.

He trained under some of the top French chefs such as Paul Haeberlin (where he started as an apprentice under Haeberlin at Auberge de l’Ill), Paul Bocuse and Louis Outhier.

Following extended stints cooking in South-East Asia and the Far East, Chef Jean-Georges (as he is affectionately known) settled in New York in 1985, introducing North American diners to Asian fusion.

He currently lives in New York, from where he manages his restaurants and brand. He is married to Marja Vongerichten of Korean and African American descent and they have a daughter, Chloe. He has a son and a daughter from his first marriage, Cedric (who is the Executive chef at Perry Street) and Louise, also in the restaurant business ̶ Chefs Club in NYC.

Chef Jean-Georges cut his teeth opening 10 restaurants around the world from 1980 to 1985. These included the Oriental Hotel in Bangkok, the Meridian Hotel in Singapore and the Mandarin Hotel in Hong Kong.

Following his relocation to the US in 1985, Chef Jean-Georges immediately set to work by opening a restaurant the Le Marquis de Lafayette restaurant in Boston. His move to NYC a year later saw him helming the Lafayette in the Drake Swissôtel.

After he met financiers Bob Giraldi and Phil Suarez, they opened a bistro, JoJo, in 1991 which took the city by storm and was named the Best New Restaurant of the Year, and given three stars from the New York Times. Chef Jean-Georges was just 34 at the time.

Chef Jean-Georges went on to build up an American and global empire of restaurants as his fame grew and the accolades poured in.

Vong: Vong was Chef Jean-Georges’ love letter to the East’s spices and flavours gained during his time in Asia. Serving Thai-inspired French cuisine, Vong was an instant hit. Not placing his eggs in one basket, Chef Jean-Georges also opened The Lipstick Cafe which served breakfast and lunch to the mid-town business crowd in NYC. Vong closed in 2009 but Chef Jean-Georges had bigger things in mind.

Jean-Georges: Then came the biggie in his signature Jean-Georges restaurant in the Trump International Hotel and Tower in NYC in 1997, which earned a 3-star Michelin rating, an accolade it held until 2017, after which, it held on to 2 stars. Here Chef Jean-Georges introduced New Yorkers to his take on haute French cuisine but without the heavy sauces, ̶ focused more on lighter fragrant oils and broths.

A second Vong was opened in fashionable Knightsbridge in London and another at the Mandarin Oriental Hotel in Hong Kong. The fourth Vong introduced Chicagoans to the brand in 2002, after which the name changed to Vong’s Thai Kitchen. All Vong’s have since closed.

Chef Jean-Georges has innovated and opened so many restaurants that it’s impossible to describe them all and not tie up busy readers for hours but here’s a list of the mains.

In March and May 2022, both the Wall Street Journal and the New York Times reported that Chef Jean-Georges via his company is set to fill the Seaport District’s Tin Building with fresh retail seafood markets, dining counters and restaurants and much more, due to open soon in NYC.

Chef Jean-Georges Vongerichten has received top awards and accolades from The New York Times, Esquire, numerous James Beard Awards and previously held 3 Michelin stars. In fact, his awards and accolades are too numerous to list here. Possibly one of the most prestigious in terms of his culinary heritage is he made the inaugural list of the 1,000 best restaurants in the world, sanctioned by no less than France’s Foreign Ministry.

Vongerichten is the author of five cookbooks:

He appeared with his wife on the PBS series Kim Chi Chronicles and was a notable interviewee with Oprah Winfrey. He has also received a lot of press and magazine coverage. Chef Jean-Georges’ net worth is estimated at $55 million.

Not only is Chef Jean-Georges Vongerichten a talented and savvy businessman, but he is also a family man who enjoys cooking for his family, loves breakfast, is addicted to Kim Chee and is also a philanthropist. His Foundation, Food Dreams, is dedicated to offering scholarships, training and job placements for graduates of some of the best culinary institutes around the world.

But Chef Jean-Georges is modest too. He regards his biggest culinary legacies as working with sustainable organic farmers on supplies and his philanthropic foundation, Food Dreams.

He works out daily, has three grandchildren, cooks in Prada shoes and is frank about his past challenges and the life of a famous chef. Food and cooking are his life and his legacy in terms of influence will be a large one ̶ globally.