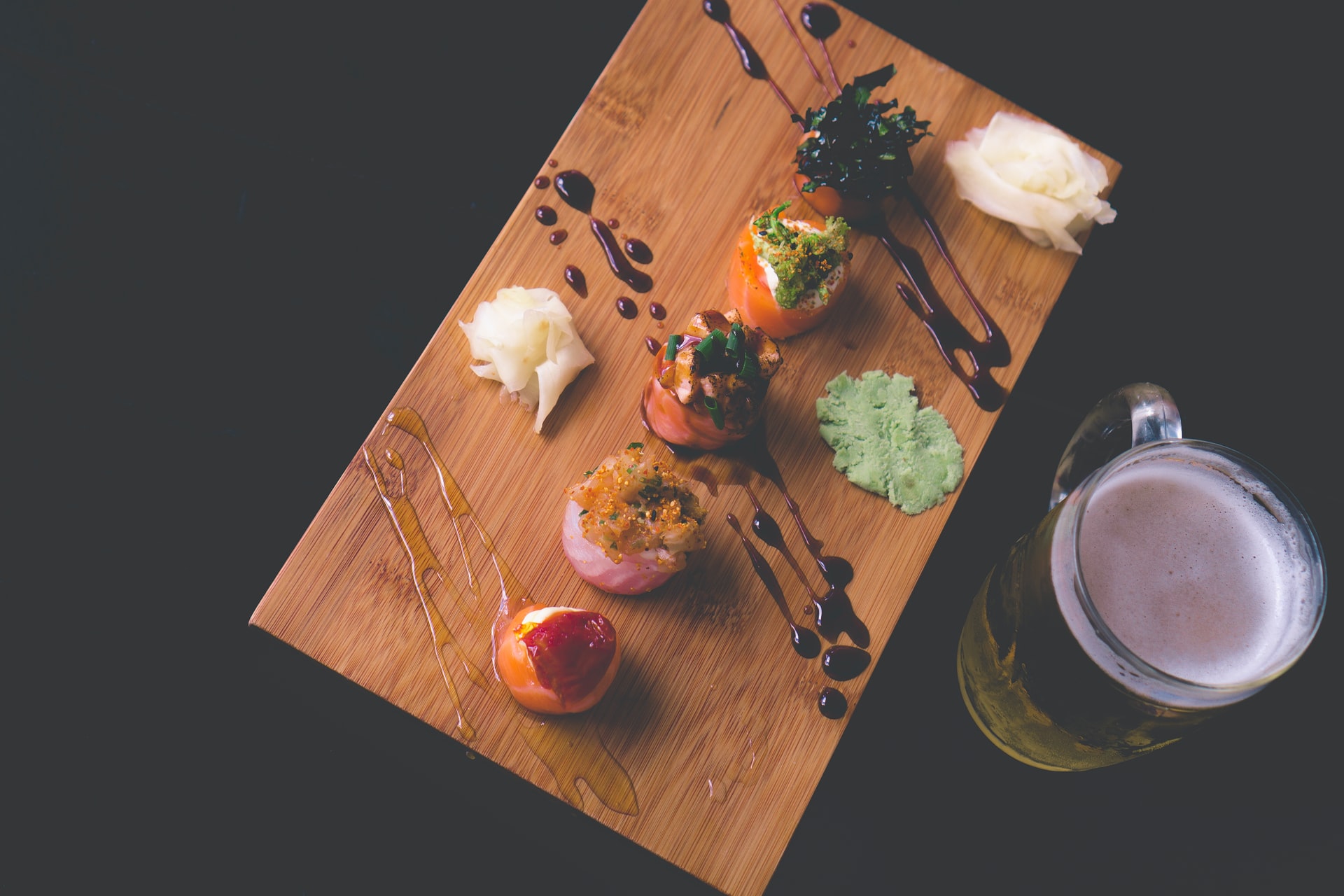 When you think of Japan, beer isn’t the first thing that comes to mind. But it turns out the Land of the Rising Sun has a rich beer-drinking history that may surprise you!

A Brief History of Japanese Beer

Brewing beer is an art form that the Japanese have pursued with their typical emphasise on refinement and quality for many generations. Beer first appeared in Japan during the 17th Century Edo Period through the influence of Dutch traders.

It wasn’t long before these imported beers gave rise to a distinctive local brew. By combining rice with traditional beer ingredients, the Japanese created a unique beer style that has its own distinctive flavour.

During the late 1800s, the first commercial breweries were established to provide for foreigners, and to meet the growing local demand. As the popularity and appreciation for Japanese beer grew, more breweries opened.

The first of these was the Kirin Brewing Company that was started by a savvy foreign businessman. This was followed by the Hokkaido Development Commission opening the Sapporo Brewery. Some years later the Osaka Beer Brewing Company was established and began to produce Asahi beer.

What Are The Major Brands of Japanese Beer?

Since those early days, there has been a profusion in the variety of different types of beer produced in Japan. Despite this growth in diversity, they are a few brands that stand out as being especially loved by beer drinkers.

One of the most popular Japanese beer brands is Sapporo. Their classic Sapporo Premium Beer is a wildly successful rice lager and synonymous with sushi bars the world over.

Another well-renowned beer brand is Asahi and for good reason too. Asahi Super Dry is one of the most desirable dry beers you will ever enjoy. Its light and refreshing taste brought about a dry beer-drinking revolution in Japan with huge consumer demand.

Perhaps the most widely recognised brand is Kirin with its flagship Kirin Lager being a firm favourite. This may have something to do with the dragon-like creature they have on the label. This mythical animal is supposed to bring good luck and who can say no to drinking a cold beer and getting good luck!

Which Japanese Beer Is Better, Asahi Or Kirin Or Sapporo? 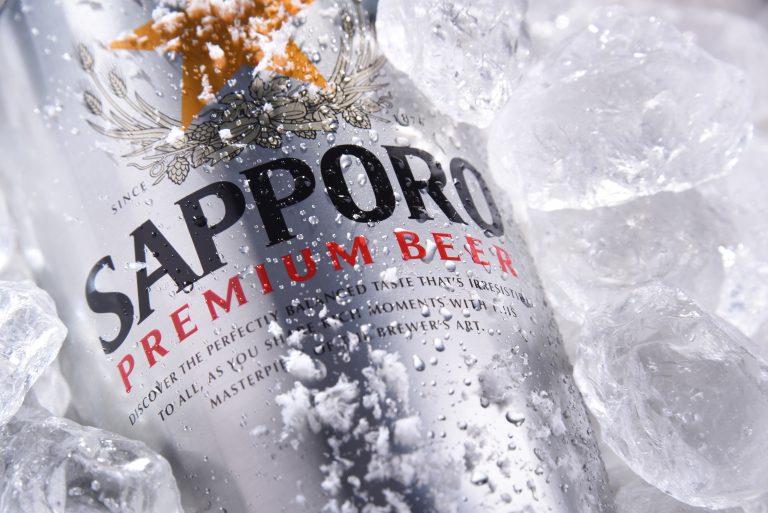 Each of these three major brands has a wide range of different beers to suit different occasions and palates. With such a variety you can be sure to find the best beer for you!

For those of us that take pleasure in a beer brewed with malted barley then Kirin Ichiban is a top choice. This Japanese style pilsner only uses the first press of the wort which gives it a slightly bitter flavour.

If you enjoy draft beer, then Sapporo Nama Black Beer could well be the best choice for you. This beer combines the umami flavour of wheat with a rich creamy foaming head.

For the Asahi fans who prefer a dry beer then Asahi Dry Black may be your perfect beer. The combination of rice with roasted malt means the typical dark lager flavour is cut with the crisp dryness Asahi is so famous for.

What Is The Most Popular Japanese Beer In Japan?

Even with the huge influx of new breweries and different styles of Japanese beer now available, one beer has continued to be the most popular. This is the much-acclaimed Asahi Super Dry.

The remarkable success of this beer led to what is known as the Dry Wars where rival breweries began to produce similar dry beers to compete.

Leading the way was Kirin Ichiban with its pure malt beer, unlike Asahi Super Dry which uses rice as a key ingredient.

Major beer producer Suntory also launched their Premium Malt’s beer range at this time to persuade beer drinkers that there was more flavour to malt beer than dry beer.

Despite this fierce competition, Asahi Super Dry remains the most popular beer in Japan.

What Are The Different Styles Of Japanese Beer?

Since the 1990s there has been an explosion in the number of microbreweries found in Japan. This led to many different styles of beer being produced. IPAs, ales, weissbier, fruit beers and other niche beers have all been added to the menu.

For a distinctly Japanese style beer, we suggest you try Echigo Koshihikari. This rice lager is produced by the first microbrewery in Japan and has a wonderful soft flavour.

If you prefer an American-style pale ale with a more complex aromatic profile, then you should definitely try Lucky Dog. It is produced by a long-standing craft ale brewery and has a citrusy taste with hints of grapefruit.

Perhaps the most unusual Japanese beer is Echigo’s Red Ale. Apart from its peculiar ruby colour, this ale has an uncommon number of fruity notes with hints of pomegranate and raspberry jam. Perfect for the traditional beer drinker that is looking for something different.

What Are The Best Japanese Beers By Style? 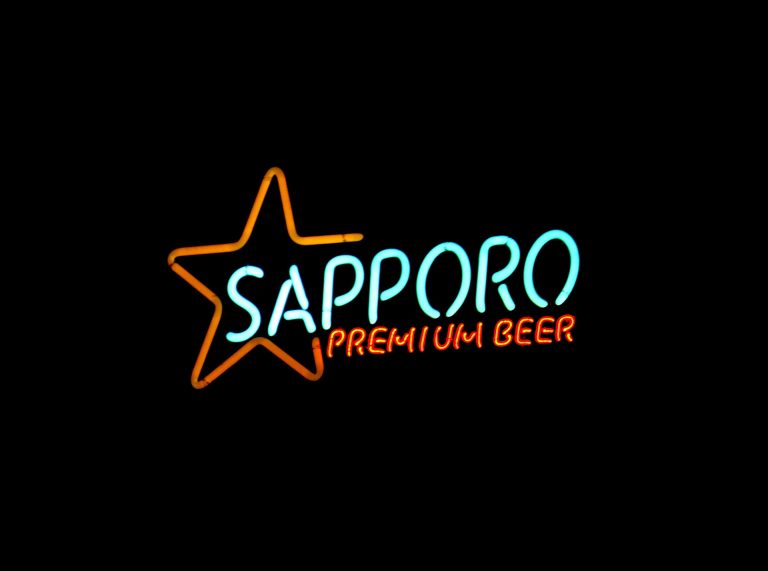 In terms of European-style lager beers, most people will agree that Sapporo Yebisu Beer is the best one produced in Japan. It has been acclaimed for its high quality, intense flavour and is made using only imported German ingredients.

For a Pilsner enthusiast who is looking for a refreshing and light beer, the best choice is definitely Orion Draft. Produced in Okinawa this draft beer is the perfect drink for a hot day on a tropical beach.

If you are looking for the top traditional Japanese style rice ale you should try Hitachino Nest Red Rice Ale. It has an unusual rose colour and slightly fruity flavour which comes from its main ingredient which, no surprise, is red rice!

What Are The Best Microbrew Or Craft Beers In Japan?

With the surge of micro-breweries, there are now a huge number of craft beers being produced in Japan. It can be overwhelming to find the best ones and that’s why we suggest trying as many as possible!

A good place to start is with one of the most established and oldest craft brewers, Yoho Brewing. They produce a world-class Porter called Tokyo Black. This robust beer is dry with a smooth texture and notes of smoke and chocolate.

From another great producer of craft beer, you should try Baird Beer’s Dark Sky Imperial Stout. This has the classic rich roasted-malt flavour with a strong hop bitterness and notes of chocolate and coffee.

Which Japanese Beers Have Won The Most Awards?

While several major Japanese beer brands such as Suntory The Premium Malt’s have won awards over the years the International Brewing and Cider Awards had two lesser-known Japanese beer winners in 2021.

The winner of the Speciality Beer of the year went Spring Valley Brewery’s Juicy Hop. As a subdivision of Kirin Beer, Spring Valley produces a number of craft beers, and this winner was unfortunately a limited edition.

The other lesser-known beer to win an award was Ise Kadoya Beer. This craft beer producer has a range of unusual beers and last year it’s Nou ga Trokeru Ultra Heaven 3xIPA won the best Strong Beer at these prestigious awards.

What Are The Best Japanese Beers To Pair With Japanese Food?

Japan is well known for its excellent seafood and many restaurants specialise in this cuisine. If you enjoy the strong flavours of salmon or mackerel, then a great pairing is with Sapporo Reserve Beer. This malt lager cleans the palate beautifully and combined with fish it creates a delectable umami aftertaste.

If you prefer you the rich crispiness of sweet and sour pork or teriyaki chicken the ultimate pairing is with Yona Yona Pale Ale. The soft smoothness of this pale ale gently cuts through fried food and its slight sweetness complements pork flawlessly. Yoho Brewery produces this sublime pale ale, and it is extremely popular in Japan.

For spicy hot food lovers, the quintessential beer pairing is with Indian Pale Ale. Echigo produces an excellent American-style IPA with their Echigo Flying IPA. With only a mild hop bitterness and citrusy aroma, this IPA pairs perfectly with any spicy dish. 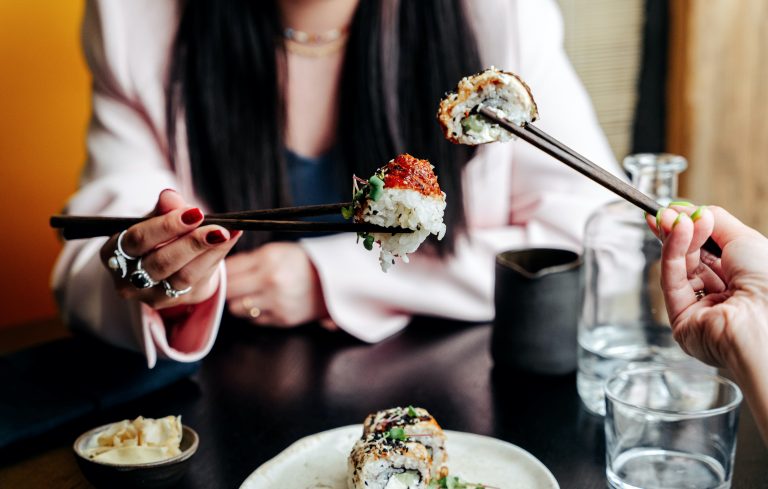 Sushi has a unique flavour profile that highlights the delicate fish with a slight tang from the vinegar. This delicate balance needs to be paired with a light beer that has a clean and crisp taste so that it can complement the sushi flavour.

Kagua White is a Belgian-style ale that is highly recommended as one of the best beers to pair with sushi. The yuzu aroma and high level of carbonation found in this beer compliments sushi perfectly.

A similar sushi speciality ale is Kyoto White Yuzu. It also features a very light flavour and citrus freshness that comes from the yuzu.

How To Order A Beer In Japanese

Whenever you go into a bar in Japan the first thing to remember is that politeness is an integral part of Japanese culture. For this reason, it is important to wait your turn and join the line of other patrons waiting for a drink.

A great first word to learn is “kudasai” which means “please”. Then add “namu biru” which means “craft beer”, or use the Japanese beer brand name you would like to order instead.

The final word to learn before you begin exploring the exciting world of Japanese beer is “kampai” which means “cheers”.

With so many unusual and delicious types of Japanese beer available you are sure to have an enjoyable and interesting night out!