Blog » Wine, Beer & Spirits » Beer » Beers from Around the World » European Beers » What is Italian Beer? Best Italian Beers You Must Try 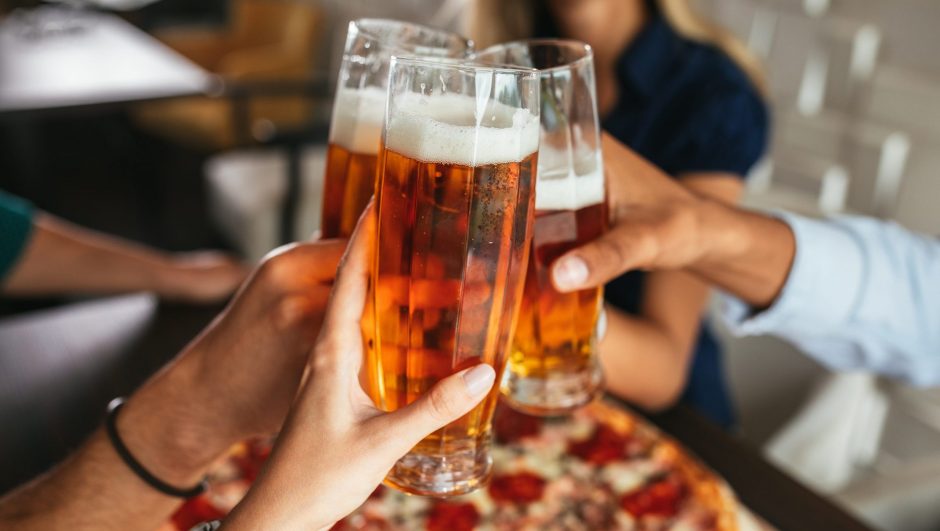 Italy is well renowned and celebrated for its iconic wines and traditional pizzas.

But did you know that the country has made some seriously innovative contributions to the beer industry too?

Due to Italy’s love of authentic, local ingredients and passion for flavour, Italy’s relationship with beer has equated to a myriad of distinct lagers, ales, and stouts galore!

Learning about Italian beer can make your next visit to the country all the more vibrant and fruitful as a full-palette and belly experience.

A Brief History Of Italian Beer

Italy’s history with beer-creation dates back to ancient Roman times when small amounts of breweries supplied villages with variations of the festive drink. Many of these breweries were eventually destroyed through various barbaric invasions.

Italian beer then failed to make a significant comeback due to the soil of the land preferring grapes. And of course, the newfound bad reputation beer had just gained due to its popularity among the barbaric hordes up North who were responsible for causing all the havoc in the first place didn’t help!

In the 1800s, breweries began to pop up in Italy again but were still yet to gain major popularity among its people. The popularity of Italian beer began its steady incline in the early 1970s when Pizzeria’s up North began using beer to complement its delicious pizzas. By the 1980s, the country was consuming 12 million hectolitres of beer.

Now, the bland mass-branded lagers which had made up most of Italy’s beer-drinking culture beforehand were being steadily replaced with more innovative crafts and styles of beer inspired by Italy’s herbs, foods and adoration of flavour.

Today, Italy boasts one of the most exciting and creative craft brewing cultures in the world.

What Are The Major Beer Brands In Italy?

Peroni is perhaps the most well-known Italian beer brand.

Brewed for 175 years in Italy’s capital: Rome, Peroni’s unapologetic flavours have been gracing the palettes of the world for an impressive chunk of time.

Peroni’s unique toffee-like Grand Riserva and Citrus hinting at Nastro Azzuro have become popular drinks all around the world. Moretti is another famous Italian beer brand deemed popular largely due to its impressive history of being well-beloved for over 160 years. Luigi Moretti created the iconic beer in Udine, a city that now prides itself on the tradition and flavour that easy-drinking

Moretti Beer brings to Italy and in turn, the world. Italy’s Cortigiana beer brand is well-known and appreciated for the unique creamy vanilla flavour its beer produces. Sold at an affordable price and boasting a 5% alcohol content, this beer is popular amongst travellers and tourists alike and remains one of Italy’s finest contributors to its beer culture.

Quarta Runa is known for its distinct speciality beers which have grown popular inside and outside of Italy. With a 7% alcohol content level, bright paper packaging and a strong peachy flavour the Quarta Runa beers stand out as something simply everyone must indulge in for the unique experience and taste bursting with flavour.

What Are The Different Styles Of Italian Beer?

Lager has remained a popular style for Italian beer throughout the very beginnings of Italian beer culture. More styles however have emerged and grown in popularity since the growth of breweries in Italy.

What Are The Best Italian Beers By Style?

Brewers in Italy also make use of their appreciation for local ingredients when crafting unique styles. Loverbeer birthed from Marentino relies on local plums to carry the aromatic flavour and style of its craft products, this is similar to Quarta Runa and its distinct beer-style peachiness.

Which Italian Beers Have Won Awards?

Peroni beer dominated the world beer awards in 2014 with all three beers taking home gold, silver and bronze prizes. Peroni also won the world gluten-free beer award in 2017 at “beer attraction”, one of the most important international beer events in the world.

Moretti also made headlines at the worlds most significant beer event when in 2006 it made headlines by taking home both silver and gold at the “world beer cup”, which helped let the world know that Italy is capable of making major ripples in the beer game as well as the wine game.

What Are The Most Popular Italian Beers In Italy? 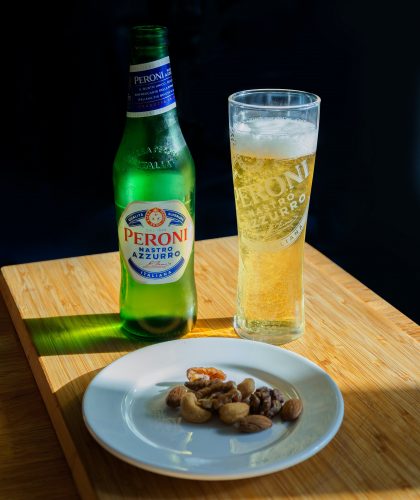 Stats show that Peroni reigns supreme once again when it comes to Italian beer brand popularity. Nastro Azzuro, a beer launched by the brand Peroni, also proves to be very popular amongst locals with it’s generous alcohol percentage and exciting pang of citrus notes making for a refreshing and fun drinking experience.

What Are The Best Craft Beers In Italy?

In the last decade or so Italy’s beer craft game has become seriously exciting.

Almond ’22 in Abruzzo is known for producing some of the best fringe beers in Italy. Currently, one of the biggest trends in Italian craft beer is barley wine. Almond ’22 is a top producer, expressed through its 8.7 percent ABV Torbata. This toasty, chestnut drink has become an iconic and well-beloved drink amongst locals.

Breweries like Perle ai Porci make some fascinating contributions to the Italian craft beer world too, with one of their latest creations being an oyster stout…brewed with actual oysters. They also boast other enticingly alternative products like Christmas spiced ales. Of course, Quarta Runa brewed in Piedmont with its bright paper packaging and the unforgettable peachy flavour is also one of the best craft beers to enjoy in Italy.

Which Italian Beers Are Most Popular In The World?

What Are The Best Italian Beers To Pair With Italian Food? 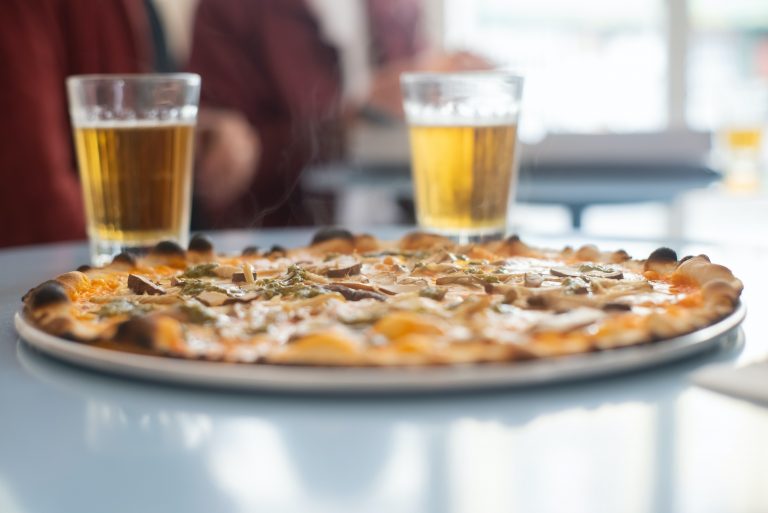 Beer pairing hasn’t been a huge phenomenon throughout history but matching the right beer with the right food is a modern trend that is starting to take off- especially in Italy where the food culture is thriving and delicious pizzas are simply begging to be enjoyed with their perfect refreshing match.

Quarta Runa bodes excellently with ricotta and fig pizzas due to the complementary combination of sweet and savoury. Sour ales like La Luna Rosa go perfectly well with a smoked pizza as the acidity of the fruit complements the pizza’s salty edge. Special crafts like Lilith work well with delicious caramel-like desserts.

How To Order A Beer In Italian

Now that you’re aware of all the exciting beers in Italy it’s time to know how to order one at the pizzerias and breweries that you’re dying to visit! In order to ask what beers the establishment has, simply ask “Quali birre sono?”

More urgently, you can say “Ho bisogno d’una birra!” which translates to: “I need a beer!”