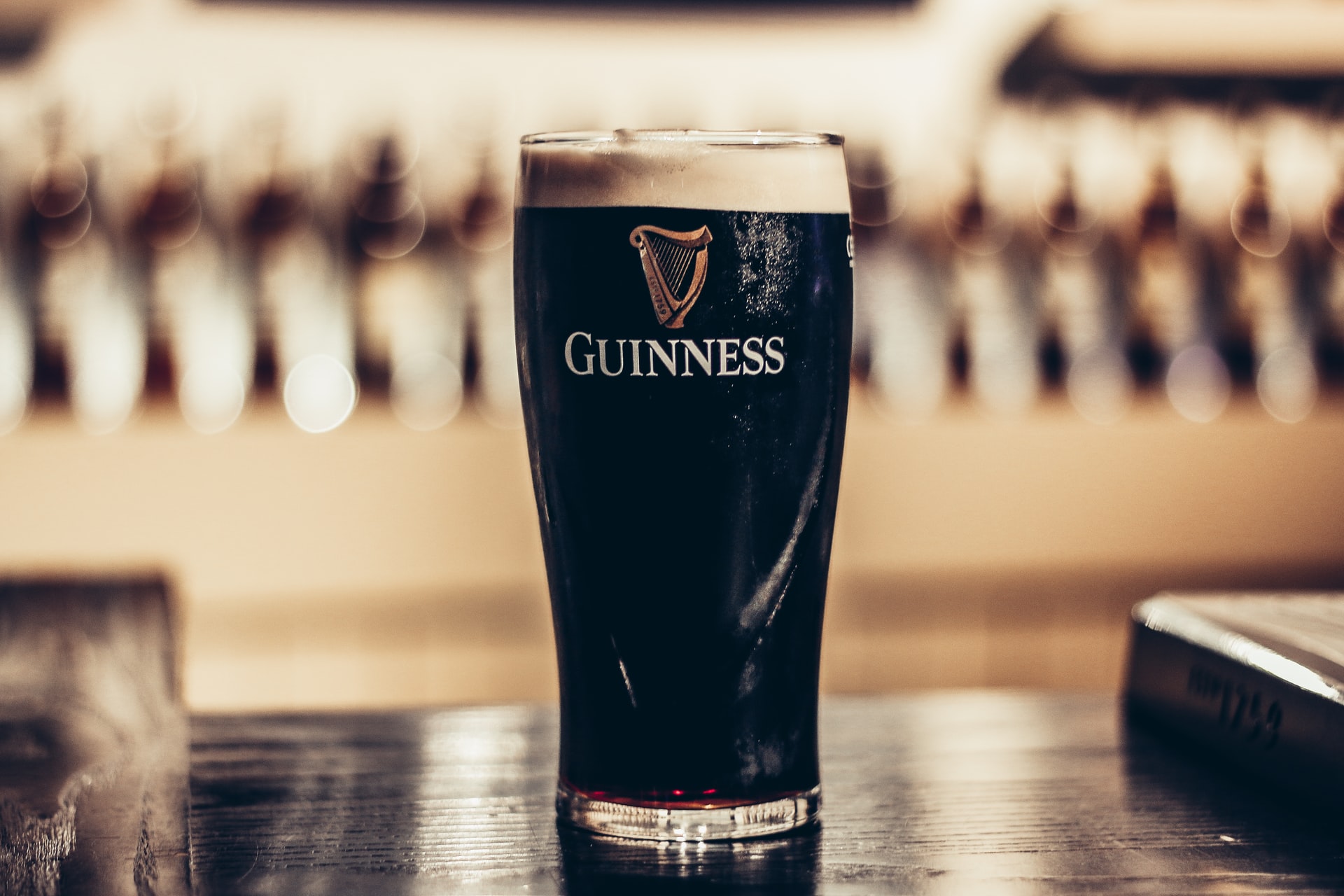 Ireland has had an obsessive love affair with beer for thousands of years. When you consider how many Irish Pubs are found around the world it’s clear that this love for Irish beer has spread into a global phenomenon!

The earliest records of drinking beer in Ireland date back to the Bronze Age. That means for over 3,000 years this small nation has been perfecting the fine art of crafting delicious beer.

Back then the main ingredients were barley and bog myrtle, combined with other herbs. It was only with the discovery of hops that the golden beer we know and love today came about.

Since then, the Irish have produced huge quantities of beer and probably drunk more than any other nation on Earth!

What Are The Major Beer Brands In Ireland? 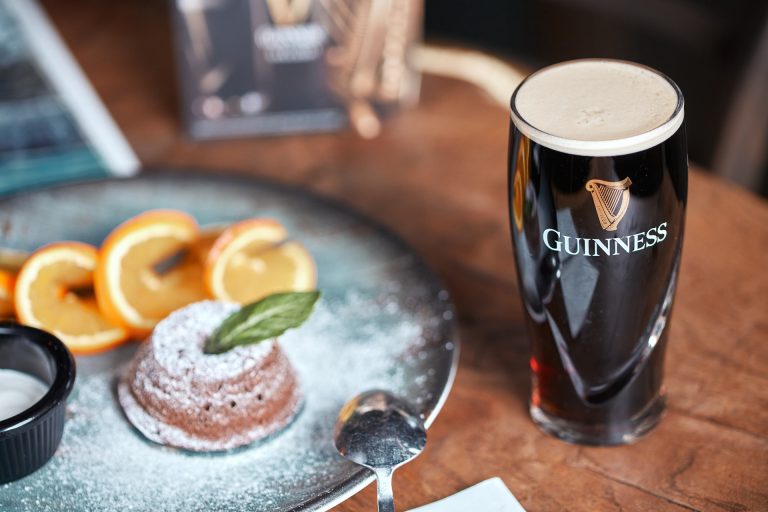 You guessed it, Guinness!

Guinness is the most familiar brand of beer associated with Ireland. This stout beer has a distinctive dark black colour and a bitter taste, as well as a creamy head of foam. Guinness has a range of different stouts depending on how rich and heavy you like your beer to be.

Smithwick’s Irish Ale is also a world-famous Irish beer brand that has many devoted fans. With a lighter taste than stout, it is the original inspiration for the ale style of beer. Smithwick’s produce three different types of ale from their brewery in Dublin.

In terms of lager beers, the biggest brand is Harp Lager which has the classic golden colour and crisp taste of a lager.

What Are The Different Styles Of Irish Beer?

The most traditional style of Irish beer is the dry stout. This style is known for its medium to strong hop bitterness and the nitrogen gas that is used to carbonate the beer in contrast to the more common carbon dioxide.

A great example of this style of beer that everyone should try is Beamish Irish Stout. With an incredibly rich roasted malt flavour and chocolate notes, this beer is more like a dessert than a drink.

Another excellent stout that is less sweet than Beamish is Murphy’s Irish Stout. This is a much milder stout and has a sweeter taste than the bitterness of Guinness. Murphy’s Stout has a caramel flavour and is often suggested to taste like chocolate milk.

The other classic Irish style of beer is Red Ale. Of these Smithwick’s Red Ale is the most popular one you should try. This Red Ale has been in production for over 300 years which shows there must be something exceptional about it.

Another outstanding option in this category is O’Hara’s Irish Red. With a malt base and added caramel, this beer has a lovely balance between sweet and dry.

What Are The Best Irish Beers By Style?

Ireland also has a whole range of much lighter beers to choose from if you are looking for a change from stout. On a hot summer’s day, you will find the refreshing and light taste of Rockshore Irish Lager to be the perfect thirst quencher.

For those of you that prefer an IPA style beer then the best choice is Galway Hooker. This Irish IPA is produced in the oldest brewery in Connacht and has an exotic taste and a fresh floral aroma.

If you are looking for a somewhat different style of beer, then Kilkenny Irish Cream Ale is well worth trying. The combination of a nitrogenated cream head with traditional ale is a unique flavour experience that makes it extremely popular.

What Are The Most Popular Irish Beers In Ireland?

Although the well-known beer brands have a seriously loyal following in Ireland there are lots of other popular beers on the market these days.

O’Hara’s Irish Wheat is very popular among those that prefer a lighter ale. Offering more than a traditional hops flavour this ale includes notes of peaches, bananas and plums,

One beer that has recently been launched and has quickly become a firm favourite in Ireland is Guinness Golden Ale. This refreshing beer has a delicate hops flavour and a dry finish.

Five Lamps Lager is a very popular pilsner that has a much stronger hop bitterness than most of the other types of Irish lager.

Which Irish Beers Have Won The Most Awards?

As the market leaders, Guinness has consistently won awards for the various styles of beer they produce. One of their most successful types of beer is Guinness West Indies Porter which has won the World’s Best Strong Porter award.

Ireland also has some of the most prestigious craft breweries in the world. One brewery that has won numerous awards is Rye River Brewing. They recently won Best Stout in the World for their full-bodied McGarles Sean’s Export Stout.

Another small brewery that has done very well internationally is Eight Degrees Brewery. Among other awards, they won gold in the IPA category for their Seisiun IPA. This beer is crisp and light on alcohol with an intense flavour of aromatic hops.

What Are The Best Irish Beers To Drink On Saint Patrick’s Day? 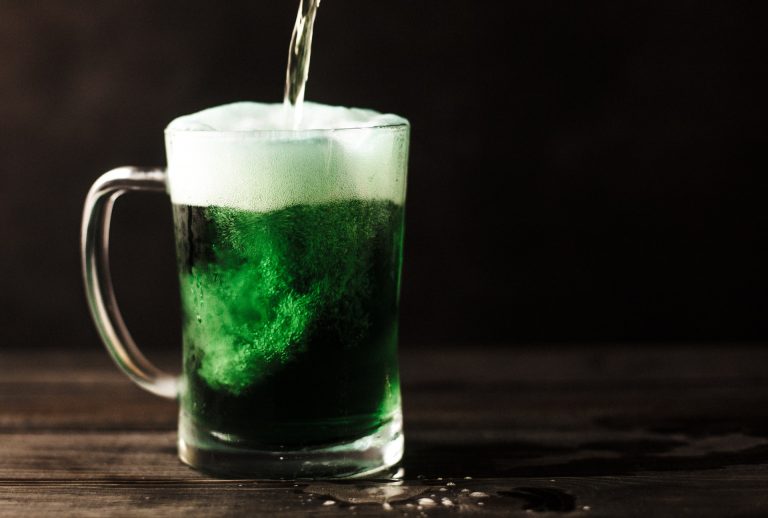 Every year millions of people worldwide wear green and drink lots of beer to celebrate the life of Saint Patrick. It’s one more great reason to enjoy your favourite Irish beer!

If you enjoy a complex lager then you must try Hop House 13. This is a double hopped lager which gives it an unusual depth of flavour and distinctive taste.

For something altogether different why not sample an Irish Sour Ale. Wild Irish Goose is brewed with salt and coriander which gives it a unique tart taste.

Another unorthodox beer to try while celebrating Saint Patrick’s is Wicklow Wolf Elevation Pale Ale. This seriously fruity ale has flavours of pineapple and grapefruit to stimulate your taste buds and get you celebrating like never before.

What Is An Irish Car Bomb?

This is what happens when you drop a shot glass of Baileys Irish cream mixed with Jamerson Whiskey into half a glass of Guinness. This cocktail is extremely popular in America, especially for Saint Patrick’s Day celebrations.

The bomb part comes from all the ingredients bubbling together in a crazy mix of alcohol. It looks like a bomb has gone off in your glass! Wait a few minutes and it has a similar effect on your head.

If you visit Ireland be sure to call it by its Irish name of Irish Slammer to avoid causing any offence to the locals!

How To Drink Irish Beer

As the Irish know beer can be enjoyed at any time of the day and this is particularly true for stout beers. The definitive Guinness Draught has an amazing balance between bitter and sweet with a smooth finish. The full flavour of this beer means you can enjoy it as a meal in itself.

The health benefits of this beer are also worth appreciating. It is full of antioxidants and just one pint of Guinness Draught a day can reduce the chance of dangerous blood clots forming in your arteries.

This means you can enjoy the delicious taste and effect of Guinness while also reducing your chance of having a heart attack! The high iron content of this beer is also good for your blood.

If you prefer a stronger flavour then try Guinness Extra Stout which has a more fruity and full-bodied taste. Perfect for breakfast, lunch or dinner!

What Are The Best Irish Beers To Pair With Irish Food?

Irish cuisine is known for its hearty stews and rich dishes like black pudding. These meat-filled recipes go well with dark beers and you can even add some beer during the cooking process to further combine the flavour.

An all-time Irish classic is the beer pairing of oysters with stout beer. With a plentiful supply of delicious local oysters to be found in Ireland, why not enjoy a craft stout to perfectly compliment them. Brooklyn Dry Irish Stout is a great option to try.

Another celebrated Irish favourite is Shepard’s Pie. To pair this wholesome meal with a craft stout is a match made in heaven. Wicklow Brewery Black 16 Stout is a delicious choice as the subtle bitterness and nutty flavour compliment the rich stew perfectly. 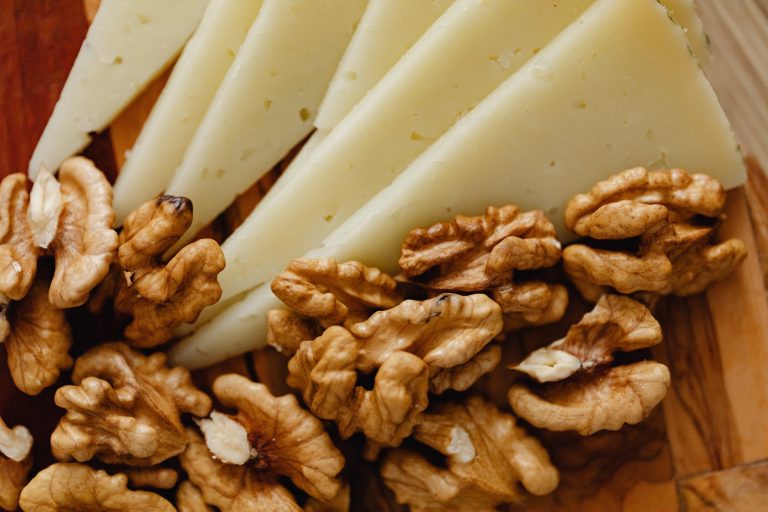 Irish Ardrahan cheese is renowned for its tangy flavour and pairs extremely well with ale. Some cheese aficionados would say the two were made to be enjoyed together. Try Boyn Brewhouse Pale Ale for a delicious combination.

Skellig cheese is a creamy cheddar that is packed full of flavour as only Irish cheddar can be! To complement the strong taste try a Mescan Brewery Red Tripel.

For the ultimate beer and cheese pairing try combining the strong flavour of Dubliner cheese with Murphy’s Irish Stout.

How To Order A Beer In Irish (Gaelic)

When you order a beer in Ireland you can just ask for a pint and the barman will assume you are looking for a Guinness!

Although Gaelic is extremely difficult to pronounce if you do want to try and use some Gaelic words then beer is “beoir” and please is “le do thoil”.

To say cheers or good health as you toast your friends with your favourite Irish beer you can say: “slainte” (which is pronounced slaan-she).