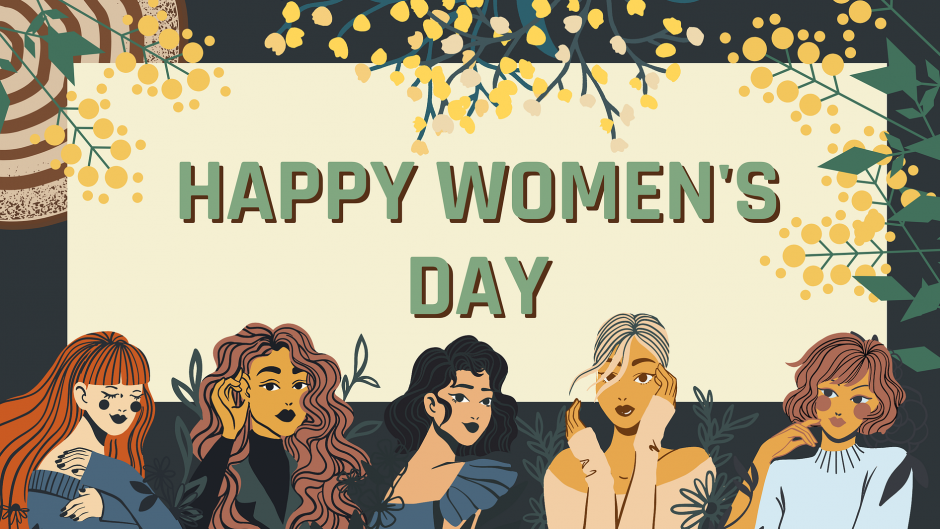 International Women’s Day (IWD) is a United Nations-sanctioned global holiday. It celebrates women’s contributions to society and raises awareness about the fight for gender parity.

But looking at the numbers, progress towards gender parity has been patchy. In some sectors gains in gender equality have reversed. It’s clear. We still have a lot of work ahead of us.

So, let’s dive right in and see why International Women’s Day still matters in 2022. 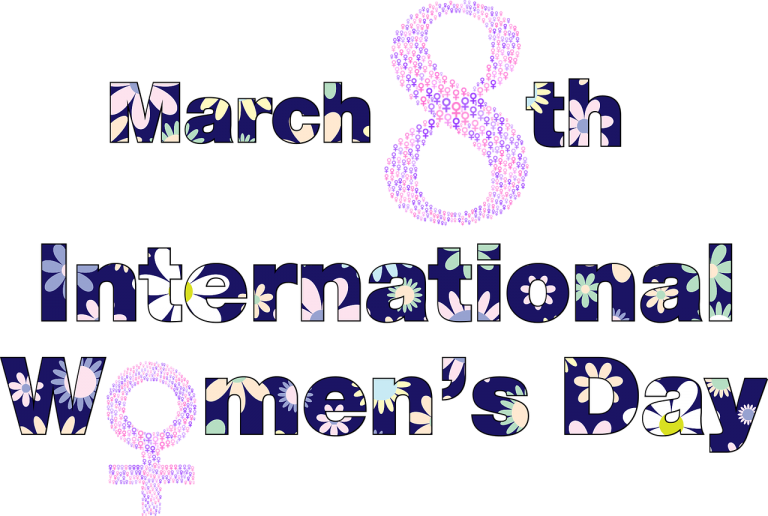 This year, International Women’s Day falls on March 8, a Tuesday. Women (and hopefully men!) everywhere should be mindful of women’s rights and inspire people from all walks of life to advocate for gender equality.

The International Women’s Day theme for 2022 is #BreaktheBias, which highlights the importance of challenging biases and misconceptions on our road to building a more inclusive and gender-equal world.

Let’s take a closer look at some of these biases.

The education sector data for gender parity is improving at a steady rate. More and more women are getting educated and there’s a heartening rise in women breaking the barrier in careers in sectors formerly dominated by men. Fields such as engineering, medicine, science, and technology are attracting more and more women.

Educating future business leaders took a surprising upswing last year in the US, Canada, and Europe, despite the pandemic. The enrolment of women in full-time MBA programmes, which stalled in 2020 at the start of the pandemic, jumped to a record high of 41% in 2021.

Additionally, three business schools reached gender parity for the first time ever, according to research by the Forté Foundation.

The foundation found that more than half of its member schools had more than 40% women enrolled and 10 had more than 45% in its programmes ̶ a record in both categories. Forté’s 56 member business schools represent the top MBA programmes in the US, Europe and Canada.

Around the world, 62 million girls are not in school. Millions more struggle to stay in school and this only gets harder as a girl child grows older. Male children are still more likely to be sent to school than their sisters in many countries.

School fees and learning materials are beyond many parents’ reach, and many girls have to undertake long and dangerous walks to school. A girl child may also lack the nutrition and healthcare she needs to learn.

How are we going to get women into government and into positions of influence if there are still millions of girl children being denied access to education at the most basic level?

Women In Government and Policymaking

Should we or shouldn’t we introduce gender quotas in government is a perennial question?

Looking at the numbers just shatters any arguments from the naysayers.

Around 27 years ago, in 1995, more than 100 countries signed up to the goal of gender parity in parliament, an initiative of the 1995 World Conference on Women’s Rights in Beijing.

But by 2020, a quarter of a century later, the global average of seats held by women in national parliaments is just 24%, according to the international Gender Quotas Database.

In 2019 only three countries had 50% or more women in parliament. Surprisingly the African state of Rwanda achieved 61% and both Cuba and (pre-coup) Bolivia attained 53%, achieving more gender parity than the so-called “sophisticated Scandinavians”.

More shockingly, women are still under-represented in public life and decision-making, as revealed in the UN Secretary-General’s 2021 report. Women are Heads of State or Government in a mere 22 countries.

At the current rate of progress, gender equality among Heads of Government will take another 130 years.

It’s no secret that women bore the brunt of the Covid-19 pandemic, as women form the majority of workers in the health sciences and caring professions. There is also the darker scourge of gender-based violence. During lockdowns and restrictions, gender-based violence cases soared, and those were just the ones reported.

The global pandemic has highlighted both the centrality of women’s contributions and the disproportionate burdens that women carry.

Despite forming the majority of health sector workers, women are paid 11% less globally than their male counterparts. An analysis of COVID-19 task teams from 87 countries found only 3.5% of them had gender parity.

Many countries with success stories in stemming the tide of the Covid-19 pandemic in their responses to its health and wider socio-economic impacts, are headed by women.

For example, the Heads of Government in Denmark, Ethiopia, Finland, Germany, Iceland, Slovakia and New Zealand are recognised for the speed, decisiveness and effectiveness of their national responses to Covid.

But new hurdles to pre-existing social and systemic limits to women’s participation and leadership have surfaced with the virus. Globally women are facing increased domestic violence, unpaid care duties, unemployment and poverty. Despite women “manning” the front line of work, there is a disproportionate and inadequate representation of women in national and global COVID-19 policy spaces.

In addition, a World Bank report indicates that gender gaps are widening following the pandemic and its effects, and that improvements in women’s and girls’ accumulation of human and intellectual capital, economic empowerment, voice and agency, risk reversing.

All this after painstaking efforts over years to attain these achievements.
One good bit of news is that many, both women and men, have been spurred on towards alleviating the effects, particularly in the field of tech innovation and using new knowledge and research to place women at the centre of efforts at building a more inclusive society.

Women In The Workplace 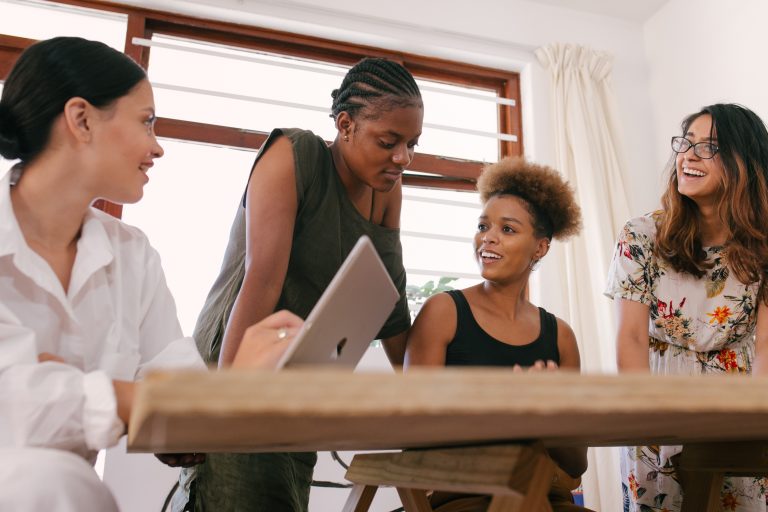 Overall, women earn less than their male counterparts and this gender pay gap widens as women age. The US Census Bureau’s Quarterly Workforce Indicators (QWI) shows the pay and age dynamic of women and men for workers aged 35-44.

According to the QWI data from unemployment insurance wage records for the most recent national data, the third quarter of 2020, American women earned 30% less than men and that pay gap increased with age.

Even as this paygap has shrunk since the historic Equal Pay Act of 1963, women earned 82 cents for every male dollar, according to 2020 data from the Bureau of Labour Statistics.

On the positive side, more and more younger women are getting an education and there is an increased representation of women in higher paying professions such as Information Tech, Scientific and Technical services.

However, women are still overrepresented in the lower paying job categories.

And just as women are more likely than men to work in professional and related occupations, the proportion of women in higher paying jobs is much smaller than that of men in the professional category.

So, What Would Gender Parity Do? 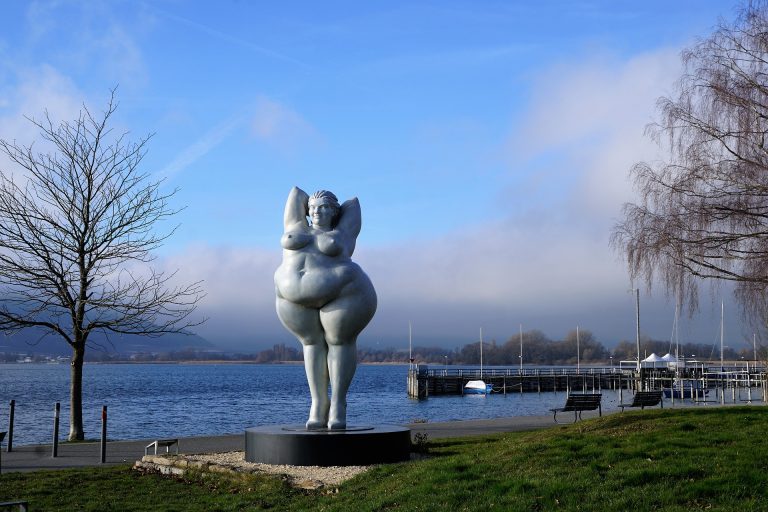 It all boils down to representation.

Representation matters as it determines and shapes policy-making. Women make up slightly more than half the world population. This needs to be reflected in the hierarchy of power.

Quotas aside, gender parity just could improve democracy in many ways. According to UN evidence, women’s leadership improves political decision-making processes. Additionally, women are much more likely to work across party lines even in highly divided political leadership environments.

Women are also more likely to advocate for change to address issues facing the underdog and disadvantaged groups. Women will champion laws aimed at alleviating the burdens of childcare and parenting, gender-based violence, women’s health and reproductive rights.

For example,, women parliamentarians in Senegal pushed through the granting of a larger share of Senegal’s GDP to get girls into school.

In Rwanda, laws that protect children from violence and permit women to inherit land have been passed. Ecuador (yes you read right), which is committed to 50/50 representation, was the first country in the world to recognise the rights of nature in its constitution!

These examples above show how women can bring different experience, skills, and perspectives to the table where policy and legislation aimed at making the world a better place are decided on.

Challenge those misconceptions and #BreaktheBias.