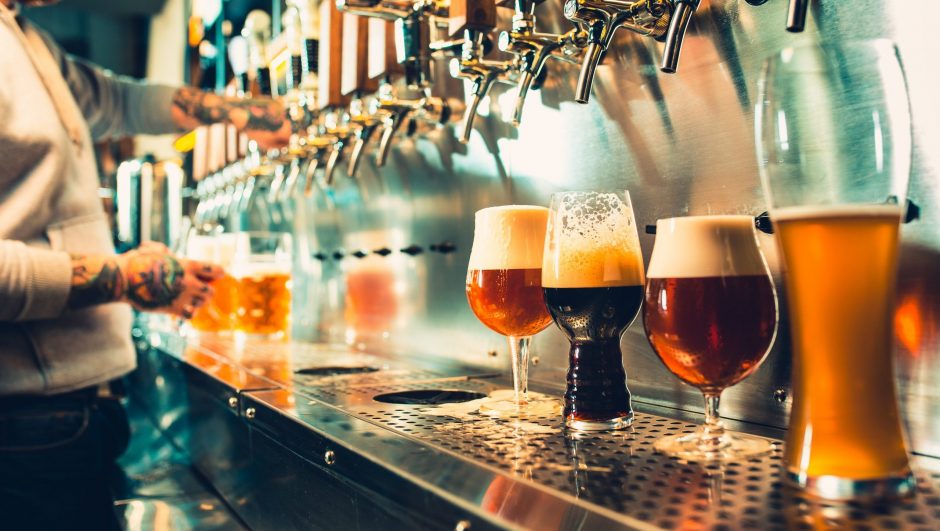 Indianapolis is an interesting place, for sure. The fact that Budweiser light is the city’s most popularly bought beer might lead you to believe that it is no place for a fan of craft brews. This, however, could not be further from the truth. Indianapolis breweries are home to hundreds of unique and exciting craft beers.

If you are a beer fanatic who wishes to visit Indianapolis to find some quality brews, you might run into some trouble. The state has over 195 breweries, making it very difficult for untrained visitors to pick the right one to visit.

But worry not because this article will give you enough information to better inform such a decision should you ever find yourself in the Hoosier State. We are going to discuss 3 of the best breweries in Indianapolis.

There is a lot of history behind this trendy beer house that makes it perhaps the most important of all Indianapolis breweries. Its doors first opened in July of 2009 as the project of Dave Colt, Andy Fagg, and Clay Robinson.

The significance of Sun King Brewery is the fact that it was the first production brewery of its scale since the closing of the Indianapolis Brewing Company way back in 1948. It is the opinion of many locals that Sun King broke the ice and subsequently stimulated the growth of the now-booming Indianapolis brewing industry.

Sun King is still the biggest brewery located in Indianapolis and is even the second-largest overall in the entire state of Indiana. The brewery is said to make a killer Doppelbock that they age inside a bourbon barrel. This particular brew has actually been awarded a gold medal in the wood and barrel-aged category at the Great American Beer Festival.

Speaking of accolades, Sun King has numerous beers that have taken home awards from not only the Great American Beer Festival but the World Beer Cup as well. If you tally up the awards Sun King has won between both these events, the brewery makes it into the top five worldwide.

Co-owners and proprietors Greg and Mike worked together for the same brewing company until 1995 when they both moved to Indiana where they were made familiar with Belgian-style beer for the very first time. According to the duo, they have never looked back since.

The two are lucky enough to share similar tastes and opinions where beer is concerned. It is this shared fixation and obsession that has allowed them to flourish as a thriving business in Indiana’s local alcohol industry.

Inspired by the craft behind these stunning Belgian brews, the pair felt compelled to learn all they could about making the perfect barrel. 18 years ago today, they received the first brewing kit from a generous friend. Since then, Greg and Mike have grabbed life by the horns, pumping out brilliant beers, year in and year out.

Much like most Indianapolis breweries, Deviate features a spacious interior for large functions and also has outside seating for guests wanting fresh air. Deviant is one of the best breweries in Indianapolis to visit with mates for an easy sundowner or to watch a football match.

Guggman Haus Brewing Co. was founded by Abby Gorman and Courtney Guggenberger who happen to be twin sisters. They along with their husbands started this brewery back in 2015 after developing a knowledge of beer while living in their home country of Germany.

They have since exported the pearls of wisdom they have learned in Germany to Indiana where they produce some of the most spectacular beers that Indianapolis breweries have to offer. While their beers might not often follow traditional beer industry trends, they still offer an incredibly rewarding experience.

Guggman house is the product of multinational influences so it is thus fitting that the brewery experiments with the brewing conventions of different and unique cultures. According to the owners, the establishment is meant to promote the ideals of adventure, culture, and community.

All the beers retailed at the Guggman Haus are brewed in the basement of the establishment. Guests can expect to find a wide variety of beers to enjoy, including pilsners. Hefeweizen, brown ale, milk stout, American IPA, and New England IPA. Fans of seasonal and experimental beers can enjoy these options on rotation.

In terms of food, the brewery has a kitchen that sells fresh sandwiches and large pretzels (some of the best in the state!). For entertainment, the cosy interior is stocked with shelves of board games. The brewery also features an outdoor deck with ample seating for big gatherings. Pet owners will also be happy to know that this brewery is also animal-friendly!

Visit the Best Breweries in Indianapolis

If you are travelling through Indiana, you should definitely explore the many Indianapolis breweries if beer is your thing. The three aforementioned breweries barely scrape the surface of what is out there; the city is brimming with exceptional talent and craftsmanship enjoyable to any beer enthusiast.

Should you ever find yourself on this side of the world, be sure to check out any if not all of the three Indianapolis breweries we have discussed. Any of these places is a great choice of venue for beer tasting and event hosting.