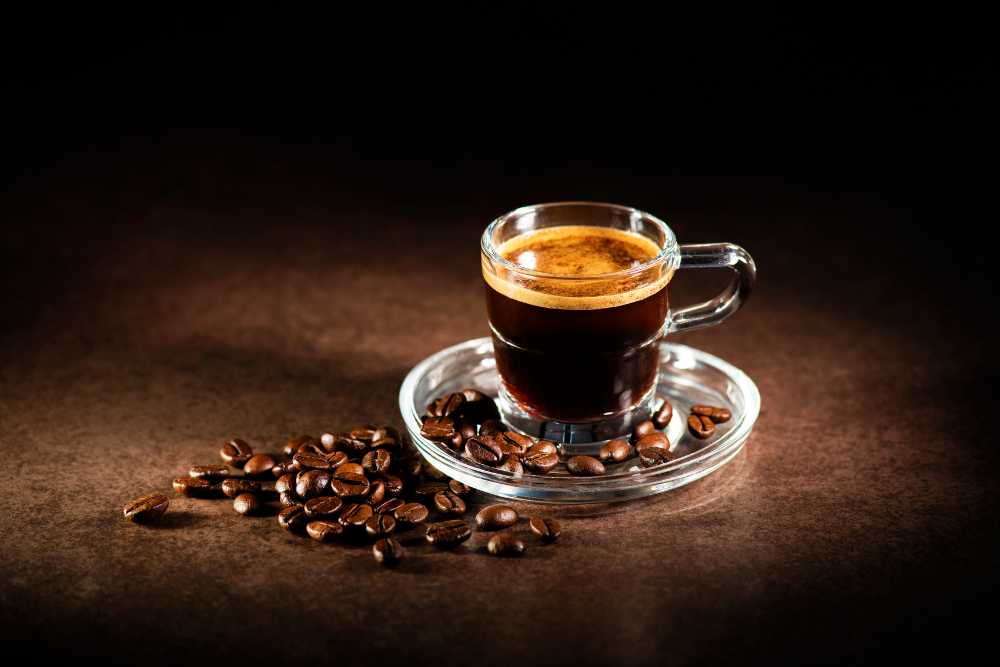 There is no one type of espresso. Not only is it used as a base to many coffee drinks, but it is also adaptable depending on tastes. Looking to buy a new Espresso Machine? Look no further. This illustrated guide to espresso based drinks is for you!

A coffee brewed using pressurised water which is approximately 1-1.25oz (28ml-35ml) in volume and is brewed in between 25-30 seconds. An espresso has a layer of foam on top known as a crema (not illustrated) which contains many of the aromatics and flavours of the drink.

Less than 1oz (28ml) in volume – adjust your coffee grinder to a finer setting than for a normal espresso to restrict the flow of coffee from the portafilter. Ristretto is the drink of choice for espresso lovers. Compared to a normal espresso, the taste will be more intense and sweeter. A ristretto will also have less caffeine then a normal espresso as this is one of the last compounds to be extracted during the brewing process.

Around 1.5oz (42ml) in volume – adjust your coffee grinder to a coarser setting than for a normal espresso to increase the flow of coffee from the portafilter. The taste of a Lungo will be slightly milder and less sweet than a normal espresso and it will contain more caffeine.

The brewing time (i.e. 25-30 seconds) is the same on all these drinks; however the volume of water in each drink is changed by altering the settings on the coffee grinder.

All these drinks can be made with espresso ‘normale’, ristretto or lungo (although we wouldn’t recommend the latter).

Espresso Con Panna (meaning ‘with cream’): An espresso with whipped cream. It’s best to use fresh single cream, lightly whipped so it’s still a bit runny. Gently pour the cream over the back of a spoon to form a layer over the espresso. Don’t use too much cream as this will cool the espresso too much.

Espresso Romano: An espresso served with a freshly cut strip of lemon peel.

There are many variations between the drinks labelled ‘cappuccino’ and ‘caffè latte’ sold throughout the UK. Each coffee shop has their own personal take on how these drinks should be served and so one person’s cappuccino is another person’s latte. For this reason we’ve stuck to the traditional definitions below.

Cappuccino: Approximately one part espresso to five parts steamed milk. In Italy it is usually served at breakfast, in a wide bowl shaped cup, so bread can be dipped in it (similar to the French with hot chocolate).

Caffè Latte (meaning ‘milky coffee’): One part espresso to six or greater of steamed milk. Put simply, a latte is a milkier version of a cappuccino, hence its name.

Caffè Mocha: This is a blend of espresso with hot chocolate. Make a cappuccino or latte (depending on how much milk you like) as usual but add either chocolate syrup or cocoa powder to the espresso before pouring in the milk. Read on to learn how to make a mocha.

How a Stove-Top Espresso Maker Works

Caffè Americano: This is an espresso with added hot (never boiling) water. The Americano was allegedly created for the American troops stationed in Italy during WWI. The Americans were not accustomed to a strong small intense espresso, preferring something weaker and of larger volume so they could take their time over drinking it. To produce a crema on an Americano, the espresso should be added to the hot water rather than the hot water being added to the espresso. For the best result, the espresso should pour directly from the portafilter into the cup in which you are serving the drink.