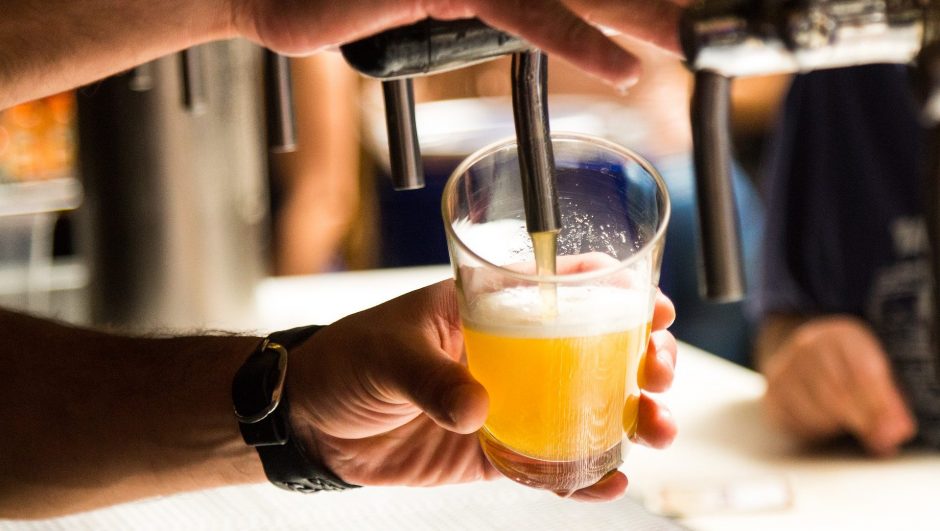 An ice-cold beer is a great way to end the day – and where better to drink one than in Iceland?

Join us as we dive into the wonderful world of Iceland beer!

A Brief History of Iceland Beer

Icelandic early settlers came from cultures where drinking beer was commonplace and the enjoyment of this libation was even included in poems such as Hávamál where ale is referred to as öl, so it is difficult to believe that Iceland beer was banned for almost a century, from 1915 to 1989, and that it has only been legal in Iceland for about 30 years! Wine and spirits were decriminalised sooner than beer because it was believed that beer led to loutish behaviour.

When beer was legalized in 1989, and the first beer was served at the bar Gaukurinn, the nation was elated. From 1989 to 2007, per capita, beer sales more than doubled compared to other liquors, with sales in 2007 amounting to 19.4 million litres. Nevertheless, alcohol sales in Iceland are still regulated and government-run liquor stores, Vínbúðin, are the only places you can buy alcohol.

Which Iceland Beers are the Most Popular?

The most popular beer in a bottle in Iceland is Kaldi Blonde. Brewed in the Pilsner tradition, this delicious beer has a golden hue and a smooth, alluring texture with a bitter taste from the roasted malt. A glass or two of this widely-enjoyed beer offers the promise, after a hard day of work, that you will feel refreshed and ready for the evening ahead.

First produced by the brewery Bruggsmiðjan Kaldi, its popularity enabled the beer supplier to flourish and to go on to produce many other Iceland beer brands. There is a bar called Kaldi where you can drink Blonde as well as other thirst-quenching brands.

NR 8.2 and NR 8.4 Surtur are both imperial stouts with an alcohol volume of 14.5%. Both are very dark and were aged in bourbon casks. While the 8.2 has a vanilla tang to it and a heady, oaky aroma, the 8.4 is more bitter, with elements of liquorice, dark chocolate, coffee and burnt sugar. This popular Iceland beer smells of caramel, bourbon, and dried fruits.

Surtur 47 is named after a malevolent giant in Old Norse Mythology, a monstrous creature with a sword of fire who is said to have helped bring about the end of the world. This beer needs to be imbibed responsibly or, true to its namesake, you may feel as if it’s the end of your evening!

Surtur Nr. 47 is a bronze medal winner and a contender for the title of most popular among Iceland beer brands. It is produced in the Borg Brugghús brewery and has an amazing aroma of strong, freshly brewed coffee, offering a similar powerful punch. The flavour contains notes of burned sugar and chocolate and the ingredients include malted barley, malted wheat, coffee, hops and yeast. For a wonderfully different experience, drink this in Reykjavik in the Kaldi Bar served chilled in a tulip glass.

Other Major Beer Brands in Iceland

Úlfur, meaning ‘wolf, is known for its taste of grapefruit and pine. It is an attractive beer with a clear golden colour, a frothy head and a pleasant, sweet aroma. Although some critics say that the sweetness clashes with the bitter aftertaste, it remains one of the most popular beers. It is available in Vinbuðin as well as in bottles at many bars. Produced by Borg Brugghús, a craft brewery, Úlfur is 5.9% proof and has proven so popular that it has its own bar. It is usually served in bottles and is therefore more expensive than beers on tap.

Bríó, another Icelandic beer made at the Borg Brugghús, has an earth, aroma with sweet undertones and a velvet-smooth texture. Its name means vitality, joy and vigor. While it is not remarkable, it is a decent beer enjoyed by many people. It has a standard 4.5% proof and won the ’World’s Best Pilsner’ award in 2012.

How Much is Beer in Iceland?

500 ml of beer costs between 900 and 1.500 ISK. It’s best to buy during happy hour when you can get great reductions on these prices and, if you’re lucky, a 2 for 1 offer. Iceland’s alcohol prices are, according to the Eurostat, 165% more expensive than in the European Union.

What is the Beer Spa in Iceland?

Above all, it’s a unique experience whether you love beer or not. You will be able to enjoy an ice-cold glass of Iceland’s best beer while soaking in a hot tube full of – yes, you guessed it – young beer. This incredible one-of-a-kind-experience will appeal to both conservative as well as slightly wacky beer lovers. The spa bath is full of hops, yeast, beer and water which is excellent for the skin and overall health. You can enjoy the experience alone, with a partner, or in groups.

You can sip on one of four Einstök ales in the spa: the White Ale, Arctic Pale Ale, Toasted Porter, and Wee Heavy. Or if your taste runs to something fruity, try the Arctic Berry Ale which is flavoured with bilberries and has a smoky, chocolate taste.

What are the Different Styles of Iceland Beer? 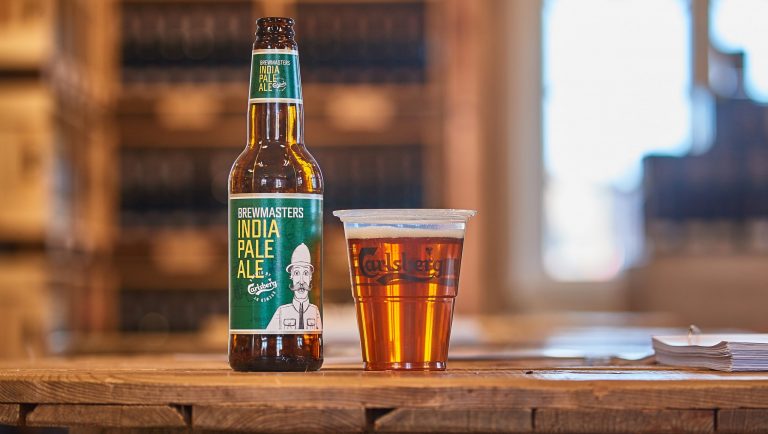 Some types of Iceland beers include:

What Are the Best Microbrew or Craft Beers in Iceland?

If you visit Skúli Craft Bar in Reykjavík, you can enjoy happy hour prices from 2-7 pm. Also on offer are small tasting glasses so you can choose the craft beer you like the most. In the relaxed and welcoming atmosphere of an elegant bar that houses excellent artwork, you can choose from as many as 14 craft beers on tap. Staples include Bríó (Pilsner), Garún (Imperial Stout) and Úlfur (Indian Pale Ale), all descendants of the Borg Brewery.

Just around the corner from Skúli you will find MicroBar, one of Iceland’s oldest craft beer bars, which offers top-notch bottled craft beers. MicroBar offers a beer-tasting tray for a reasonable price and craft beers straight out of Gæðingur brewery such as Gæðingur beer.

Although Brewdog is not Icelandic but was established by two Scots with a passion for craft beer, it boasts a variety of national craft beers and staff that are friendly and knowledgeable. The atmosphere is cheerful, you can order wings and burgers along with your beer and it is one of the few craft bars in Iceland where parents can bring their kids.

What Are The Best Iceland Beers To Pair With Icelandic Food?

If you are unsure how to order beer in Iceland because you are unfamiliar with the names, there are a number of restaurants that offer food and beer pairing. At MAR Restaurant you can sample six Iceland beers along with food pairings at a reasonable price.

The Bryggian Bugghus on the wharf offers six craft brews and six small tastings of Icelandic food including shrimp, lamb, beef, mussels, salmon and ice cream. Beers included are Omnom, Jóla beer and Pale Ale. The word for beer is bjór and when you have a glass of amber liquid in your hand, you simply say “Skal!” and enjoy!

Iceland’s beers have blossomed during the past 30 years and there is an array from which to choose ranging from light, sweet and fruity to dark to bitter, so you are sure to find what suits your taste. A brewery tour will help you to learn more about Iceland’s history and the beer-making process so the next time you visit a bar in Iceland, you can impress the locals!