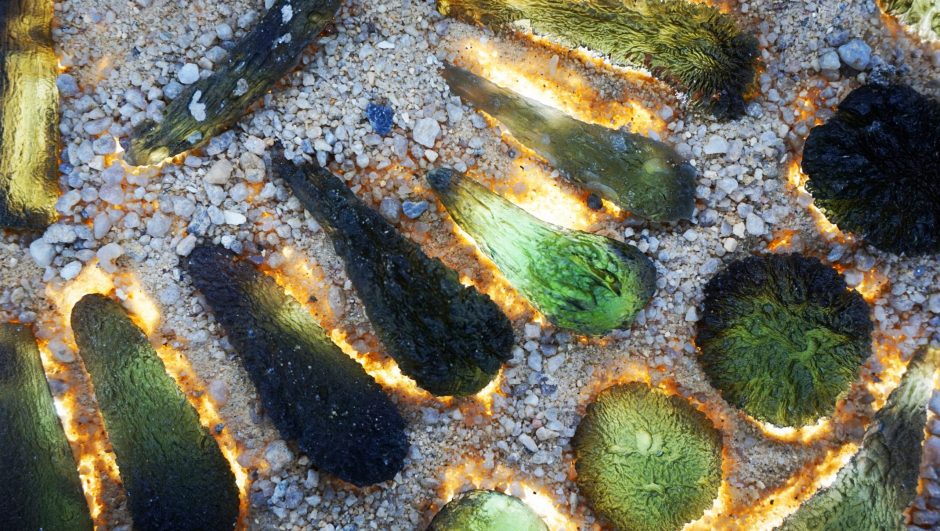 How to tell if moldavite is real is one of the biggest questions cropping up on the internet around crystals these days. This is thanks to an eruption of TikTok users talking about the amazing and powerful properties moldavite crystal has. It truly is a wonder, being one of the most powerful crystals to cleanse the heart chakra that you can find.

The problem is, with this huge uptake in popularity for the stone, there has been a correspondingly large uptake in fake moldavite being sold around the world. The fake stuff might look pretty but it won’t do what authentic moldavite can do – and that’s the whole reason for getting it. 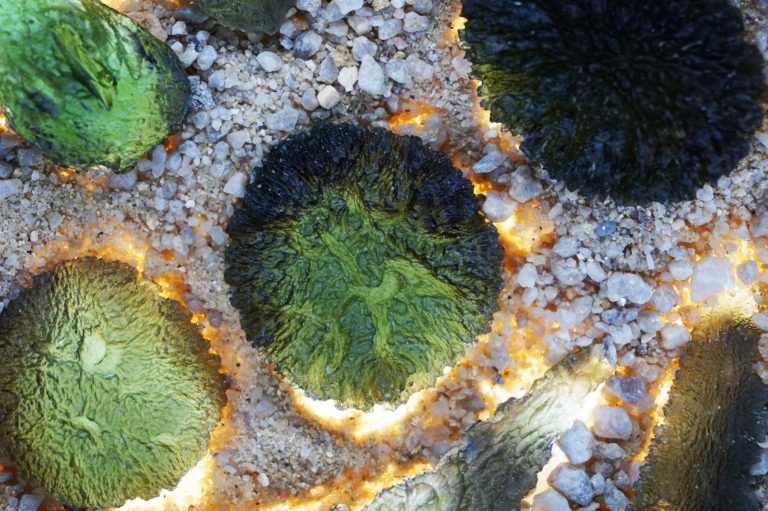 Genuine moldavite is a tektite that was created when a meteorite hit the planet around 15 million years ago in what is now the Czech Republic. The stone is found naturally in parts of Germany and Austria. This means that the real stones are becoming increasingly rare because they were only ever formed in this one region. Unfortunately, the fake stuff is not so rare and it can be found all over the world.

Also see  Caring For Your Crystals: Can Moldavite Get Wet?

Here’s what to look for when comparing real vs fake moldavite:

Authentic moldavite is full of flaws and inclusions. There will be bubbles in a multitude of shapes and sizes, as well as chips, knicks and inclusions from lechatelierite. However, it’s important to note that you can only see these in the gemstones that have been polished and/or cut into faceted shapes. You won’t be able to see them in the raw stones. The raw stones will have a strongly pitted surface that comes from 15 million years of erosion.

In manmade stones, this level of detail is hard to achieve unless the maker is sitting with each stone and giving it a unique look. The fakes are getting a lot more advanced and many are starting to look closer to the real thing, but you can usually still tell the difference in a stone from a machine versus a real one.

Moldavite is usually the colour of dark green moss. Anything brighter and more vibrant is definitely not moldavite. Real stones can be pale and opaque all the way through to a deep, rich version of the colour – but they are always the colour of moss.

White moldavite is a fairly new fake that has entered the market and this is really just people trying to scam those looking for the powerful crystal. These stones are most often calcites and do not have the strong powers that moldavite has. Some scam artists are also trying to pass off common sea glass from Africa as another varietal of moldavite, but this African moldavite is another fake that doesn’t look or behave like the real thing.

Due to the fact that moldavite is amorphous in structure, the finished look of a real stone – even when cut and polished – is never completely smooth. However, the fake stones tend to be made from regular glass and have a shiny finish that almost appears to be wet. If the stone looks like it could be cut from a glass bottle, then it is almost definitely fake and manmade.

Fake moldavite is usually made in a mould so that the manufacturers can press out hundreds or thousands of stones in a short space of time. This means that you’ll see perfect replicas of exactly the same shape over and over again. With authentic moldavite, this is next to impossible to achieve. You can notice this most easily on strings of beads where each bead will either look identical in a fake or irregular when you have the real deal.

Another way to test this is to look at all the items that a dealer is selling – both online or in real life. If the dealer has real moldavite, they’ll want to show off the differences in shape and finish.

The Feeling You Get When You Hold It

If you’re in a situation where you can pick up the stone and hold it, this is one of the best ways to tell if moldavite is real. When you touch the crystal, you often get a rush of energy known as the moldavite flush. It feels like a wave of warmth that emanates from the stone, as well as tingling in your body. If you’re experienced with using moldavite, you may not feel this flush but it’s worth testing if possible.

How to Avoid Buying Fake Moldavite 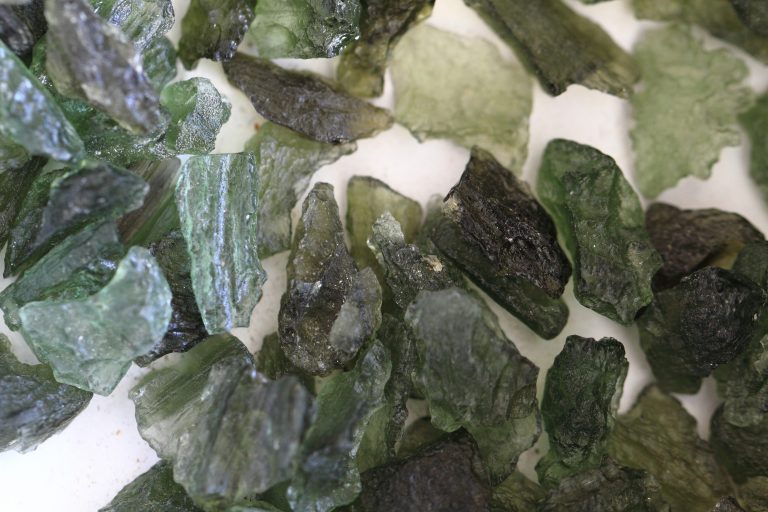 Now that you know what to look for, you can do a lot to ensure that you’re buying genuine moldavite.

Here are a few more tips to help you when shopping:

There are literally tens of thousands of suppliers selling moldavite out there, most of whom are selling the fake stuff. Avoid buying from sellers on places like Amazon and eBay because they usually have manmade stones and there is no recourse for them. Instead, look for reputable dealers who have good reviews and recommendations, as well as being able to prove where the stones come from.

Be Aware Of The Average Price

Real moldavite is not cheap. This is because the stone is so rare and considered highly valuable in the crystal world. If the price is low, especially for a larger piece, then you are most likely buying a fake stone. The average price is around $15-$25 USD per gram for a piece of moldavite that is regular colour.

Get Active In The Crystal Groups On Social Media

There are many communities on Facebook and other social media platforms that are working hard to ensure people get the right crystals and don’t buy fakes. If you’re unsure about a dealer or a stone, join one of these groups and ask.