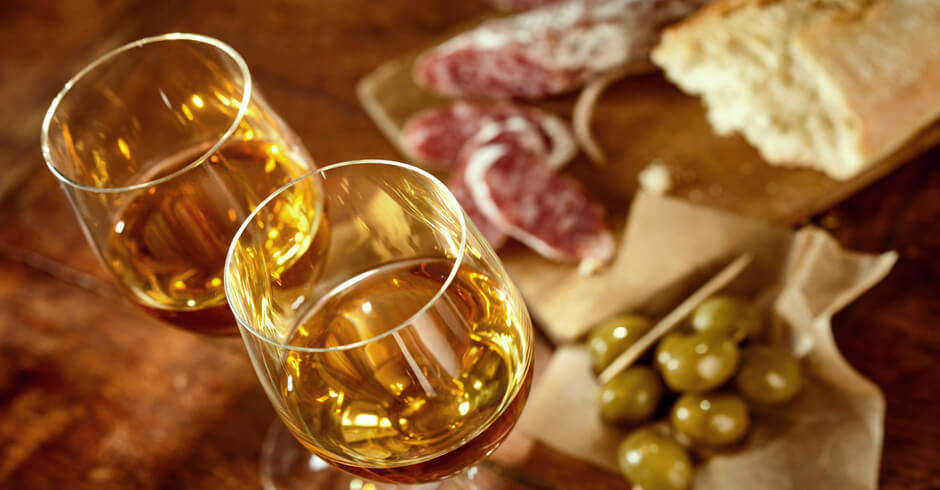 Sherry could well be the drink most easily associated with Christmas. For many modern British adults, there will have been at least one year in their childhood where Father Christmas was left a measure of sherry and a mince pie on 24th December. This sort of sherry food pairing, however, is a million miles away from the refined matching processes taking place in upmarket bars and restaurants across the UK now.

Indeed, unfortunately, there is something of an association between sherry and Christmas that invokes thoughts of your grandma dusting down an old bottle of Harvey Cream. This doesn’t do justice to a drink that is widely praised by wine aficionados. “Serious wine lovers have always known about sherry’s incredible complexity, quality and value,” Richard Bigg, owner of London’s original sherry bar, Bar Pepito, told the FT.

What’s more, it seems like Britain’s younger drinkers are on the same page. Many of the edgier bars popping up in trendy parts of London have a fine list of sherries. Over 40 specialist sherry bars have followed in Bar Pepito’s footsteps since it opened in 2009. Meanwhile, sales of the wine have soared. Marks & Spencer reported a 30% increase in sherry purchases in 2013. 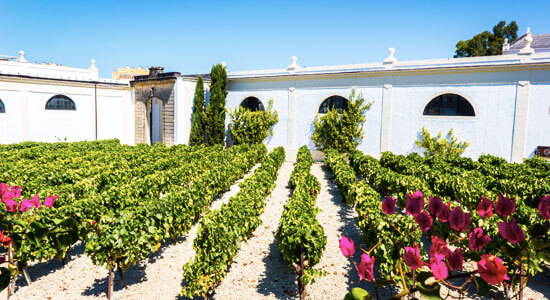 A sherry vineyard in Jerez

One of the companies dedicated to bringing the best sherry to the UK is Gonzalez Byass. There’s nothing new-fangled about these guys, though – they’ve been producing sherry since 1835. It was they who were one of Bigg’s strongest supporters in opening Bar Pepito.

I headed over to meet one of Gonzalez Byass’s sherry experts, Richard Witter. He told me that the sherry revolution should come as no surprise. In fact, there’s even scientific basis for the love of the drink. “In research we commissioned, it was found that Fino sherries, such as Tio Pepe, cleansed the palate more than other wines due to a compound called acetaldehyde. This makes fino a perfect partner to food, as it is basically a reset switch for the mouth.”

The Story of Sherry in the UK: How did Sherry Come to Britain?

And it has been the lighter, drier styles, like Finos, as well as Manzanillas, that have been the driving force behind the new found popularity of sherry. “A lot of younger people are now talking about drier sherry,” Witter tells me. Their popularity took off with the rise of tapas bars in the UK, being found to be the perfect accompaniment for potato tortilla and the like. “Fino, as well as its acetaldehyde, contains very low levels of acetic acid and so matches perfectly with olives, marinated anchovies or any food containing vinegar.” 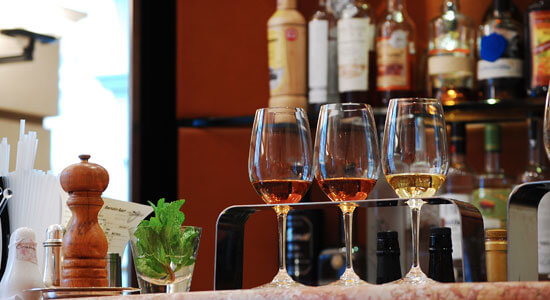 In fact, sherry is a perfect partner for all manner of different foods. So how to pair sherry with food? Ruben Luyten, of the SherryNotes website, tells me how Manzanilla can work well with various kinds of seafood – shellfish, mackerel, salmon – but also a spicy curry. “Fino is similar to Manzanilla, but personally I tend to pair it with more classic tapas like Manchego cheese, cured hams or chorizo.”

Even sushi or sashimi can provide a good partner for the drier sherries, Luyten tells me. Don’t be dubious – even the Japanese agree. Javier Hidalgo, director of Bodegas Hidalgo La Gitana, told The Telegraph that Japan is their fastest growing market.

“A minimum of five per cent a year. They only started to import relatively recently – always the drier styles – but they know more than us now. They study, they have the blokes with the venencias [long sticks traditionally used to sample sherry]. They take it very seriously.”

For the older Amontillado and Palo Cortado, Luyten tells me that sautéed mushrooms and old cheese make excellent partners. “They’re also suited for ingredients that are hard to match with the usual table wines, say asparagus or artichokes. Last but not least, they work brilliantly with peach and mango.”

Where to Go Sherry Tasting in London

One of TRULY’s favourite recipes for slightly aged sherries like these is to create a dressing with some citrus juice – clementine heavy is perfect for Christmas time – and use to make a ceviche. It can also be used to good effect with light chicken stock to make a pork stroganoff.

Oloroso is a more full-bodied number. “I like it with paté, duck or venison and all kinds of meat stews,” Luyten says. “It’s also my wine of choice for one of my favourites dishes in Spanish cuisine: Morcilla de Burgos, a type of blood sausage that’s filled with rice grains.” 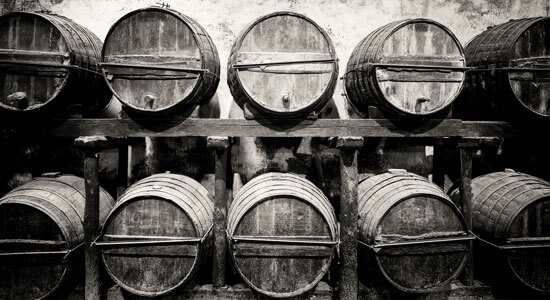 The sweeter varieties of sherry are the ones that have fallen out of favour in Britain since their heyday in the 1970s. Yet there’s a school of thought that it was specifically the cheap, mass-produced cream sherries, rather than sweeter types as a whole, that caused their fall from grace.

Luyten tells me that some of the sweeter styles do indeed work well as dessert wines. “The sweeter types like Pedro Ximénez or Moscatel are perfect matches for anything with chocolate. Another classic pairing is blue cheese or tiramisu. Or as they do in Spain: pour some PX as a sauce over homemade vanilla ice cream.”

With such a wide range of food with which to pair different varieties of sherry, it’s little wonder the sherry revolution is taking hold. “It’s great to see but, essentially, we have just been telling the public what those in the wine trade have known for years – that sherry is one of the most versatile and delicious drinks around, with myriad styles and something for every palate,” Witter tells me.

And Bar Pepito is by no means the only fine sherry bar in London. Jose Pizarro holds two eponymous tapas and sherry focussed locations in Bermondsey, while the Halkin Bar, in Mayfair, also offers a superb sherry list. “A lot of people forgot that dry sherry is up there with the best wines when it comes to aromatic complexity and intensity and usually at a lower price as well,” Luyten says.

“The renewed interest in the drier, premium sherry market is driven by the authentic Spanish restaurants and sherry bars that have opened around the world. Not just in London, but New York, San Fransisco and Japan are also currently at the forefront of this upturn.”

With this in mind, you know how best to restock grandma’s cupboard this Christmas.