Blog » Weddings » Wedding Day » How Not to Give a Wedding Toast 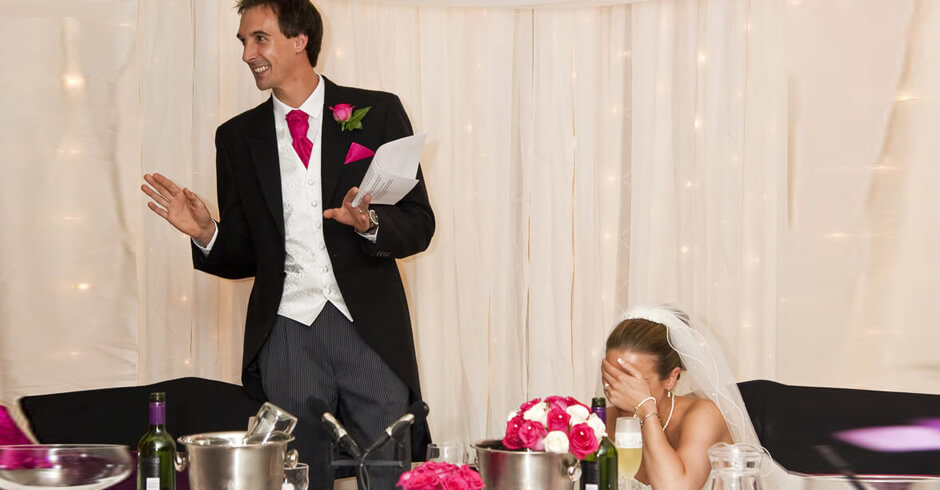 So, you’ve been given the honour of providing an upcoming wedding with a toast. Most people have no idea how they’re going to approach their speech, or what they are going to say. That’s perfectly normal, but just don’t leave it that way. Chances are, you’ve been asked because the bride or groom (or both) feel you are the best person to contribute, and have the ability to come up with some insightful and meaningful material. Most of that is going to be down to you, but for everything else, here are five nuggets of advice on how not to give a wedding toast.

One of the most disastrous things you can do is make a speech without the invitation. Sure, if you’re one of those people who can stand up in front of an audience and put the world to rights without a minute of preparation, then go right ahead. Just make sure the bride and groom are aware of what you’re doing beforehand.

Nerves are normal, as are having a couple of drinks to placate them. Standing in front of 200 people to talk about one person’s qualities and misdemeanors is not the most comfortable of things, so by all means don’t be put off bringing along note cards or gentle reminders. Also, make full use of the wedding rehearsal. 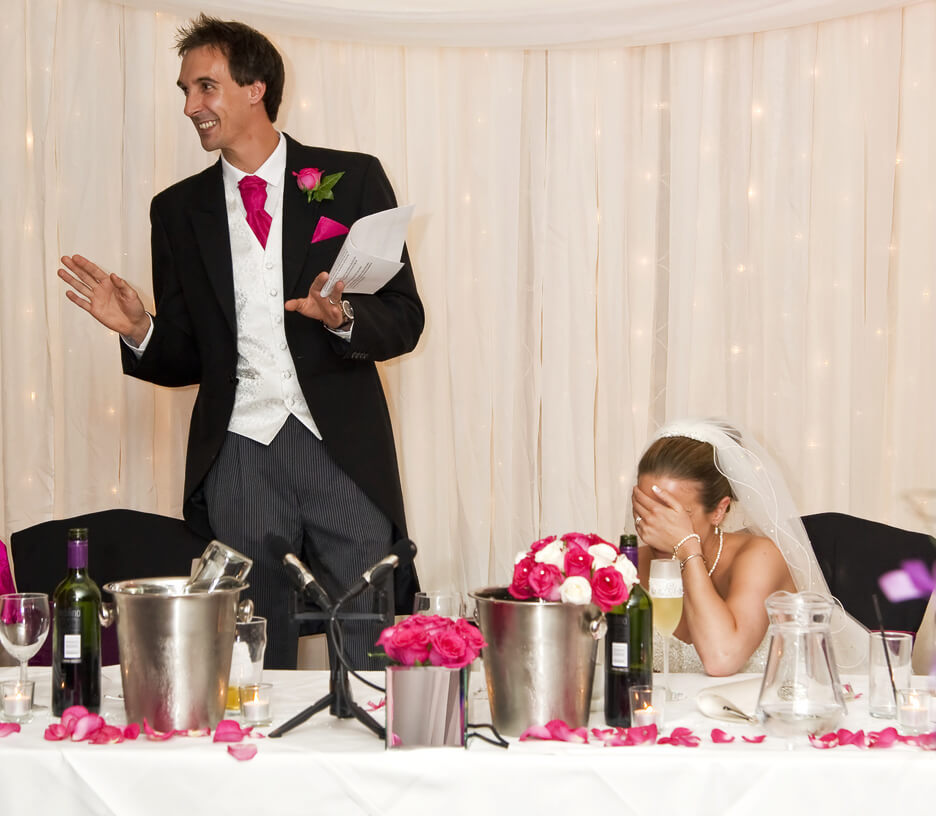 As a general rule of thumb, be funny, but keep the humor clean. The groom might’ve drunkenly fallen into the neighbor’s swimming pool at 3am on a school night, but that’s probably not the first thing the bride’s grandmother wants to hear. You’ve been chosen to deliver because you are very familiar with the bride or groom, so the least you can do is think of yourself as an ambassador for them.

Also see  How to Pull Off the Ultimate Groom Speech

Finding true love is something only the lucky ones ever experience. Try to express how fortunate the groom is to have found his bride, and visa versa. Coming up with something original, heartwarming, and profound is generally more likely to elicit the ‘aww’ response than a cliché the guests have heard countless times at countless other weddings. 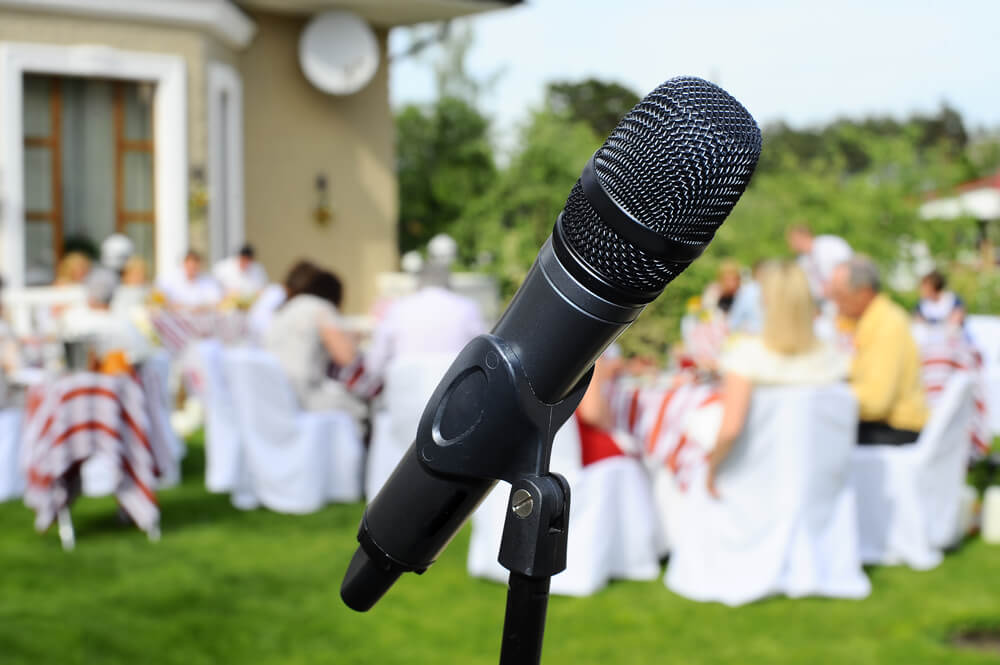 30 seconds is far too short, and 30 minutes far too long. Even if you have the world’s best joke, telling it an hour into your toast will only trigger the tumbleweed. Either discreetly keep an eye on your watch, or have someone at a nearby table give you a nod when your five minutes are up.

Still wondering how not to give a wedding toast? Simply put, do what you can to make your toast intelligent, funny, prepared, clean, considerate, and relatively sober. Can’t be that hard, can it?