Blog » Dining & Restaurants » Coffee » How is Coffee Made? The Art of Coffee Brewing & Cupping 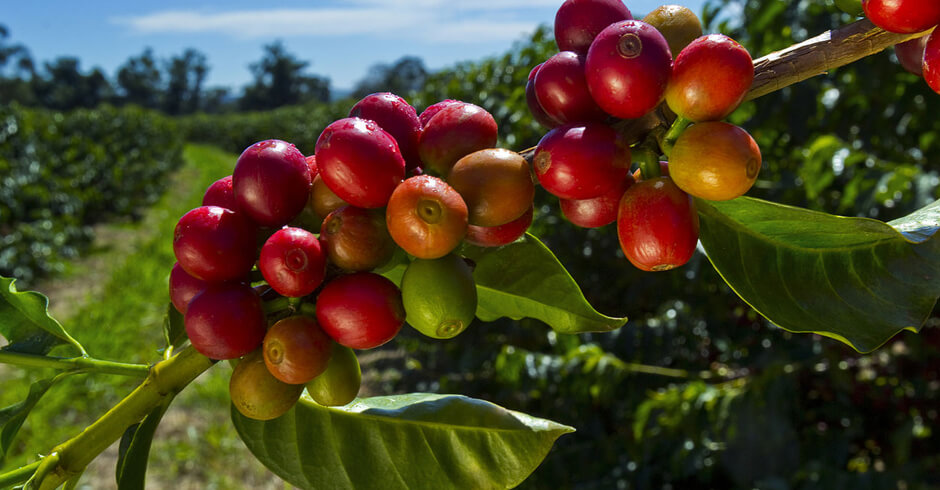 For most people, coffee is pretty simple. It’s that bitter hot brown wake-up-juice that we gulp in the mornings until we are able to open our eyes and function. But have you ever thought about how the coffee is transformed from a humble bean picked at a coffee plantation to the tasty steaming brew in front of you? Have you ever wondered how coffee is made? Or what’s the difference between the different coffee beans?

There are a lot of steps in the coffee process and each one will have an impact on the flavour and quality of the finished cup. Here are the steps in that process:

How is Coffee Made?

As the coffee plant grows it will produce a red fruit, which is known as the ‘coffee cherry’. When this fruit is picked and split open it will reveal two beans that are white in colour and waxy. The beans are side by side and they are surrounded by pulp. These plants grow best in tropical regions, as they require abundant rain and plenty of heat. For example, the best places to grow coffee are in Colombia, Costa Ria, Brazil, Guatemala, Ethiopia, Kenya and Togo. 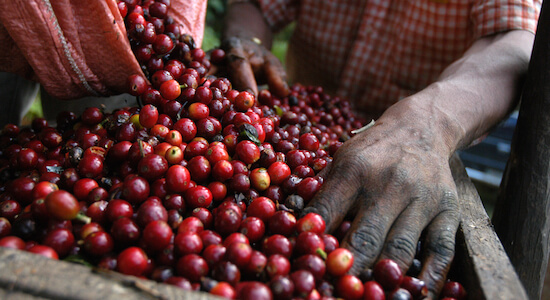 The coffee cherries will be picked by hand so that the very best ones can be selected. However, hand-picking is only practical on small plantations and on the larger plantations the coffee is picked by a machine. Nonetheless, mechanical picking produces poorer quality coffee than hand-picking because some of the cherries that get selected are not ripe yet and have an acidic taste.

During the wet process, they are separated from the pulp using a specially designed machine and then moved into fermentation tanks in order to remove the mucilage. After the skins are removed the beans must be graded and sorted on a conveyor belt and someone must remove the defective beans by hand. The green coffee is then packaged and shipped all over the world. 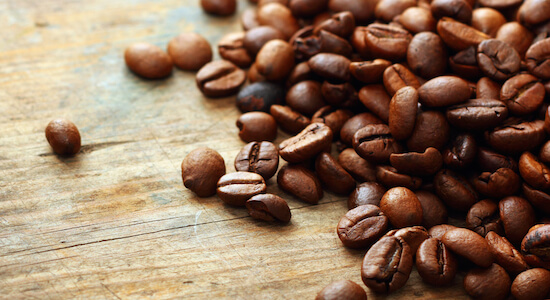 Of course, the next step is to roast the beans so that they will turn into the delicious bitter aromatic brown coffee beans that we love. Roasting is a complex process and the beans must be heated at the right temperature for the correct amount of time – any more and they will become burnt.

There are machines that are programmed to do this, but the most experienced coffee roasters will use their sense of smell and their ample experience to tell when the beans are done.

The final step is to grind the beans, either fine or coarse, so that they can be used to make coffee. Finally, the hot and delicious drink is in your cup ready to enjoy as you start your day!

Saying that coffee is simply coffee is the same as saying that wine is simply fermented grapes – it’s a lot more complicated than that. Just like wine, there are countless varieties of coffee with slight taste variations based on the type of beans, the quality of the soil, the altitude, the growing conditions and many other factors.

There are two main species of coffee beans – Arabica and Robusta. First, let’s examine the differences between the two.

Robusta is a hardier coffee that is cheaper to grow and produces a stronger, earthier flavour with more caffeine. It is very strong and acidic on its own, so it is usually mixed with Arabica coffee to make a more pleasant flavour. Also, since this coffee is easier and cheaper to grow it will usually be mixed into a blend so that the coffee can be offered at a cheaper purchase price.

The world’s largest producer of Robusta is Vietnam, with Robusta accounting for 97% of the country’s coffee output.

This type of coffee produces a lower yield and has less caffeine than the Robusta varieties, but the flavour is much better. It is sweeter, more subtle and combines the strong coffee taste with fruity flavours. Unlike Robusta, a 100% blend of Arabica beans will taste good. This type of bean is sought after for the taste, but it is more expensive because it is more difficult to grow.

Some examples of Arabica varieties of coffee include Arusha, Bourbon, Blue Mountain, Hawaiian Kona and Pacamara. 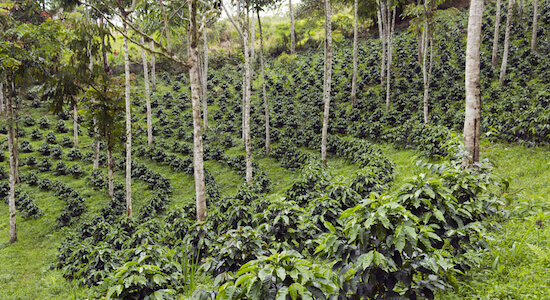 What About the Region?

Both Robusta and Arabica coffee beans are grown all over the world, but the region in which they are grown will have an impact on their flavour. Beans that are grown in Central America and Colombia tend to be light and well balanced, with pleasant fruity undertones. Brazilian beans are usually heavier with a chocolatey flavour and they are usually used in darker roasts.

Coffee plants originated in Ethiopia and the coffee here is usually described as syrupy, with strong overtones of blueberry and strawberry. The coffee that is grown in Kenya is very bold tasting, with an acidic tone that sometimes reminds people of tomato. Indonesian coffee usually has a smoky and dark taste that is somewhat reminiscent of cocoa.

These are just a few of the distinctions that are made between different types of coffee beans. High-end coffee retailers will have a very close connection with the growers that they buy from. They will perform a “cupping” or tasting on the beans frequently to make sure that they are getting the best quality. 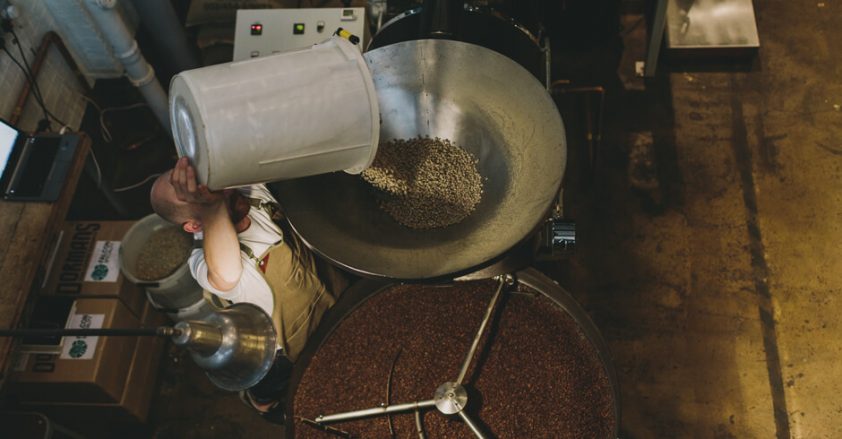 On what would otherwise be a nondescript backstreet in Shoreditch (also known as Leonard Street) is a palace for coffee lovers called Ozone. Ostensibly the place resembles a café, and stepping through the threshold you’d be forgiven for assuming it to be just that. At least, if the warm bitter aroma emanating from the floor below wasn’t so powerful, and if the shiny, well-kept roasting machines weren’t so glaringly obvious.

As well as good coffee, people are a big part of the operation at Ozone. In fact, they have been a big part of the operation even before coffee was. The story begins with Jamie and Karen, two Kiwis with big hearts and even bigger ideas. In 1995 the pair travelled to El Salvador to work with an organisation helping children affected by the civil war there. A great deal of the livelihoods of the people that lived in the area depended on the coffee plantations.

Fast-forward to their return to New Zealand, Jamie and Karen had invested in an old Otto Swadla coffee roaster and enough cash to start a business. In a short amount of time Ozone, which the company had since become called, established itself as one of the biggest roasteries in New Zealand. Craig Macfarlane, an entrepreneur with experience in hospitality, saw the potential for the brand. He bought it and, in 2012, established the company’s London headquarters.

Time Out describes the setup as ‘a major hit with office workers in and around Silicon Roundabout’, while The Independent deems it ‘one of the most beautiful coffee spaces in London.’ An interesting way of describing what looks to be an old warehouse, but the ethos and sharpness of understanding that goes on inside of it is indeed nothing short of beautiful. It’s an ethos that extends beyond the simple café-roastery dynamic, but still, it all goes back to Ozone’s ‘people and coffee’ principle.

What is Coffee Cupping?

To put it bluntly, coffee cupping is coffee tasting. This trend was standard practice for anyone in the industry in the 19th century, in particular experts based in San Francisco. Today it’s being shaped into more than that – a pastime, you might say. Even so, cupping is still a bit of a niche in most places, and has the terminology to show for it. ‘Rubber-like’ is a term used to describe the aroma of melting car tyres, while ‘animal-like’ describes a blend with a notable wet dog smell to it.

The list of terms for smells and tastes is long, though the methods of discerning them are rather simple: the process involves little more than a sniff and a slurp (a very audible slurp, at that) in order to measure the effect the coffee has on the palate. Tasters, or ‘cuppers’, as they are known, are invited to guess from which country the coffee’s beans are sourced. 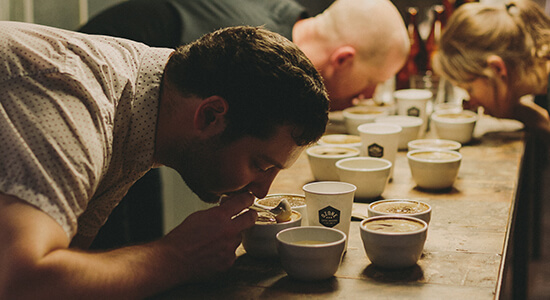 As one of the UK’s leading authorities on all things coffee cupping, Ozone is open for putting your palate to the test, but for the meantime here are some basic tips on how to go coffee cupping.

First thing is to establish your environment. The Specialty Coffee Association recommends a quiet, comfortable, well-lit room with no interfering aromas.

Of course, if you’re conducting your coffee cupping session from home, the very least you’ll need is a relatively decent roaster and a selection of beans. The glasses from which you’ll be sipping should be fairly small in size, especially if you aim to taste several different varieties of bean. SCAA suggests somewhere between 207-266ml as sufficient.

The roasting process is no short task and usually takes 24 hours before the cupping can commence. The best roasting period however is entirely up to you – some people like their beans lightly roasted, whereas others prefer a more heady roast applied. Once roasts have been completed, samples should be stored not in the fridge or freezer but in a cool dark place instead, where they should rest for eight hours.

To avoid flavours and aromas being lost too quickly, the cupping takes place almost directly after you’ve grounded the roasted beans. Allow a maximum time of 15 minutes between grinding and infusion with clean, but not distilled, water. The water to coffee ratio can be according to what you prefer, though a general guideline is to aim for 8.25 grams of coffee for every 150ml of water.

After the pouring, it’s advised you wait three minutes before any tasting happens, in order for the coffee particles to sufficiently infuse with the water. Only then is it best to proceed to the next step – breaking the crust. To break the crust, put your nose close to the coffee’s surface and puncture the crust of the ground coffee with a spoon, wafting in the aromas that follow. Then scoop off the remaining grounds and leave a minute or so for your head to clear from the glorious but pungent aromas.

Now’s the time to take your first sip or, should I say, slurp. To do this, take a spoonful of coffee into your mouth, letting the liquid cover the surface of the tongue, before inhaling through your nose and opening the mouth slightly. This does well to vent the flavours around the mouth for better tasting, while the slurping is a good way to spray the palate and let as much of your mouth as possible get a good feel for the tastes. In the interest of comparison, have a look at what those tastes might comprise of here.

During this process, it may be important to note that professionals will avoid any chatter. If one says ‘mmmm, a hint of raspberry,’ it’s quite likely your mind will start thinking about raspberry, and your palate will come off worse because of it. Leave discussion until after the cupping. Likewise, experts will spit out their coffee between tastings. After all, if you’re sampling fifteen-plus different coffees, you’re going to be spinning on the effects, to say the least.

It’s a far cry from the daily ritual of walking in and out of Starbucks and thinking none of it, but the trend is making people think more about how to better appreciate the liquid they put in their mouths. Ozone’s head Barista trainer Anson is an advocate of the craze and is one of the friendliest people you’ll meet if you fancy being part of it.

Whether you’re interested in learning more about the art of coffee cupping or want to work on your barista skills in a coffee brewing masterclass, our coffee tasting workshops will give you the caffeine fix you need.