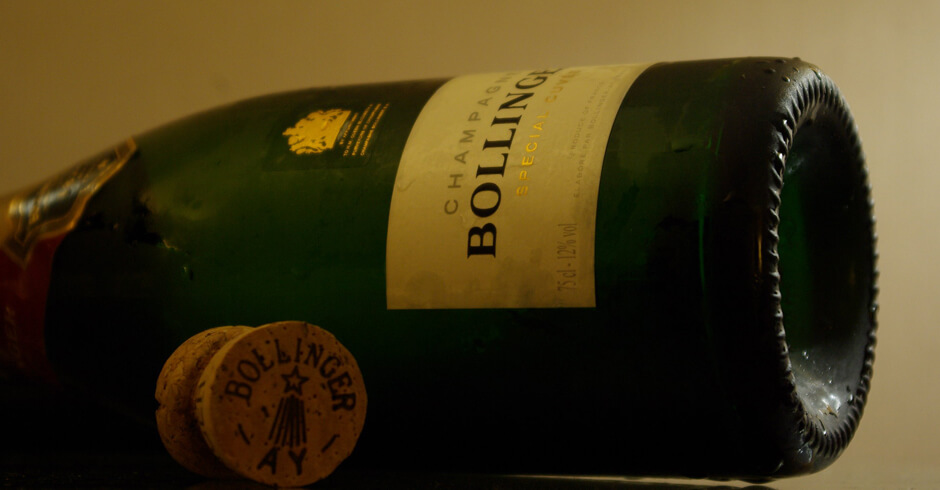 Life is full of wonders, and how exactly our favourite bubbly is made is by many accounts one of them. Curious about how a champagne gets its bubbles, what ingredients are used to create a distinct taste, and who has the world’s most laborious job? Then look no further.

Some champagne makers prefer to cut to the chase (and save a lot of money) by simply carbonating their wine. While this may be a much quicker and less intensive option, it has its downsides and some circles might consider it cheating. The following is recognised as the traditional method of champagne making, as it tends to produce finer bubbles as well as prolonging their lifespan.

To start making champagne, you first need a base wine. These are typically a cuvée, and the best ones are, not surprisingly, from the Champagne region in northeast France. Primary varieties of white sparking wine include the grapes Chardonnay, Pinot Noir, and Pinot Meunier. In order to create Rosé champagne, a splash of red table wine is added to the base cuvée.

Sugar and yeast is added to the base wine to create a concoction known as the ‘triage.’ The triage is poured into a thick glass bottle, sealed, and placed in a cellar to slowly ferment for several months. This process refines the alcoholic content of the soon-to-be champagne and traps the carbon dioxide, producing bubbles.

Even after the yeast cells have decayed (leaving what’s called the ‘lees’) and the wine has successfully fermented, some producers will keep their bottles in the cellar for up to eight years. Generally, the best champagnes are kept for five or more years to fully refine their distinctive taste and characteristic.

In order to remove the now dead yeast cells from the champagne, riddling is a process by which each bottle is turned on its head and placed in a holder at a 75-degree angle. After the lees has moved up the neck of the bottle, it can be easily removed. Despite its name, this process is no joke – before machines were used people spent their waking lives turning tens of thousands of bottles 45 degrees in a dark, dank cellar.

Also see  Where to Go Wine Tasting in London

The disgorgement is basically a freezing process whereby the champagne is frozen in order to separate the liquid from the lees that occupies the bottleneck. This is a modern interpretation of a technique pioneered by Madame Clicquot in 1816. Beforehand, champagne was cloudy in appearance.

At this point the champagne is very acidic in nature, and receives a dose of sugar to balance this. The less sugar put into to the champagne, the dryer the taste. A brut for example would have a small amount of sugar added, making it very dry. Some champagne brands will claim to also introduce some secret ingredient into their beverages, which might include port, cognac, elderberry wine, kirsch, or many of the other types of liqueurs and wines. Complementing a champagne with these ingredients also helps to top up the bottle after it has lost its lees.

Finally, one quite literally ‘puts a cork in it’ by corking the bottle and securing it with a wire hood (muselet) and cap to ensure it stays in place against the pressure of the carbon dioxide. All that’s now left is for the lucky drinker(s) to pop it. 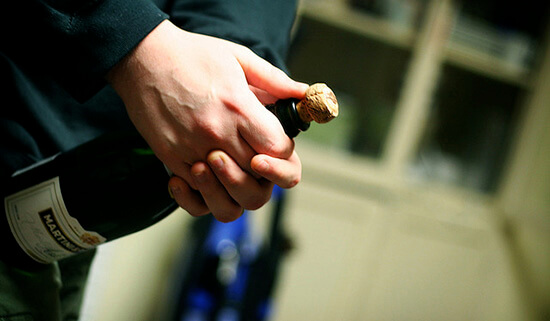