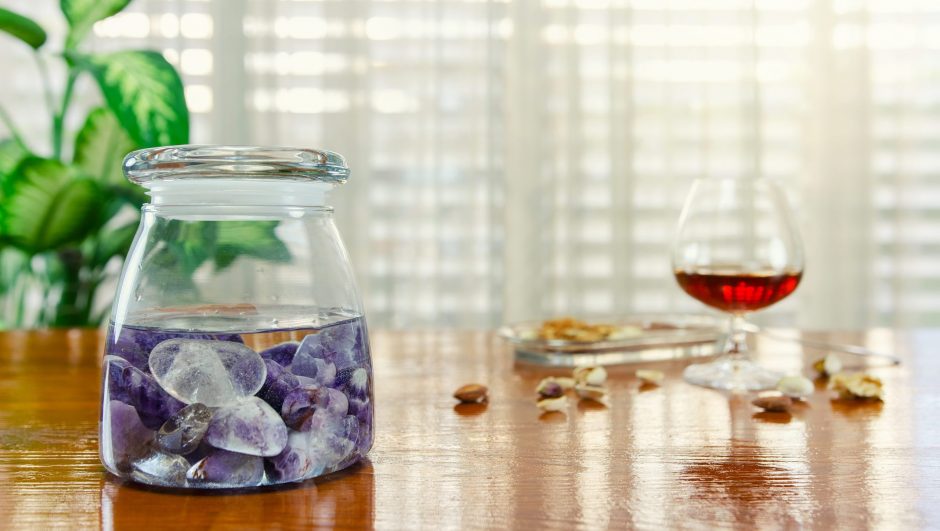 The formation of amethyst is a magical and truly complex one. In fact, geologists now understand this formation to an even greater degree, so we have more insight into where amethyst crystals come from.

An important gemstone for everything from the manufacturing of jewellery to its healing powers in the spiritual community, amethyst gets its royal purple colouring from the formation of a hexagonal crystal system in large as well as smaller cavities – with the smaller cavities referred to as geodes.

Amethyst is also an opportunity to look far back into time. The formation of a geode is filled with energetic information that can span hundreds of thousands of years. This is why it’s so interesting to explore how amethyst is formed.

But how is amethyst formed? Read on to discover a magical world of science, geology, and gemstone.

How Is Amethyst Formed? 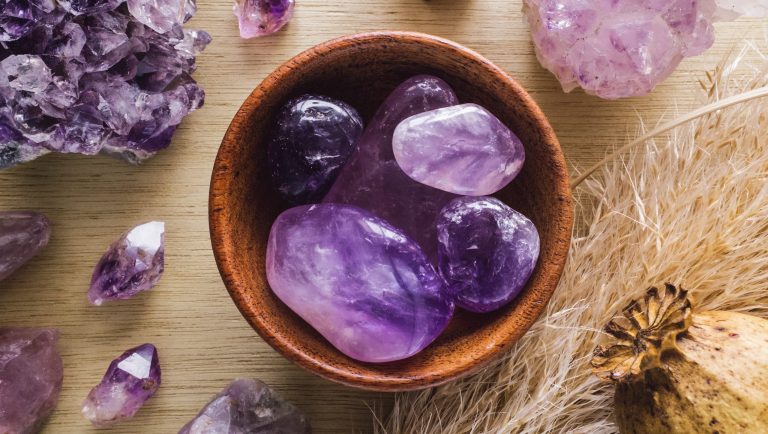 To answer the question of how amethyst is formed, it is important to consider three important factors, or “ingredients”.

The first of these is a hollow rock. Amethyst needs a hollow space in which a crystal crater can form and grow.

Amethyst crystals are formed inside pyrogenic volcanic rocks referred to as basalts. These are the direct result of volcanic lava. These rocks then become the very vessels for creating the formation of amethyst by way of minerals and water combining over time.

Amethyst crystals form against the inside rocks of the basalt, from where it is then later extracted and mined.

In addition to these key components being present in water, there also needs to be present, something called gamma irradiation. This stimulates key processes on the very inside of the volcanic rock. The process by which amethyst is formed, then, includes varying levels of carbon, calcium, and oxygen.

The third and final ingredient is perhaps the most precious commodity of them all: time. For amethyst to form, millions of years must have passed, which only adds to the incredible process. It is also this particular factor that gives value to amethyst crystals.

This also means that all natural amethyst geodes are older than humanity.

In terms of the scientific process of formation, amethyst requires a process consisting of two steps:

The final step in the formation process is gamma irradiation. This is a physical and chemical process of sterilization. The process completely penetrates any tissue while killing bacteria but preserving biocompatibility. A gamma-ray is a pocket of electromagnetic energy that is emitted by a nucleus of radionuclides following decay caused by radioactivity.

What Is Amethyst Made Of?

The main ingredient needed for amethyst to form is silicon dioxide.

Silicon dioxide, which is often referred to merely as silica, is a compound that occurs naturally and consists of silicon (Si) and oxygen (O2).

Often, silica is a main component of sand. In most silicates, the central atom shows tetrahedral coordination, which refers to four oxygen atoms surrounding a central, single Si atom.

Silicon dioxide is most commonly found as quartz, which counts amethyst among its primary family. In fact, quartz is the only polymorph of silica that appears stable near the surface of Earth.

Silica occurs in many varieties of plants, including rice. Furthermore, it is also an important component of the construction industry, for example for the production of cement (concrete).

It also happens to be the primary ingredient in glass. When molten silicon is cooled down rapidly, instead of crystalising, it solidifies and becomes glass. As such, the majority of ceramic glazes have silica as their main ingredient.

How Long Does It Take For Amethyst To Form?

The time it takes for amethyst to form is perhaps the most notable bit of information about this semi-precious gemstone.

Naturally formed amethyst geodes take literally millions of years to form. This means most geodes have been forming and growing since prehistoric times.

Over the course of thousands of years, layers of minerals build and grow crystals that eventually fill entire cavities within the earth. Exactly how long all depends on the size of the geode, with the largest of these millions of years in the making.

While the most previous variety of amethyst develops and grows naturally over time, it can also be created in a lab.

While man-made amethyst shares chemical and optical properties with natural amethyst, there are two main differences to look out for:

Can You Make Or Grow Amethyst Yourself? 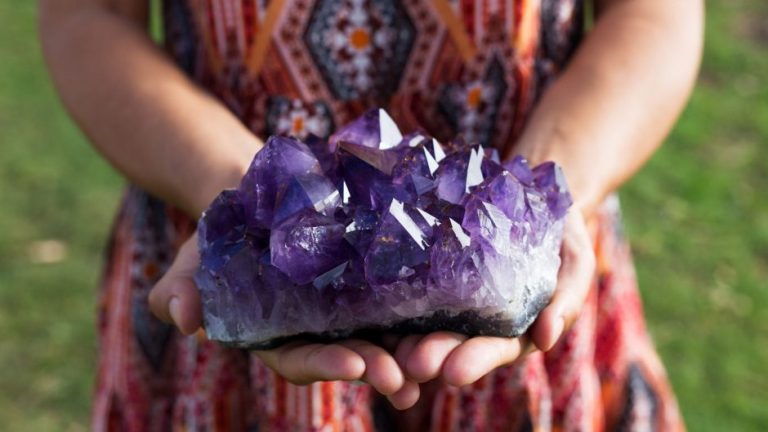 The answer to this question is a resounding “yes”. Remember, however, that amethyst grown at home would classify as man-made.

With only a small collection of ingredients obtained from your local grocer, you too can grow your own amethyst at home.

Typical ingredients needed to make or grow amethyst yourself include plaster of Paris for making a mould, around half a cup of water, some alum (commonly used for pickling and baking), and just a few drops of purple colouring. Talk about a DIY option!