Blog » Wine, Beer & Spirits » Beer » Beers from Around the World » North American Beers » Beers of the United States » Breweries in Texas » The 7 Best Houston Breweries You Should Experience 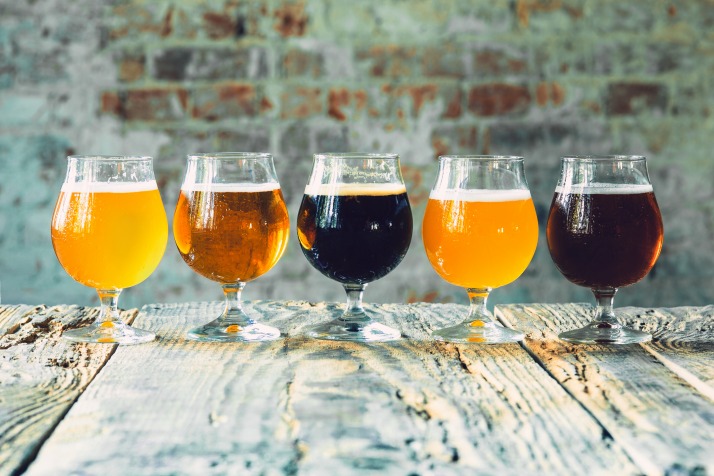 Houston is one of the largest cities in the United States and one of the best things to do besides visiting the NASA space centre and touring the city is to grab a cold Texan beer. Houston breweries are in abundance, with over 60 spread across the entire city.

Whether you’re looking for an intimate microbrewery crafting obscure styles or a hot new spot for weekly trivia, breweries in Houston have you covered.

Also known as Houston Beer Fest, this beer festival is held annually and has been ongoing since 2011. The festival is held for only 1 day and includes an array of live band performances on three different stages, craft beer sampling from numerous local and international brewers, and a variety of food stalls to provide the perfect beer and food pairings.

Oktoberfest in Houston is an annual event in celebration of the internationally recognized German tradition, offering endless beer vendors from Houston breweries, breweries from across America and abroad. The festival includes a number of entertainments ranging from live performances of contemporary and traditional German music and dance. Olympiad games are also played and include the stein race, barrel roll and the legendary brat toss. Food vendors selling German cuisine and other popular American dishes are also there.

Untapped Festival is now in its 5th year and encapsulates the wide-ranging culture of the breweries in Houston, while highlighting the established and emerging bands in the music scene. Attendees get to experience curated lists of breweries and bands. The sole aim of Untapped is to provide the best music to avid beer drinkers and to introduce new and exciting craft beers.

The 7 Best Breweries in Houston

Buffalo Brewing claims to be the most creative brewery in Houston as they have a wide and inventive collection of colours and flavours on their beer menus. Some of these include a thin mint stout and an intense orange Dreamsicle-infused brew. Their creative brews are one to leave guests in awe. They recently opened a 3-story brewtopia featuring a full Southern food menu, a tv and a rooftop beer garden.

This brewery does one of the best hazy IPAs in Houston and offers a diverse and exciting line-up of brews. Their establishment is cosy with a fun approach to entertainment, recently, they opened SpindlePark which features a space to play kickball, baseball, basketball, soccer, lacrosse, volleyball, disc golf and cornhole. They also offer everyday food favourites such as wood-fired pizzas, burgers, steaks, and tacos.

8th Wonder is a popular brewery in Houston because it celebrates a Houston baseball team known as the Astros. In 2018, the 8th Wonder distillery opened across the street from the brewery offering a variety of artisanal spirits and mouth-watering cocktails. The brewery’s outdoor patio is colourful and has an enormous amount of space, with picnic table seating, standing area, cornhole and a line-up of food trucks.

This brewery serves beers of all kinds, with over 20 unique house-brewed beers ranging from crisp and clean pilsners to dark stouts and tart, fruit-forward sours. Their brewery includes a spacious and shaded beer garden and a huge climate-controlled taproom. B-52 is family-friendly, providing daily food trucks suitable for the whole family.

The brewery is named after the Long Point-Eureka heights fault system. Their signature brews are crisp, low-to-mid ABV ales. The staff at Eureka heights are fun and light-hearted, with trivia nights being held on Wednesdays and bingo on Thursdays. Food trucks are available for people who want to grab a bite while enjoying their cold craft brews.

Holler Brewing is a local and independent microbrewery that makes some of the best lagers and ales that can be found in some of Houston’s fine establishments, and of course, their own taproom. They focus on expertly crafted variants of traditional styles and their beer list is ever-evolving, with a rotating selection of their fan favourites, seasonal beers, and innovatively new brews.

Saint Arnold is the oldest craft brewery in Texas and has managed to pave the way for many breweries in and around the state. The brewery continues to brew some of the finest beers in Houston, earning them many Great American Beer Fest medals. Saint Arnold is an aesthetically pleasing brewery, with cathedral-like interiors of their ball hall featuring several small chapels. Their outdoor patio has an amazing beer garden and the brewery also offers their guests with a restaurant providing a full food menu.

With so many brewery options available in Houston, the beer industry in this city is one to truly explore.