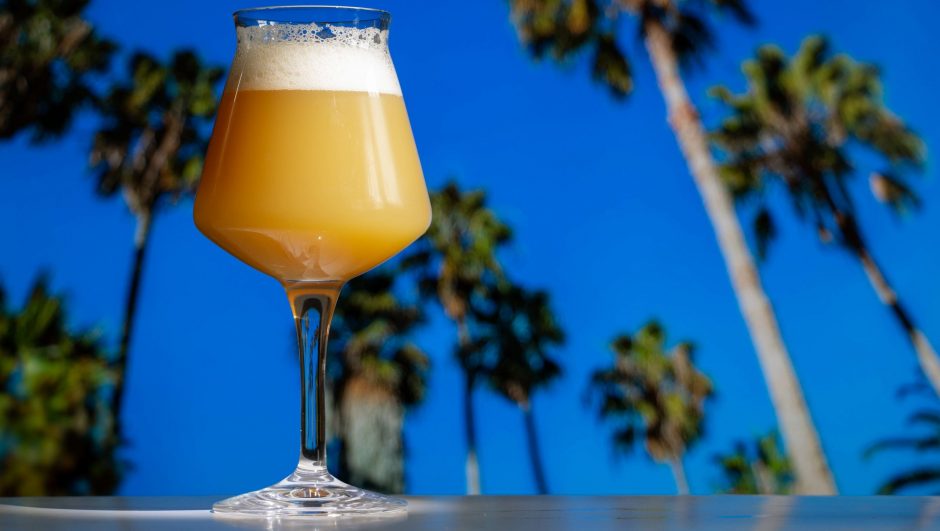 Are you a fan of hoppy beer and just can’t get enough of that hops taste? Or are you a fan of the Indian Pale Ale (IPAs) style of beer that has taken the craft beer scene by storm in recent years?

Then this guide to Hoppy beer is just for you. It will answer your questions and explain the difference between hoppy and bitter beer. And you will also learn a thing or two about relative and perceived bitterness and IBUs (International Bitterness Units) to boot.

Right now that we’ve got all those acronyms out the way, let’s go and learn about Hoppy beers.

What Is Hoppy Beer? 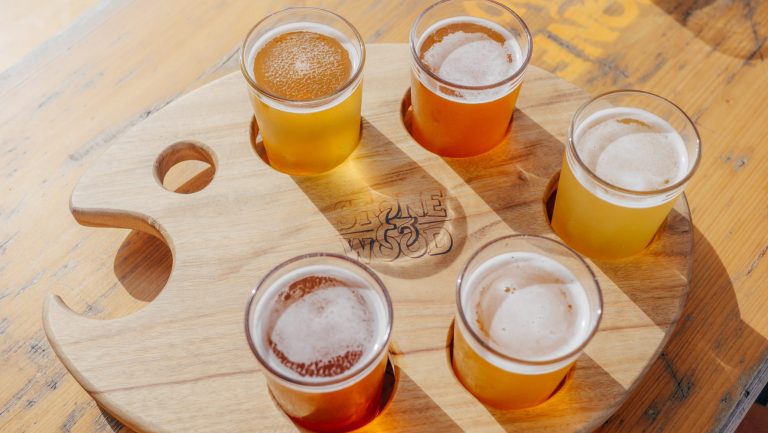 Beer is traditionally made with just four simple ingredients; malt, yeast, hops, and water. Each one of those four substances adds something to the taste of the finished beer, and the brewer decides how to combine them.

What Does Hoppy Mean?

A hoppy beer showcases the hop flavour and aroma of the hops. ‘Hoppy’ alone isn’t enough to describe a beer. Instead, it should be followed by descriptions of its bitterness, flavour, or aroma.

But what does it mean to describe a beer as ‘hoppy?’ Hoppy is often used as a synonym for ‘bitter,’ but there are plenty of beers that use loads of hops and don’t taste the least bit bitter. So, does ‘hoppy’ even mean anything at all? First, it’s important to know what hops do in a beer.

Hops would keep the beer from spoiling and helps to keep the beer fresh longer. The reason hops, heather, dandelions, or any other bitter herb was added to beer was to balance out the sweetness from any residual sugars not fermented into alcohol.

So do hops add bitterness? Potentially yes, but the timing when hops are added will determine what its effect on the beer will be.

Should the hops be added after fermentation is complete, in a process called “dry-hopping,” then they will primarily add aroma to the beer.

What Is The History Of Hoppy Beer?

The hop plant is believed to have originated in Ancient Egypt and was used as a salad plant. It is thought to have first been used to flavour a fermented beverage in medieval Germany, from where its cultivation spread across Europe. Ale ̶ an un-hopped beer ̶ declined in popularity as the use of hops grew more widespread.

Also see  Everything You Need To Know About Light Beer

Let’s look at the terms Hoppy Vs Bitter. This has led to a great misunderstanding that all craft beer is hoppy and therefore bitter.

But all beers have hops, so what’s the issue? Let’s take a look.

One should also know that bitterness has a huge range. International Bitterness Units (IBUs) is the scale used to measure the bitterness of a beer. It measures the isohumulone in a beer ̶ this is an acid from the hops.

The scale starts at zero. Most consider a beer with over 80 IBUs to be on the higher end of the scale.

But let’s slow down, just because a beer has a high IBU, doesn’t mean it will be bitter. This is where relative and perceived bitterness comes into play.

The malts used in beer are the counterpart to bitterness. So if a beer has a lot of malts (probably higher ABV), then it can balance out a higher level of IBUs.

This video which explains relative and perceived bitterness very well.

Hoppy beers taste like hops, although the nuances of the flavour can vary based on the type of hop being used. Each hop variety has a unique flavour and bittering profile: the variety of hops used in the brewing process will determine what the beer is going to taste and smell like. Hops can impart a piney, earthy, citrus, floral, or fruity flavour.

Hoppy beers use a lot of bittering hops early in the boiling process to extract the maximum amount of bitterness from them. They either add the aroma or flavour hops into the boil at a later time or not at all.

Also, it’s worth noting that, whatever bittering hop you’re using, you’re going to use the most of that type of hop. This is why beers like IPAs are mostly hoppy.

What Are The 10 Best Hoppy Beers To Try Right Now?

Here’s a list of 10 hop-forward beers to try right now. They are all from the US.

What Foods Can You Pair With Hoppy Beer? 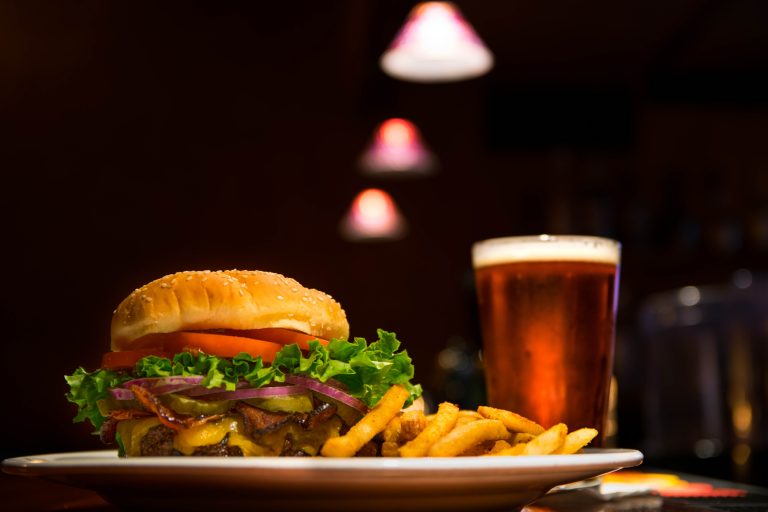 IPAs can be bitter and hoppy. So they need to be paired with food with similarly strong tastes so as not to overwhelm the dish. Think of spicier dishes, such as Mexican tacos or a burger with a spicy barbecue sauce.

We hope that we’ve cleared the rather muddy pool that is Hoppy beer and whet your appetite to try some pairings with hop-forward beers.