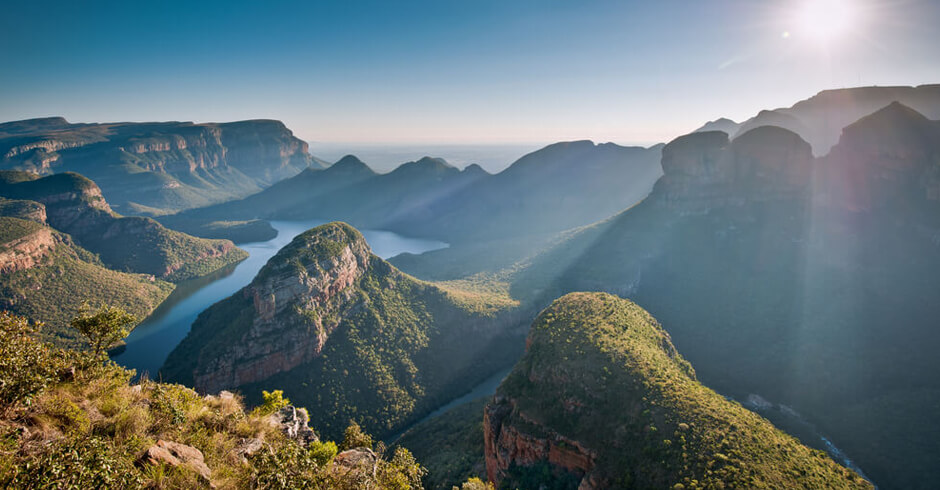 South Africa is known by its inhabitants as the Rainbow Nation because it holds tremendous pride in its multicultural society, but in truth it exhibits diversity in just about every other area as well. South Africa is bursting with opportunity for adventure; it’s the sort of country that possesses a very rare mix of modern development, African culture, opportunity for exploration, and free roaming wildlife that we would challenge you to find anywhere else in the world. 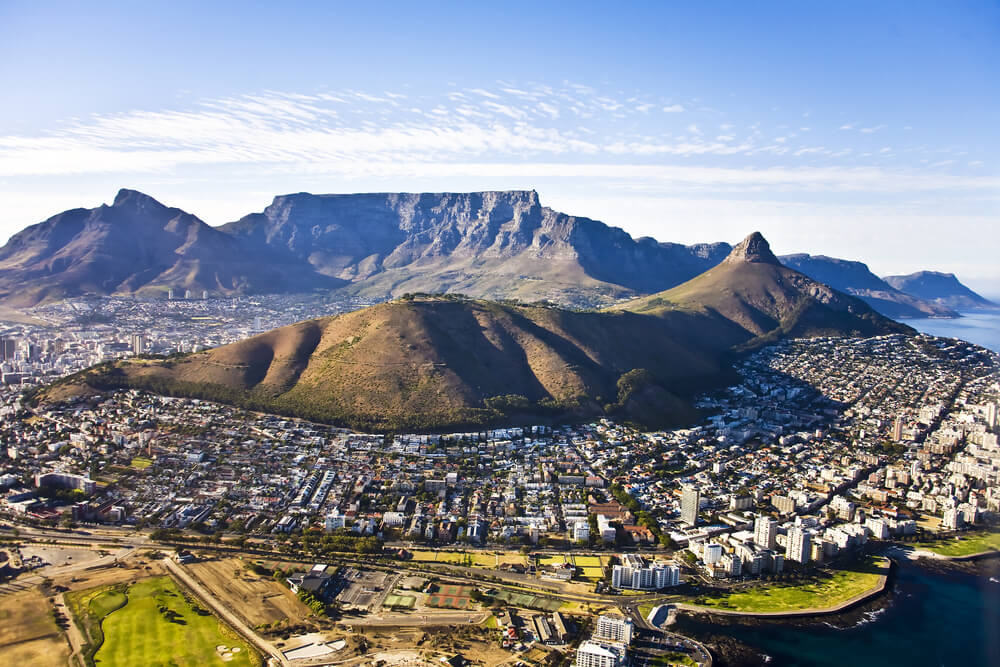 If South Africa is the Rainbow Nation, then Cape Town is the centre of it. A full spectrum of African cultures from various tribes intermingles with the European influences lingering over from colonial times. Architecturally, one can see how much Cape Town has ben influenced by the Western ways. Offices, houses, shops, and supermarkets line streets all in view of Table Mountain looming in the background. Meanwhile, marketplaces swell with vendors selling traditional biltong while the smoky aroma of fresh meat cooking over braai (barbeques) hangs in the air. While almost everything about the country is new and exotic to even the most prolific traveller, South Africa has always been a popular holidaying spot for Europeans, so to anyone travelling from the UK, it will feel like home from home. 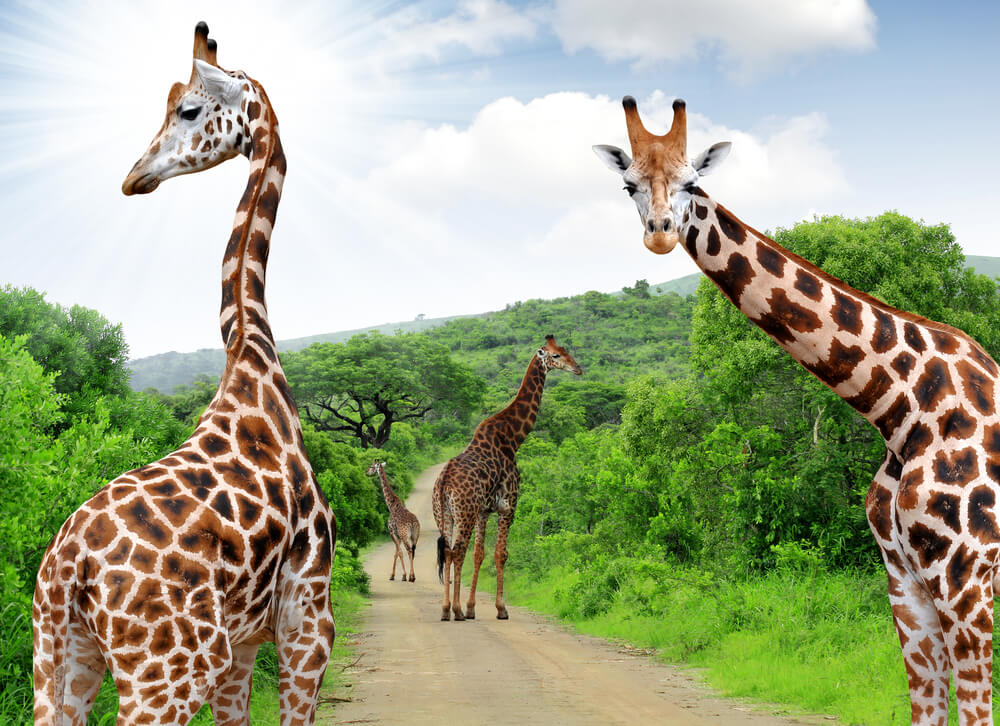 With an astonishing 21 National Parks within its borders, South Africa has naturally occurring wildlife in limitless supply. It is especially protective of its ‘Big Five’: the buffalo, elephant, lion, leopard, and rhino. While spotting all five on one trip is rare, one can never put a price on the moment they first see a pair of young lions hunt down a buffalo, or appreciate the real enormity of an elephant in the flesh.

What is a Mini-Moon and Why Should I Take One? 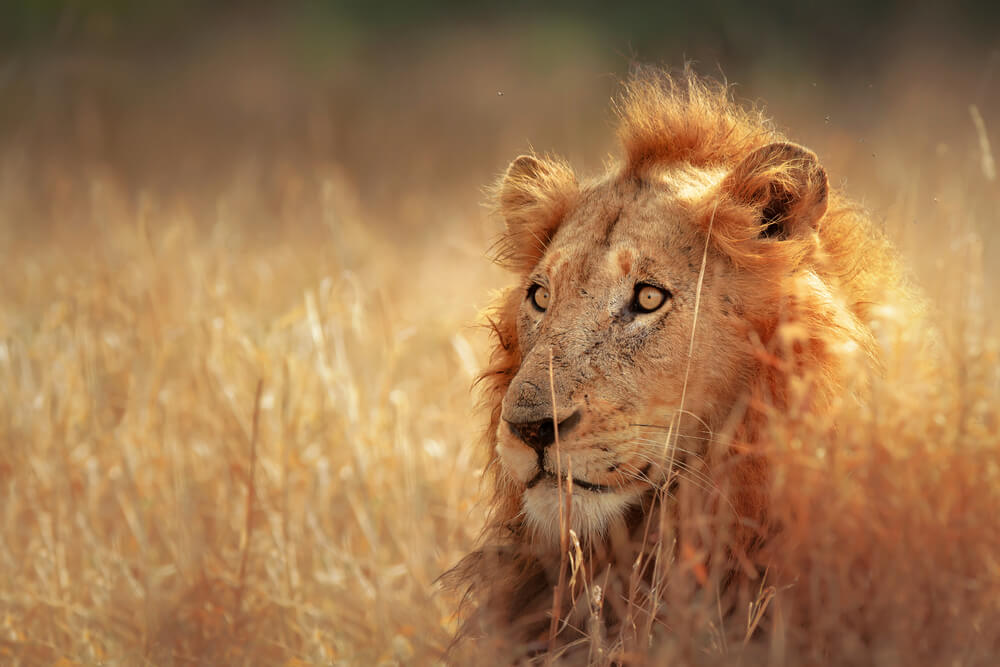 In terms of spotting those Big Five, and though Royal Natal, Golden Gate, and Table Mountain are likely to end up on the to do list, Kruger National Park has an enormous 8,000 square miles waiting to be explored in which there are over 140 species of animal to be acquainted with.

In a similar way to New Zealand, South Africa is by no stretch of the imagination lacking in the activities department. On water alone there are 25 things to do, with kite surfing and crocodile cave diving among them. Sailing alongside whales, dolphins, and penguins is also the sort of thing that doesn’t quickly deplete in novelty, and for those curious as to what’s under the water rather than on the surface, scuba diving through kelp forests and scuttled shipwrecks provide ample room for adventure. 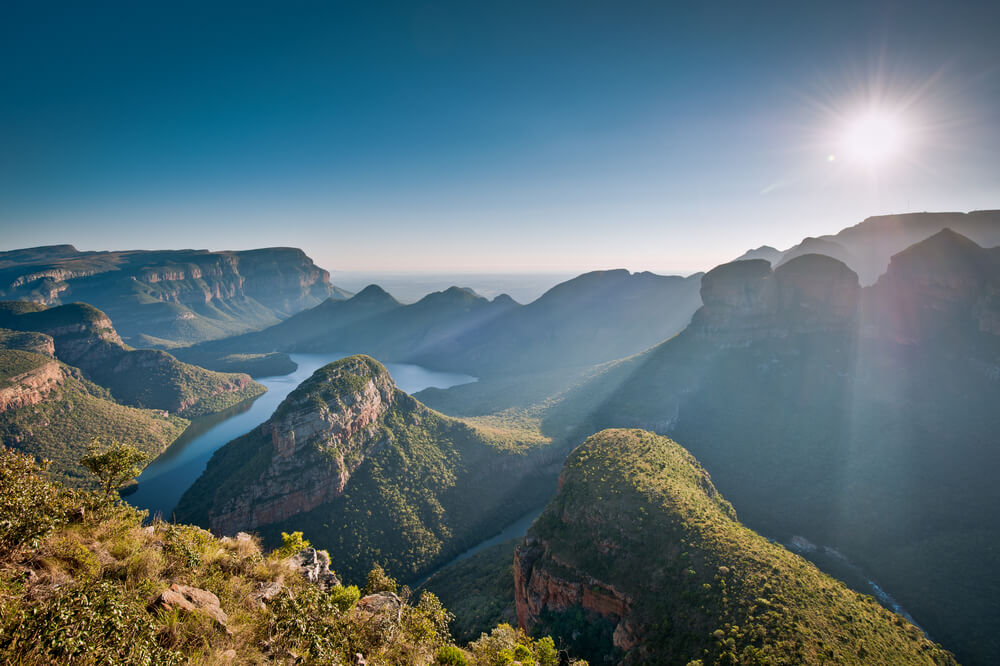 At loftier heights, and with a 216-metre drop, the Bloukrans Bridge Bungee is the fourth highest in the world – enough to test anyone’s courage. The Zip 2000 at Sun City holds similar honours, claiming to be one of the highest, longest, and fastest zip-lines in the world. For something a little more obscure, ostrich riding might catch the eye of the outlandish pursuer of things to do. With activities such as those, suddenly the adrenaline rush one might be looking for doesn’t seem so elusive.

Not quite as action-packed, the Leopard Creek 18-hole golf course is by some distance the best of its kind in the country, but for the even more relaxed among us, there really is little that can beat a good old-fashioned walk in one of South Africa’s numerous National Parks.

South Africa’s infrastructure has seen substantial improvements thanks to the 2010 World Cup. Fine dining proves no exception, and Cape Town in particular has been the biggest part of the gourmet revolution. La Colombe, for example, fuses fresh local ingredients with an unmitigated French flair amidst the beautiful surroundings of the vineyards that source some of the country’s best reds.

Then there’s the Test Kitchen which, true to it’s name, is both ‘creative and controversial’ according to its head chef Luke Dale-Roberts. Luke has earned recognition from the likes of Heston Blumenthal, who has praised the chef for ‘putting seemingly incongruent ingredients together in such a way that they work amazingly well.’ 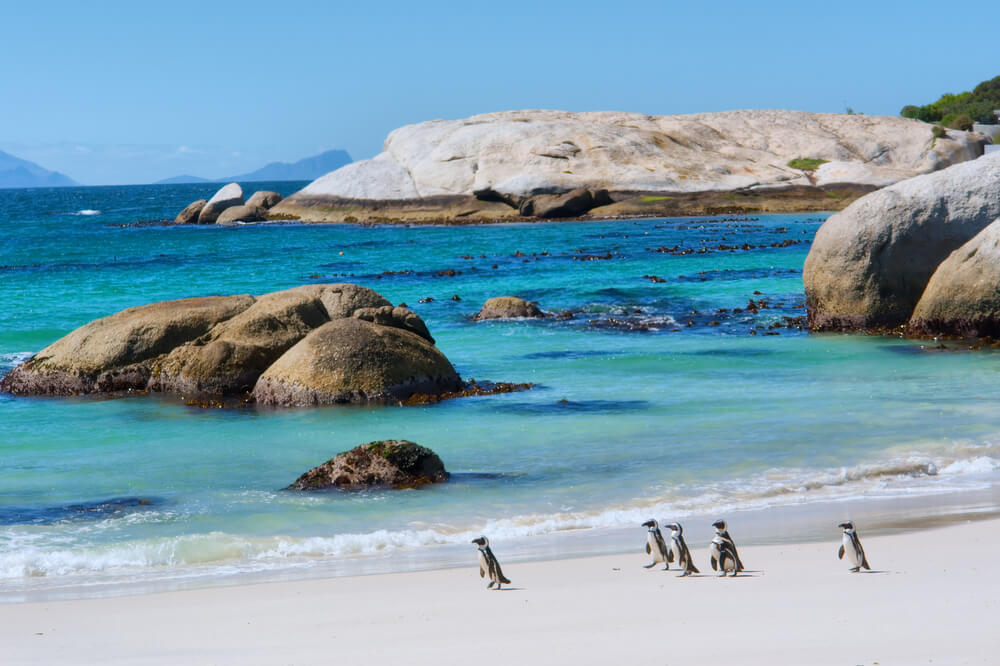 There are two words in particular that epitomise romance in South Africa – sunsets and beaches – and, just like the newly wedded couple, they’re best enjoyed together. On one hand, Camps Bay and Clifton beaches situated at the foot of Table Mountain may well be the pick of the bunch in range of the cities, as they feature classy cafes, mansions, and open-air restaurants. On the other hand, the secret sands tucked away in the Cape Peninsula and The Wild Coast are at times quiet enough to be enjoyed in solitude, and are just the sort of places to be in the evenings when the sun is beginning to set low on the horizon.

That said, we couldn’t mention romance and honeymooning without mentioning wine making. Thanks to the Huguenots, who were experienced in the growing of wine, the Western Province is now famous for it’s world-class reds. This particularly goes for the Franschhoek and Stellenbosch regions, which both possess a climate nothing short of perfect for grape growing. 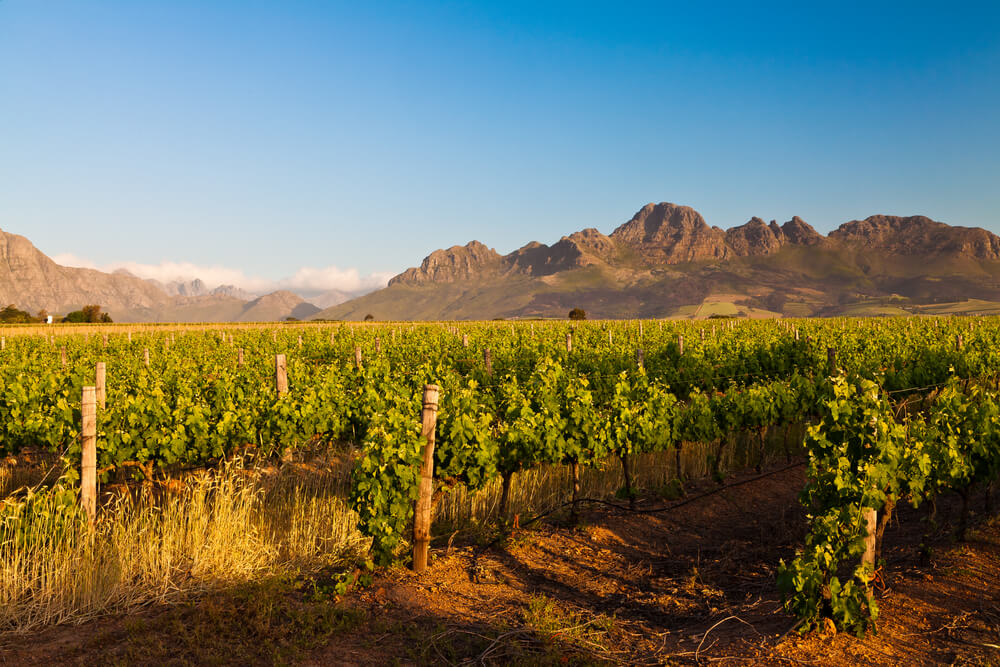 Though we’ve said our bit, there still remains infinite ways to spend a romantic retreat in South Africa – we haven’t even begun to consider hang gliding, Kloofing, turtle tours, or cage diving…