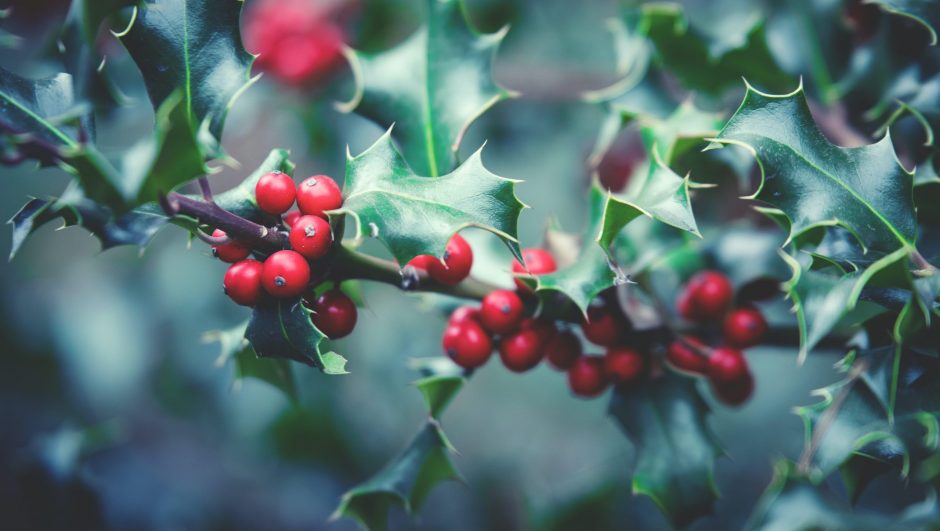 Holly bushes are an excellent addition to almost any garden, big or small. They add a pop of colour during the winter months, as well as provide a lush, green backdrop for all your beautiful flowers in the summer months.

What is a Holly Bush?

Along with narcissus flowers, holly is the birth flower for December. These plants are popular for a number of reasons and are often used in Christmas crafts and when making wreaths. Small animals and wildlife are also especially appreciative of them, as they provide an important source of winter food and habitat.

Let’s take a closer look at everything you need to know about planting, growing and caring for holly bushes.

How Many Types Of Holly Bushes Are There?

Holly bushes all fall within the Ilex genus of plants. To date, there are approximately 480 deciduous and evergreen species within the genus. This includes trees, shrubs and climbing plants.

Throughout the world, different native holly plants can be found within both tropical and temperate regions. The berries and fruits all tend to appear in the autumn months and are found in a range of colours, including yellow, white, pink, black and various shades of red.

How To Grow A Holly Bush 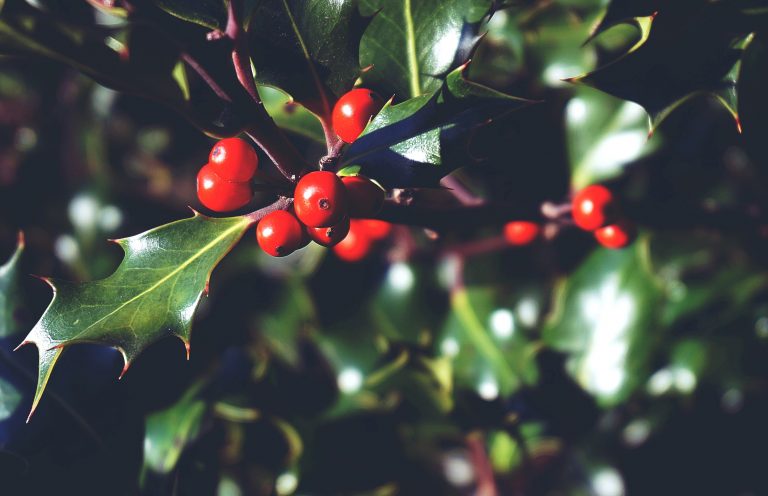 Before you go ahead and plant your holly bush, you can make sure most of its needs are met by considering the following:

When to Plant a Holly Bush

Holly bushes are best planted throughout the milder months of spring so as to avoid intense heat or cold.

Where to Plant a Holly Bush

When planting your holly bushes, choose a sunny to lightly shaded site with fertile, well-draining soil that will stay evenly moist when watered.

How to Plant a Holly Bush

To plant your holly bush plants, dig a hole that is about three times wider than the root ball but not quite as deep. Be sure to gently remove the plant from its container and tease out the roots if you are planting the bush in a pot. Mix your compost into the planting hole and if your soil is pH neutral or alkaline, add some bark or wood chips to increase acidity. Once the plant is in the hole, fill it with damp soil at the base then add about three inches of organic mulch to make sure it stays moist.

12 Types of Popular Phlox Flowers to Grow in Your Garden

How to Care for Holly Bush

One of the great things about holly bushes is that they’re very easy to care for once they’re established. Ensure that you fertilize your bushes at least once a year using a balanced fertilizer. In normal circumstances, holly bushes don’t need to be watered but if in a drought, give them about five centimetres of water every week.

Mulching around the base of the shrub will help the bush retain water in the summertime and even out the temperature of the soil in the winter months.

If it seems as though the shrubs are being damaged by the elements of winter, you can wrap them in burlap to protect them from the weather.

When To Trim Your Holly Bush

To properly care for your holly shrubs, you will need to prune it fairly regularly. By pruning your holly bushes, you can ensure they keep a nice, compact form instead of becoming leggy and scraggly.

If you prefer a smaller shrub then you can trim your holly bush at any time, although the best time is mid to late April.

How To Kill A Holly Bush

Holly bushes are quite resilient and can grow to be quite large. Bushes less than two feet away from a house can pose a threat to its foundation given enough time. These plants can also grow back, even after all of their branches have been cut off.

Killing a holly bush can be done with a little bit of effort, should you need to rid your garden of it for any particular reason.

What is the June Birth Flower? Symbolism of Rose & Honeysuckle

Make sure you start killing your holly bush off in the cooler months when the shrub’s nutrients are pulled into its root system. Begin by pruning the shrub as close to the ground as possible. Then, hammer a copper spike into the middle of the trunk. These spikes can be bought at hardware stores and are typically used to hammer down copper roofing.

Next, cover your holly bush’s stump with an opaque tarp as this will help deprive it of sunlight. If you so wish, you can also pour bleach onto the stump and around the roots for a few days. However, this could harm any other soil and plants around your holly bush.

How big do holly bushes get?

The size of a holly bush can depend on a number of different factors including the space they have to grow, the environment they’re planted in and what variant of holly you have. Typically, holly bushes can get very big. Some of them can grow up to six feet tall while others can grow significantly higher.

How long do holly bushes take to grow?

Once established, holly bushes grow at a slow to medium rate. You can expect to see height increases of between 12 and 24 inches per year.

What are holly bushes good for?

Holly bushes are fantastic fillers as they add lush green backdrops to any garden. They also provide essential food to birds in the colder months of winter.

Do you need two holly bushes to get berries?

What Is July’s Birth Flowers? The Two Official Birth Month Flowers for July

Are holly bushes poisonous to dogs?

Some holly bushes can have less significant effects on dogs, but it’s best to keep your pets away from all kinds of holly berries as they are toxic.

How long do holly bushes live?

If properly cared for, holly bushes can live for several years.

Is holly a tree or a bush?

There is no standard answer to this question, but typically holly can be categorized either as a tree or as a bush depending on the size and variant of the plant.

Pretty, popular and easy to grow, (a bit too easy sometimes!) holly looks great in every garden. But it must be kept under control to avoid it taking over!