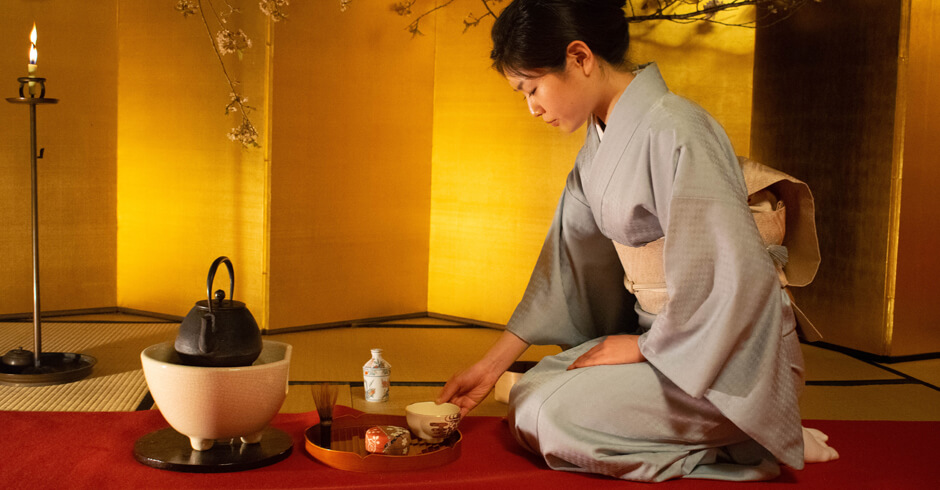 In Japan, tea is more than just a hot drink. It is a very important ritual that has a lot of meaning within the culture. The tea ceremony represents purity, tranquillity, respect and harmony and a lot of preparation goes into this important event. Discover more about the history of Japanese tea below.

History of the Japanese Tea Ceremony

The tradition of the Japanese tea ceremony is linked to Buddhism and it dates back to the 9th century when it was taken by the Buddhist monk on his return from China. The entry in the Nihon Koki states that the Buddhist monk Eichu personally prepared and served sencha to the Emperor Saga who was on an excursion in Karasaki in the year 815.

Tea had been known in China for over a thousand years by the time it became popular in Japan. Tea was drank mostly for medicinal reasons throughout China and green tea was used in religious rituals at Buddhist monasteries. In Japan it became a status symbol among the warrior class and it started to evolve its own aesthetic. 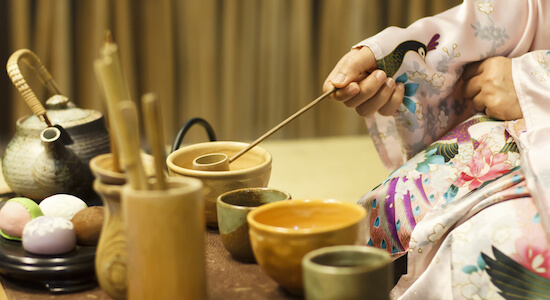 The procedure for the tea ceremony will vary depending on the venue and the time of year, but usually the host and the guest will give each other a silent bow and then they will ritually purify themselves in a stone basin by washing their hands and rinsing their mouths with water. They will then remove their footwear before they enter the tea room through a small door. They will then be seated in order of prestige.

The guests will be served a meal in several courses, accompanied by sake and a small sweet. After the meal there is a break when the guests leave the room and the host sweeps it down, sets up a flower arrangements and makes preparations for serving the tea.

The guests are summoned back into the tea room and they purify themselves again before examining the items in the room. Every object used in the ritual is ritually cleansed, including the tea scoop, the whisk and the tea bowl. Bows are exchanged and then the first guest is given a bowl of tea. They take a sip, compliment the host on the tea, bow and then wipe the rim and pass it along to the second guest. The procedure is repeated until everyone has taken tea from the same bowl.

One of the most important ideas behind the Japanese tea ceremony is the concept of “Wabi” and “Sabi”. “Wabi” represents the spiritual experiences of human lives and it symbolises quiet and sober refinement. “Sabi” represents the material side of life and it means weathered or decayed. Understanding this emptiness and imperfection is considered an important part of spiritual awakening. Experiencing a tea ceremony gives you a glimpse into a fascinating part of Japanese culture that has a lot of history and cultural significance.