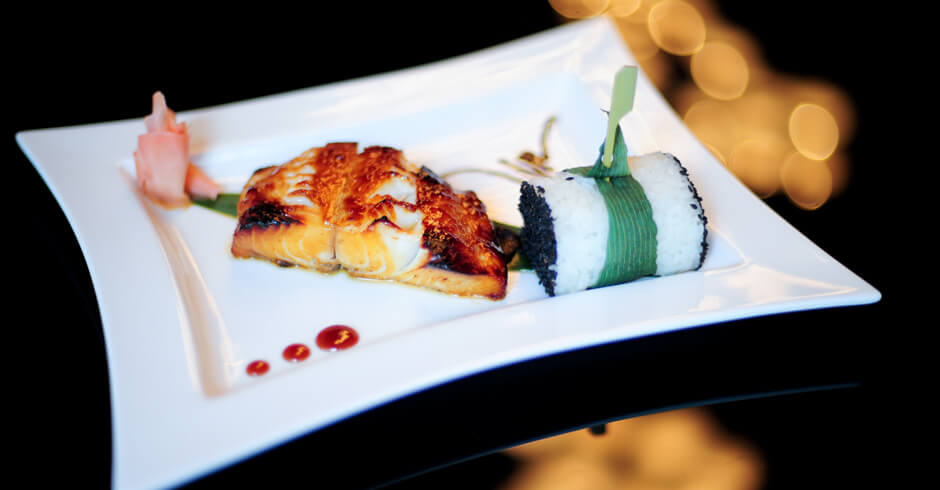 In the age of new media, buzz restaurants are all the rage. Chefs who get on board with the best PR teams have their restaurant plastered across the Standard and Zagat as the trendiest place you must be seen. Yet for those of us who are more about deliciousness for its own sake, there are plenty of hidden gem restaurants in London where we can get more bang for our buck.

The second branch of Kurobuta is just as good as the first. And that’s no mean feat. A vast, airy dining room is dominated by an open-plan kitchen to create an inviting dining space. But it’s the food that’s the real highlight. The combinations of sugar and salt and umami and smoke are provided masterfully by the Australian former Nobu chef, Scott Hallsworth.

Find Out More About Kurobuta 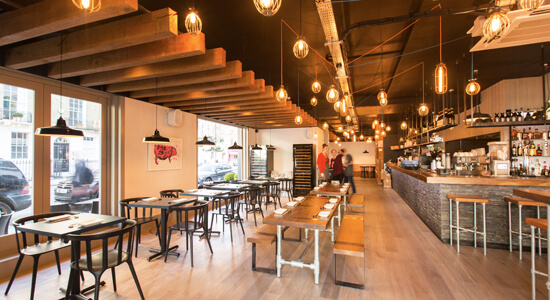 The airy dining room at Kurobuta

Very few of them are as high quality as Picture. The three chefs who form the kitchen team worked together at the Michelin star Arbatus/Wild Honey group, before deciding to set up their own restaurant. Picture ventures away from the stuffy Michelin scene with a no-frills format and delicious cuisine that has even earned plaudits from Simon Rogan.

The Typing Room is located on the former premises of, first, Bethnal Green Town Hall and, latterly, the much-loved Michelin star Viajante. A quick history of that restaurant: it was opened by highly rated Portuguese chef Nuno Mendes and, within a year, won a Michelin star, entered San Pellegrino’s World Top 50 and was named Harden’s Best Restaurant.

At the start of this year, Mendes suddenly announced he was leaving the restaurant to head up the then unheard of Chiltern Firehouse. A certain Jason Atherton, who’s spreading himself more than a little thin these days, took over the vacant spot and opened up the Typing Room with former Tom Aitkens chef, Lee Westcott, at the helm. The Guardian called the food “bloody marvellous”.

Find Out More About the Typing Room 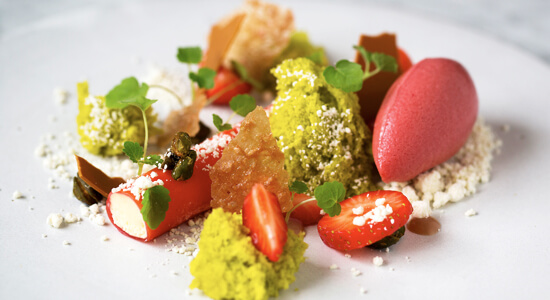 L’Etranger’s co-owners recently told me they’re tired of being London’s best kept secret. But, until the recognition they surely deserve comes to fruition, they are worthy of inclusion here. And the two owners’ complementary personalities give in an insight into what makes the restaurant so great: Jerome Tauvron, student of French greats including Ducasse, Guérard, Gagnaire and Roux, masterminds the delicate Japanese inspired French cuisine, while Ibi Issolah, who matches food to his wine when going to a restaurant, oversees the multi award-winning wine and champagne lists.

Starting out in York, Vanilla Black, a haven for vegetarian nouvelle cuisine, cashed in on its success with a move to east London in 2008. Chef-patron Andrew Dargue specialises in bringing out maximum flavours from sometimes unlikely combinations. Red wine-braised puy lentil dahl is the starter singled out by food critic Simon Hattenstone. “Each flavour works to heighten the other – the creamy potato, the lightly curried dahl and the pungent galangal.” 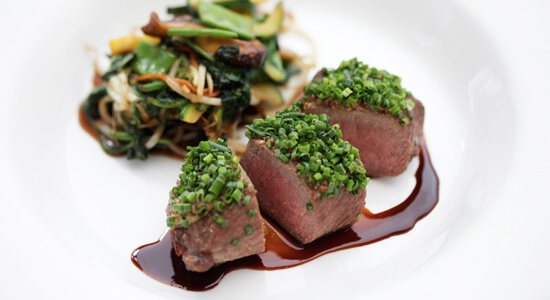 Despite acclaim from, most notably, the queen, not too many know about Mosimann’s. This is likely due to its status as not so much a restaurant but rather a private dining club. Founded by Anton Mosimann, who catered for the 2011 Royal Wedding, the place remains a family-run business of the utmost opulence. While the cuisine naturelle throws up a number of surprises, Mark Mosimann recently told TRULY that their most popular dish remains the appetising take on bread and butter pudding…

Pakistani cuisine doesn’t quite get the kind of acclaim it probably should. Afterall, it was pretty well part of the same land mass as India until Britain granted its independence. Salt n Pepper was set up to educate Brits about the treasures from the Pakistani wok that we’re not fully aware of, from kebabs to karahis and biryanis.

Which of these hidden gem restaurants in London is your favourite?