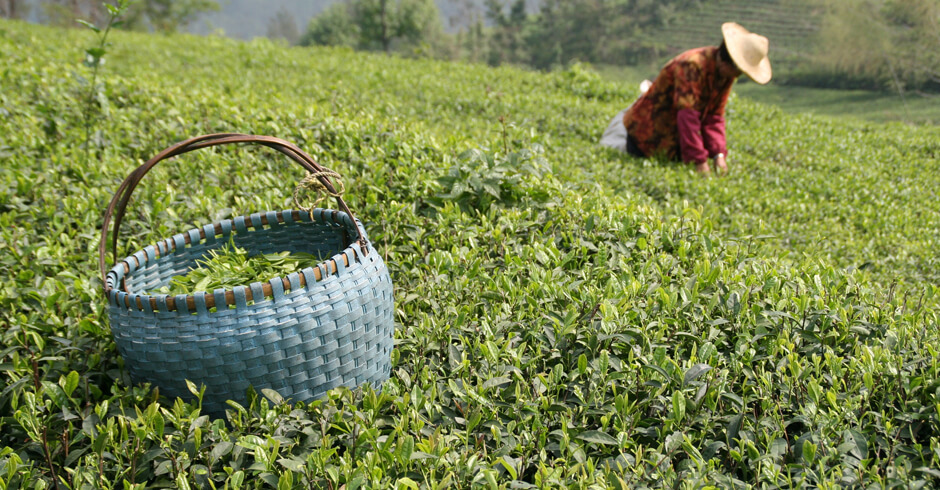 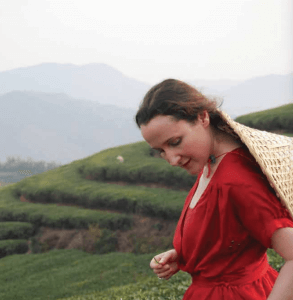 “Back in the 19th century, British merchants travelled all around the world to find rare, special harvests, and we became the most famous tea drinking nation after China.”

I sat down with fine-tea enthusiast, and founder of the increasingly popular Rare Tea Company, Henrietta Lovell, while she reflected on this nation’s long and tumultuous love affair with the beverage. “We had such a taste for tea, such a profound appreciation for the finest leaves.” 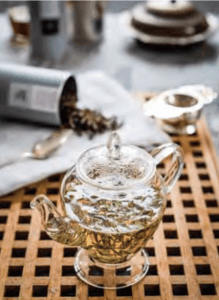 According to the UK Tea Council, today’s Brits go through 165 million cups a day. However, the drink we ritualistically consume barely resembles the tea discovered and cherished by our predecessors. In fact, Britain’s current tea drinking habits come from the harsh conditions during World War II. Tea was considered so important to national morale during the war that the government took over supply. It was very bitter, very industrial, very standardised. “Tea was rationed well into the 1950s and we grew accustomed to this bitter brew.”

The nation was instructed to use only boiling water, in order to combat the bitter taste from cheap leaves mass- distributed in bleached tea bags. Henrietta explained to me what an effect this had on our modern cuppa, “English breakfast tea is now blended for bland uniformity and low price rather than to create something truly splendid.”The unavoidable shift in drinking habits of the forties has in fact changed the country’s entire perception — turning the humble cup of tea from luxurious treat, to industrial staple.

Henrietta Lovell, as well as others in her camp, is now calling for Brits to break free from their complacency with builders’ brew, and is hoping to re-direct the future of this nation of tea drinkers. “The war generation was very good at stiff upper lip. The bog- standard, industrial tea that granny drank was good enough. But there is better. There is no rationing now. No U-boats circling. We have access to the finest tea in the world. We just have to pay a little more for the really good stuff.” 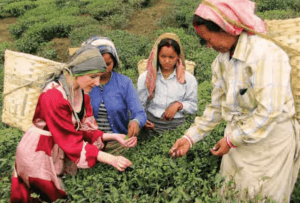 In the pre-war days, tea was actually enjoyed as other fine foods, “Tea was still extremely precious. People would buy the best they could possibly afford, rather as we do with wine and cheese today. But Britain has forgotten its proud tea heritage and even that there  was tea beyond the bag. It’s a bit like Italians thinking the only kind of coffee was instant, or the French thinking wine only comes in a cardboard carton with a tap.” Not surprisingly, it has been London’s chefs and sommeliers who have consistently championed Henrietta’s The Rare Tea Company, including Chez Bruce sommelier Katie Exton, and restaurateur Mark Hix. “Sommeliers understand tea like wine, and are excited by craftsmanship and the nuances of individual terroirs. Then came the chefs, excited by the flavours. When you consider that the last mouthful you might have in a restaurant would be tea, it really ought to be as delicious as all that came before.”

And word of Henrietta’s superior brews is certainly getting out. In just over a decade The Rare Tea Company has made its way around the globe, and is now found in some of the world’s  best hotels and restaurants; including Noma in Copenhagen, Momofuku Ko in New York, The Chateau Marmont in Los Angeles, and Claridge’s in London, where Henrietta has also designed the famous afternoon tea menu.

The future of the cuppa is looking brighter and a lot less muddy, as the availability of fine tea is on the rise. “Ten years ago there just wasn’t a market for loose leaf tea. You could only get it in department stores and even there it was mostly poorly stored and fantastically expensive. It’s hard to imagine now but even the best hotels and restaurants used generic tea bags.”

Alternative Locations to Have Afternoon Tea in London

Henrietta is on a mission to see all of that changed.

Read Etiquette Tips for Afternoon Tea and divulge in a tea tasting experience!