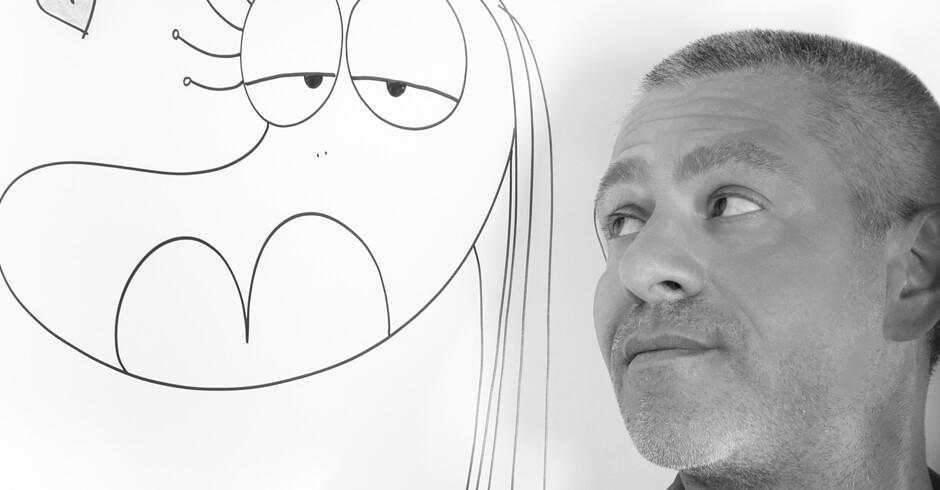 With a cartoon strip that has appeared in every issue of Private Eye for the last 25 years,and famous fans like Nicole Kidman and Philip Treacy, Neil Kerber has established himself as the leading cartoonist in the U.K.

Along with creating his own work, Kerber is also passionate about teaching students of all ages to draw. You can join him in at The Groucho Club in Soho for a Private Cartoon Masterclass!

“I’ve really had to work harder to find the inspiration for cartoons. But eventually you get through that, and you find the humour in that sad situation, which can then become very powerful, and provide lots more great ideas.”

Discovering his love of drawing at a young age, Kerber said, “I have always been a doodler (scribbling all over school books and desks etc.), but I never considered it as a career. Then one day, while working in the jewellery trade for a family friend, I started doodling some cartoons. My boss told me he shared a train carriage every morning with an editor from the Sunday People, and asked if I wanted him to show this guy my cartoons.” This strike of fate led to Kerber’s first weekly cartoon strip and made him the youngest regular national newspaper cartoonist in the U.K.

“(Teaching) is fun and relaxing, while still being challenging.”

Kerber’s cartoons have become known for their consisten quality, which has a lot to do with his development process. He starts each of his cartoons with care, describing the process with, “usually it’s all about the thinking. Well, 75% of it is. I think for a while, write down a few ideas, and then, depending who the client is, I usually sketch out a few ‘roughs’ to give the editor/client some choices. Finally, once chosen, the finished one is drawn out neatly, emailed over, and then published, creating much happiness and laughter across the land!”

Also see  6 Exciting Days Out in London for Couples 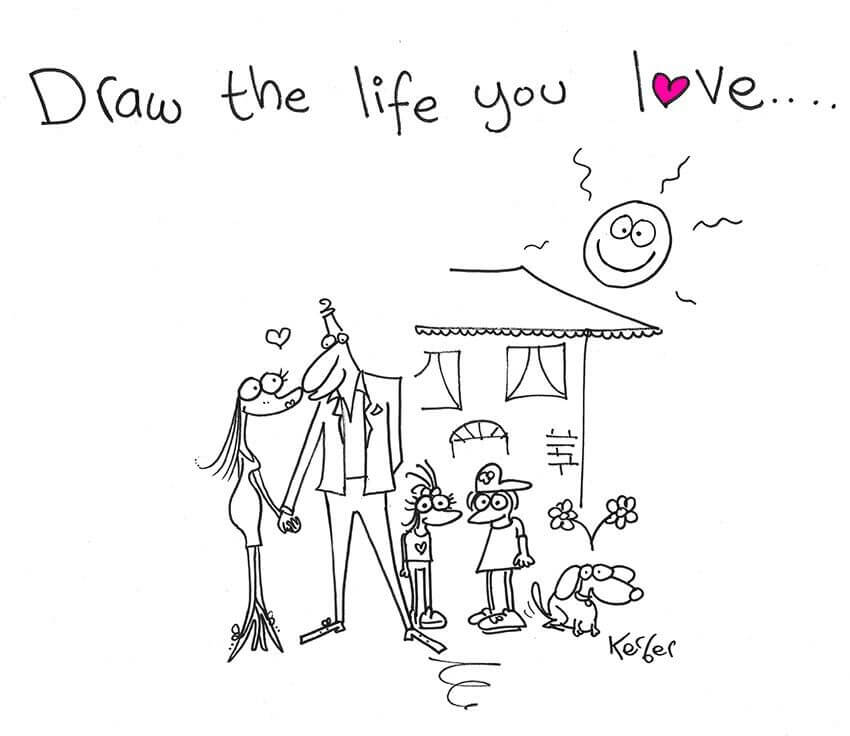 Kerber’s work, which has appeared in GQ, The Daily Mirror, Vogue.com, Reveal Magazine, and various other publications, has been critically lauded as cute, warm, silly, and at times weird. Continually producing exceptional work isn’t easy, Kerber notes, saying,”I am proud of most of what I do, but you get good days and bad days, and you just have to always hope that the next thing you do is fantastic.” While much of Kerber’s work is grounded in happiness, he believes that, “we are at our most creative when going through sadness… eventually, you find the humour in that sad situation, which can then become very powerful, and provide lots more great ideas.” 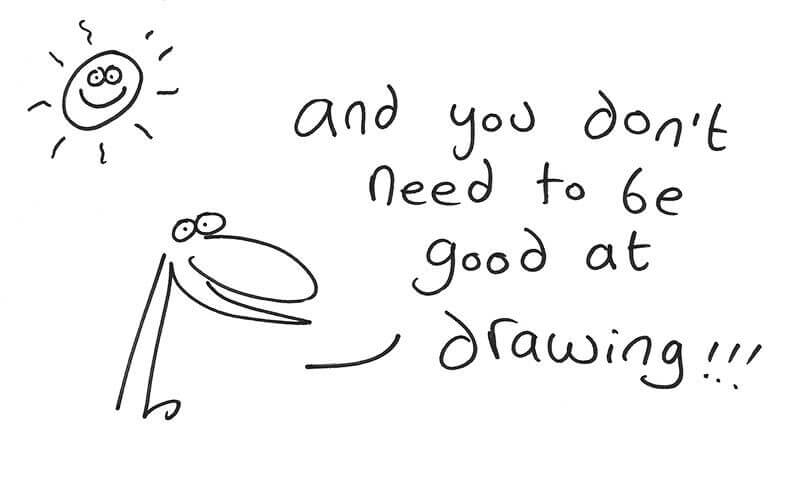 Another place Kerber finds inspiration and happiness in is the classroom. “It’s fun and relaxing, while still being challenging,” Kerber says of teaching. “A couple of my recent students have gone on to get commissioned and paid—one by a greeting card company, and one a private commission—so I am really proud that I gave them that skill.” Once of Kerber’s favourite things about teaching others to draw is that his students, “get a chance to release their manual creativity, which is something there isn’t always time for in today’s world of screens and social media.”

Always wanted to learn to draw but didn’t know where to start? Maybe you’re already an avid drawer but want to hone your cartooning skills? With the Private Cartoon Masterclass with Neil Kerber at the Groucho Club, here’s your chance to work with the very best in the business and maybe become the next Neil Kerber!