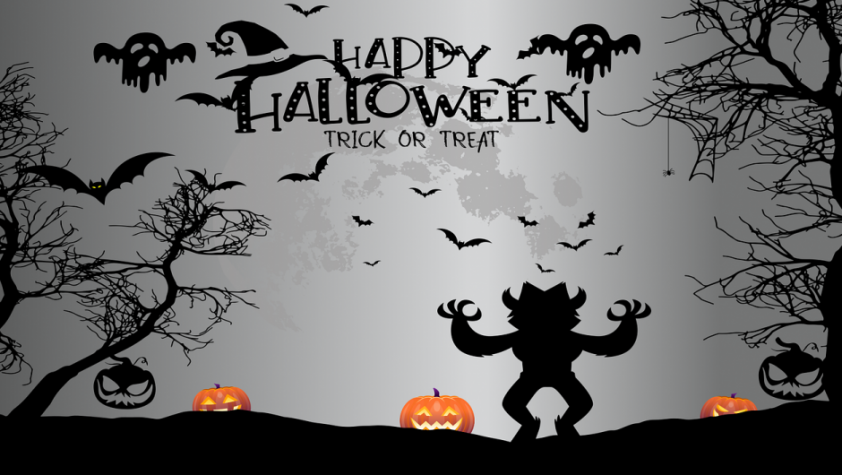 It’s the spookiest time of the year and these Halloween statistics and facts give us a little insight into the world of trick or treat!

Halloween falls on Monday 31st of October every year and in the past, the day went by many names. Halloween was also called Allhalloween, All Hallows’ Eve, or All Saints’ Eve. Halloween day is in celebration and remembrance of the dead. 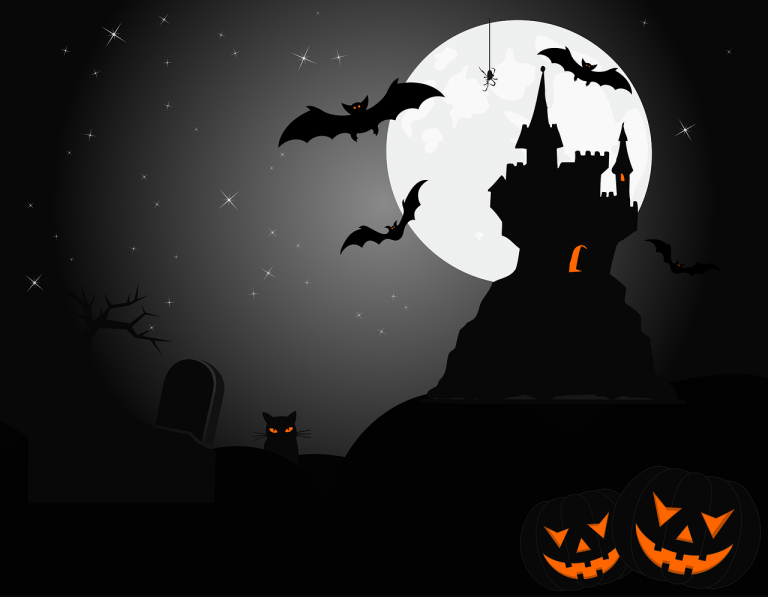 The word Halloween or Hallowe’en has a Christian origin dating back to 1745. “Even” means Eve to the Scottish and hence it was later shortened to just “e’en” or “een”. So, in time, Hallow Even was changed to Hallowe’en and eventually to Halloween.

The annual Halloween movie is scheduled for release this year. Halloween Ends is set to hit the movie theatres on October 15, 2022, following on from Halloween Kills from October 2021.

How Is Halloween Celebrated In The US?

Many Americans celebrate the traditions of Halloween by dressing in costumes and telling spooky stories of witches and ghosts. Pumpkins are carved into glowering jack-o’-lanterns. Children walk from house to house, knocking on doors and calling out “Trick or treat!” hoping to have their bags filled with sweets or candy.

How Is Halloween Celebrated In The UK?

Halloween celebrations in the UK include parties where guests are often expected to dress up and arrive in a costume. Other people gather together to watch horror films, either at home or at a cinema. Some UK children go trick-or-treating but it’s not as widespread as in the US.

There are various symbols associated with Halloween. The colours orange and black are very common as are pumpkin lanterns, witches, wizards, ghosts, spirits and characters from horror films. Bats, spiders and black cats are other symbols.

Halloween has Celtic origins in pagan festivals in England, Scotland, Wales and Ireland. People believed that, at this time of year, the spirits of dead people would come ‘alive’ and walk among the living. They thought that it was important to dress up in costumes when venturing outside, to avoid being harmed by the spirits.

Some aspects of the modern Halloween celebrations, such as carving lanterns out of vegetables originated long ago.
Others were introduced more recently, often as a form of commercial promotion. Many customs originated in the US and have been adopted in the UK.

Naturally many retailers and businesses see Halloween as a chance to promote products with a Halloween theme.

There were 3 main Halloween trends in 2021 according to the National Retail Federation (NRF).

Last year consumers modified Halloween plans due to the pandemic, avoiding parties or large crowds, leaving out the trick-or-treating or simply not celebrating at all.

But vaccines and other measures have made consumers feel more comfortable resuming many of their pre-pandemic activities, including celebrating Halloween.

Adults in the US were projected to spend a record-breaking total of $10.1 billion on the spooky season in 2021.

Consumers planned to spend an average of $102.74, marking the first time the amount has hit triple digits.

Consumers who planned to shop for Halloween peaked in the last week of September and the first 2 weeks of October at around 45%, fading off towards the end of October at 16%.

It’s Not Just For Kids

While Halloween statistics show that it is still dominated by the trick-or-treat aspect, those without children planned to embrace the holiday as well: 55% of households without children plan to celebrate, up from 49% in 2020. And spending on categories such as adult costumes is back to pre-pandemic levels.

Though traditional Halloween activities like handing out sweets or dressing up remain some of the most popular ways to celebrate, over half of consumers were also interested in decorating for Halloween in 2021.

Similar to 2020, 52% of those celebrating Halloween planned to decorate their home or garden. Total spending on decorations was expected to reach an all-time high of $3.3 billion.

Regardless of how consumers choose to celebrate, many plan ahead and start their shopping research early. According to Think with Google, consumers are already searching Halloween-related topics such as costume ideas and how many days they have until Halloween. NRF’s data shows that as of early September, over two-thirds of adults planning to dress up had already decided on their costumes.

Early planning leads to early shopping, as 45% of consumers are expected to start shopping in September or earlier, up from 36% five years ago. Another 39% plan to start the first two weeks of October and just 16% are waiting until the end of the month.

Costumes are the biggest category for retailers for Halloween. Total spending on costumes was the highest it has been since 2017 at $3.32 billion in 2021.

What Is The Difference Between Halloween And The Mexican Festival Dia De Los Muertos?

The key difference between Halloween and Dia de Los Muertos is that Halloween is aimed at frightening away the evil spirits while Dia De Los Muertos is to honour, celebrate, and remember the departed. The Mexican Festival is a holiday and is celebrated from 31 October – 2 November.

The skeleton is a big symbol in Dia De Los Muertos and faces are usually painted brightly. Other symbols include ofrenda, sugar skulls and monarch butterflies. An ofrenda is an altar, built to honour lost loved ones. Offerings are placed upon the ofrenda, to help us remember, learn about, and celebrate their lives.

Sculptures made from sugar and moulded into skulls represent both death and the sweetness of life. Large sugar skulls are usually decorative but smaller ones can be eaten.

Much of the reliable data regarding the economic impact of Halloween is for 2021 and it is difficult to find good data on the 2022 Halloween outlook.

So let’s have a look at what is being planned in the large metropolitan areas for Halloween 2022.

Halloween in New York City is big, brash, bold and colourful, with literally hundreds of things to see and do.

Londoners are not behind their American counterparts when it comes to celebrating Halloween. There are Ghost Bus Tours, The London Dungeon (of course), Warner Brothers Studio and the making of the Dark Arts in Harry Potter, Jack the Ripper Ghosts Walks and lots more.

Barcelona, Madrid, Paris and Berlin are all planning Halloween events and activities. Organisers are all expecting a bumper 2022 as vaccines are widely available and restrictions are loosening up as the worst of the pandemic winds down.

Even though health experts are warning of continued spikes as new variants emerge and the winter flu season kicks in in the Southern Hemisphere, people have gotten used to living with SARS viruses and are generally more relaxed.

Have a spook-tacular Halloween!