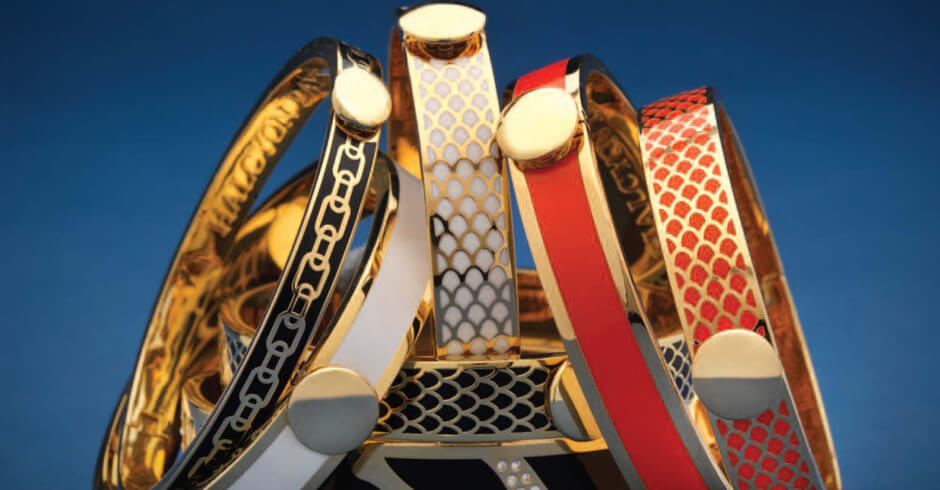 Located in the heart of Mayfair, some way down the famous Brook Street, lies a boutique gem teeming with bijou objets d’art. Home to a veritable slew of bespoke, handmade products, Halcyon Days is a true landmark of British design.

I stepped inside Halcyon Days, number 14 Brook Street, to chat with the company’s Chairman and CEO, Pamela Harper. As our conversations develops, it becomes clear that one of the most striking elements of the Halcyon Days brand, apart from the stunning mastery of their craft, is its royal heritage. The company are one of only fifteen in the country to be in possession of all three Royal Warrants.

What is a royal warrant?

A royal warrant is seen to be the ultimate mark of recognition for those who have supplied the highest quality of goods or services to the households of the Queen, the Duke of Edinburgh or the Prince of Wales.

Harper tells me Halcyon Days are particularly proud of this regal background. Stretching back almost to the very beginning, the royals have been customers. It was in the 1970s that the Queen Mother took delivery of an enamel box decorated with a picture of Clarence House. Within a decade, she had converted her daughter, son-in-law and grandson to Halcyon Days advocates.

The royals would often commission Halcyon Days boxes to be presented as gifts to heads of states on foreign visits. In 1976, the Queen visited the US as part of their bicentennial celebrations and gifted one such box to President Carter. His return? Another enamel box, designed by Cartier in Paris, but inspired by Halcyon Days’ trend.

Perhaps one of the more unlikely owners of a Halcyon Days box, meanwhile, is President Gorbachev, who was gifted one by Margaret Thatcher on the occasion of his visit to Britain in 1989.

Harper tells me that staff at the shop over the years have a great many anecdotes to share with regard their well-known guests. But all are sworn to secrecy – one of Halcyon Days’ foremost principles is the discretion of their guests. “Their secrets are safe with us! We honour the privacy of all our customers – whether high profile or not.” 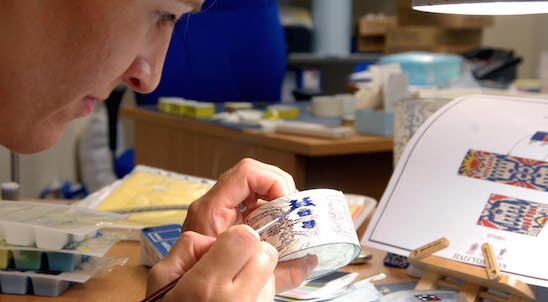 One of Halcyon Days’ skilled artisans

Pioneered by a true innovator

But where did the company come from? Pamela begins to tell me the story of a most inspirational lady – the late Susan Benjamin.

Benjamin was an antiques specialist who set up Halcyon Days in 1950, initially specialising in 18th and 19th century jewellery, clocks, porcelain and silver.

She had a long-standing interest in Georgian enamels, dating back to her childhood when her mother would take her to see displays at the V&A museum. When at one of her suppliers’ stores in 1968, she noticed a small silver box with a white enamel interior on the director’s desk. She enquired as to its provenance, before approaching the firm who made it to see whether they could create similar objets d’art for Halcyon Days.

In those days, Harper tells me, decorative enamels were more or less obsolete. The art of enamelling on copper had flourished in England back in the latter 1700s, but had more or less vanished by 1830.

Yet Benjamin was not to be moved.  “Susan had such a passion for these wonderful enamel keepsake boxes and she was largely instrumental in bringing the use of these charming items back into vogue from the 1960s until the turn of the millennium,” Harper tells me. 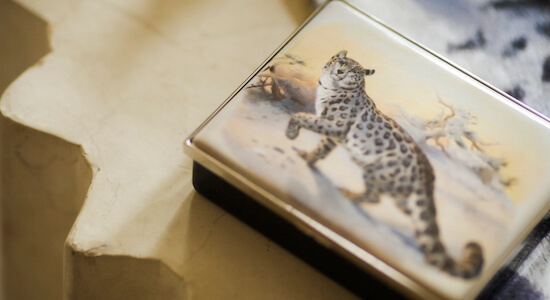 An Art Form to Behold

In the modern era, Halcyon Days produces stunning lines in cufflinks and bangles, to complement their famous enamel boxes. Harper talks of the artisans who create the objets d’art with great fondness.

“They are long standing employees of our company, some of whom have been with us for over 40 years. We treasure the skills involved in making our quintessentially English products.”

One of the company’s specialities are their bespoke designs, ranging from their famed enamel boxes, to handmade cufflinks and personalised enamel bangles, all of which are available in collaboration with TRULY. “The customer is treated to a consultation in private to discuss the piece and the process. Artists and designers are on-hand to advise. We always keep out customers close to the process, while the time frame depends on the complexity of the article and the requirements of the customers.”

Halcyon Days’ exceptional customer care has seen the brand expand to become a global company – with a particular presence in the US. Yet Harper tells me that they wish to stay true to their ethos. “Our enamels sit at the heart of what we do. Our new fashion accessories, be it the bangles or cufflinks, are colourful and playful, taking the art of enamelling into a new arena.”