Blog » Food, Drinks and More » Coffee » About Coffee » Coffee Around the World » Learn All About Haitian Coffee 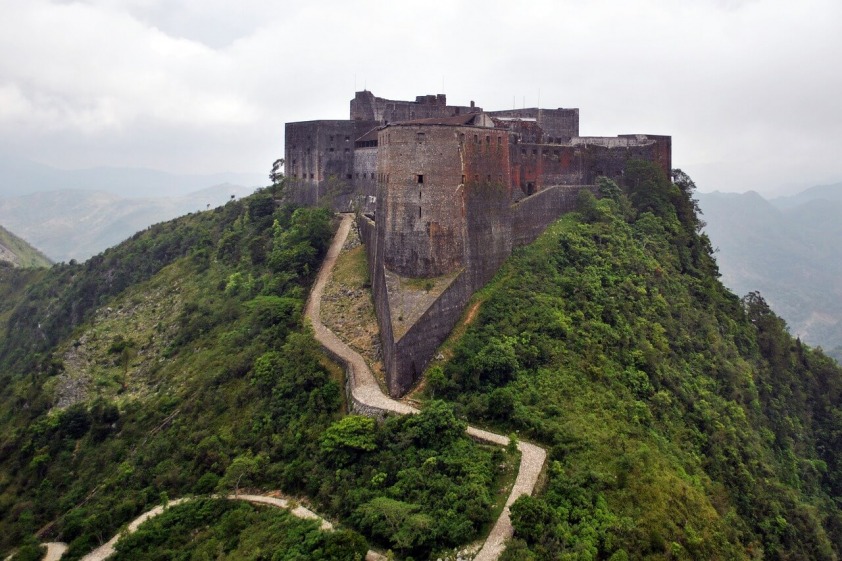 Haiti produces some of the very best coffee around the world. If you love a cup of java, you need to join us as we learn all about Haitian coffee.

What Is The History Of Haitian Coffee?

Coffee farming was first introduced to Haiti in 1715, as sturdier plants from Martinique were later brought in and developed further.

The story of Gabriel de Clieu’s first introduction to coffee comes from his writings in the Année littéraire of 1774. In line with this account, he arranged to transport a coffee plant (or possibly a couple) from the greenhouses in the Jardin royal des Plantes (which had first received two plants from Holland in the 1710s) to Martinique 10 years later.

In accordance with De Clieu’s account, water was restricted on the voyage and he shared his allowance with the seedlings.

The story is repeated in several histories of coffee. However, a recent history highlights that although it may well be true that de Clieu brought a coffee plant seedling to Martinique, and possibly even that he shared his water ration with it, coffee was growing already in the Western Hemisphere: in the French colony of Saint-Domingue from 1715 as well as in the Dutch colony of Surinam since 1718.

How Much Coffee Is Produced In Haiti Per Year?

What Type Of Coffee Is Grown In Haiti?

Out of four major kinds of coffee beans that are sold, Haiti grows and specialises in the growing and roasting of Arabica coffee beans.

Learn All About Malawi Coffee

Well-known for its low levels of acidity and sweet taste, the Arabica bean is the most-produced coffee around the world. Arabica is to be found in coffee shops and is particularly popular in North America owing to its delicate flavour profile. It’s also the trickiest of the coffee plants to grow, however, the plantations at high elevation levels in Haiti are perfect for them to flourish.

Haitian Blue Organic Coffee is grown off the same kind of plant as the Jamaican Blue Mountain coffee does. This one comes from one of the oldest cooperatives in Haiti, Coopacvo, which strictly grows organic and shade-grown coffee.
The cooperative’s president, Francis Dubois, found a way to use local river water in order to power the plant and recycle the water to put back into those rivers. Not only has the cooperative found a way to maintain the local water sources but has also created sustainable employment for citizens of Haiti.

Seeds for an upturn in Haitian Coffee production were planted in the 90s when better coffee processing plants were established. This ensured growers a great price by cutting out local middlemen. Selling directly to the United States of America improved the situation. Furthermore, training in land management, shade canopies and coffee seedling programmes launched practices which, today, are bearing fruits of long and hard labour. Despite the near collapse, coffee continues as a backbone of Haiti’s economy. Haitians have resistance to weather, corruption and political unrest.

Haitian coffee is smooth to drink and is low in acidity, together with a natural sweetness to it. Blue Mountain coffee, which is grown in the mountainous regions, offers an even smoother and flavourful experience, so producing a powerful demand for more in the high-end coffee market.

Learn All About Madagascar Coffee

Dark and aromatic and heavy-bodied, Haitian coffee is less acidic and bitter than as opposed to darker roasts. This is coffee is beloved by many coffee connoisseurs.

How Do Haitians Prepare Coffee?

Hot water is poured through a cloth bag full of coffee grounds and sugar over and over, so creating a syrupy brew with major body. As it goes through the coffee mixture, the water seems to pick up just the sweetest notes of the beans without over-extracting the bitter notes. You’ll probably receive dense, tasty bread for dipping into the coffee.

Irrespective of its successes and misfortunes in the coffee export market, Haiti has always remained strong in the culture. Even though coffee was first only enjoyed by the colonists, this drink is now a staple drink in the country. It’s profoundly rooted in Haiti’s culture, from the raised farmlands to the roasters in the towns. When guests are over their daily activities, a hot cup of freshly roasted, Haitian-grown, and brewed coffee is always suggested as a sign of respect and appreciation.

What Are The Best Haitian Coffee Brands To Try Right Now?

There are a number of fantastic Haitian coffee brands on the market right now. Here are some of them:

So there you have it! All that you need to know about Haitian coffee. If you happen to see it on the menu at your local coffee shop, try it – you’re in for a treat.