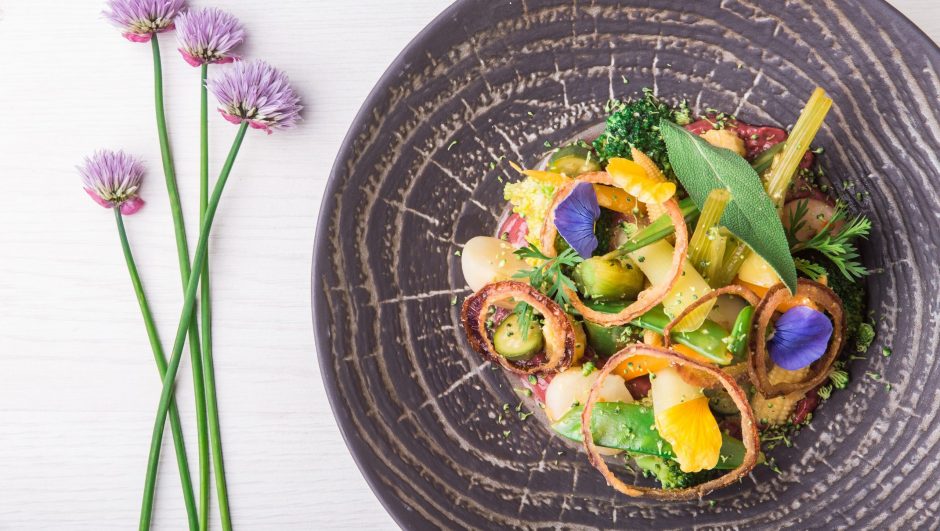 When it comes to Michelin star chefs, no conversation would be complete without mention of the famous Chef Guy Savoy. He has built a fantastic reputation for himself throughout his career, crafted sumptuous recipes, achieved rave reviews, been awarded multiple accolades, and opened several restaurants.

But the celebrity chef didn’t get to where he is overnight. Guy Savoy worked hard from a young age to follow his culinary passions and become one of the fine-dining world’s most recognisable names. Let’s take a closer look at his life, career, restaurants, and the multiple awards that have helped craft his legacy.

Who Is Chef Guy Savoy?

At an early age, Guy Savoy was exposed to the world of restaurants. He grew up in a small town in the Savoie region of France. It was here that his mother ran a small local cafe. Savoy believes that his mother is the one who inspired him to use seasonal ingredients in his cooking.

Born on 24 July 1953, in Nevers, France, the chef insists that cooking is not just about technique and precision. Instead, he says that what’s most important is that you bring out your own heart, your own sensitivity, and all that makes you unique in every dish. He maintains that all chefs aren’t the same and that “their desires and ideas are related to their own sensitivity.”

In 1955, the Savoy family moved to Bourgoin-Jalliue, where his father worked as a gardener and his mother owned a taproom that was later transformed into a restaurant. He credits her for helping him find his path to cheffing. Guy Savoy has often spoken up about his relationship with his mother and the influence she has had on him and on his career. “I count myself lucky to have a mother who cooks very, very well, and very quickly.”, he has said. “I was touched by the pleasure of eating. When we were young, we did not have any other means of comparison other than the cooking of our mother. In fact, I was quick to realise that her cooking was delicious and has given me immense pleasure in eating. I had the basis of comparison when I had lunch at my schoolmates’ home, that was when I realised that I am really lucky because my mum’s cooking was much better than the other mothers.”

At the age of 23, the chef became an apprentice to the legendary Troisgros brothers as he worked at their famous restaurant, Maison Troisgros, in Roanne. He credits his time here as a great lesson in the importance of working as a team. Chef Savoy continued to mass experience in a number of esteemed kitchens before he settled down in 1977. It was then that he replaced Chef Bernard Loiseau at La Barriere de Clichy in Paris. Just three years later, in 1980, he opened up his very first restaurant, named Restaurant Guy Savoy. It was located in New York City.

The chef has had quite an impressive career that has spanned several decades. After completing his three-year apprenticeship with the Troisgros brothers and opening his first restaurant, Savoy then went on to open another one in Rue Duret, Paris. In 1985, he was awarded two Michelin Stars.

Of course, he continued to expand his culinary empire in the years that followed. In 2002, he earned his third Michelin Star, and from 2017 to 2020, La Liste named another one of his restaurants, located at 11 quai de Conti, the Best Restaurant in the World.

Savoy’s influence on the culinary world has been plenty, and he is credited as being Gordon Ramsay’s culinary mentor. The celebrity chef trained under Savoy as he earned his own stripes in the kitchen. In addition to this, Chef Savoy also recorded the voice of sous-chef Horst in the French translation of the popular Pixar film, Ratatouille, which was released in August 2007.

Savoy has become something of a living legend in the culinary world, and as such, has sat on many judging panels. In 2017 and 2018, he acted as a member of the Prix Versailles World Judges Panel. He currently sits on the Board of Directors of the French Mission for Food Culture & Heritage.

Throughout his impressive career, the celebrity chef has opened a total of five restaurants, two of which are his namesake flagships:

His son, Franck Savoy, has followed in the footsteps of his father and has established himself as a culinary industry master too. He has spent time working alongside his father at a few of these establishments as well.

Of course, a chef of the same calibre as Guy Savoy has earned a number of accolades in the culinary industry.

During 2004 and 2005, his restaurants were ranked among the Top 50 Restaurants in the World by Restaurant Magazine. In 2008, he was awarded the Legion d’Honneur medal. His Las Vegas-based eatery has been awarded two Michelin Stars, as well as the AAA Five Diamond Award, the Forbes Five Star Award, and the Grand Award from Wine Spectator.

In 2018, Savoy was awarded the French Influence Award for Gastronomy, and in 2020, La Liste named his Paris restaurant the Best Restaurant in the world for the fourth consecutive year. To date, the restaurant has been awarded five Gault Millau toques, and three Pudlowski Guide plates and continues to be ranked amongst the city’s top restaurants in The Lebey Guide.

Chef Savoy has written two of his own cookbooks. In 1987, he wrote Vegetable Magic. Then, in 2004, he published Simple French Recipes for the Home Cook. Along with his son Franck, he was also the subject of a biography by Dr Thomas Maier, which is titled Hospitality Leadership Lessons in French Gastronomy: The Story of Guy and Franck Savoy. So, whether you go to one of his restaurants or try his recipes, you’re in for a treat!