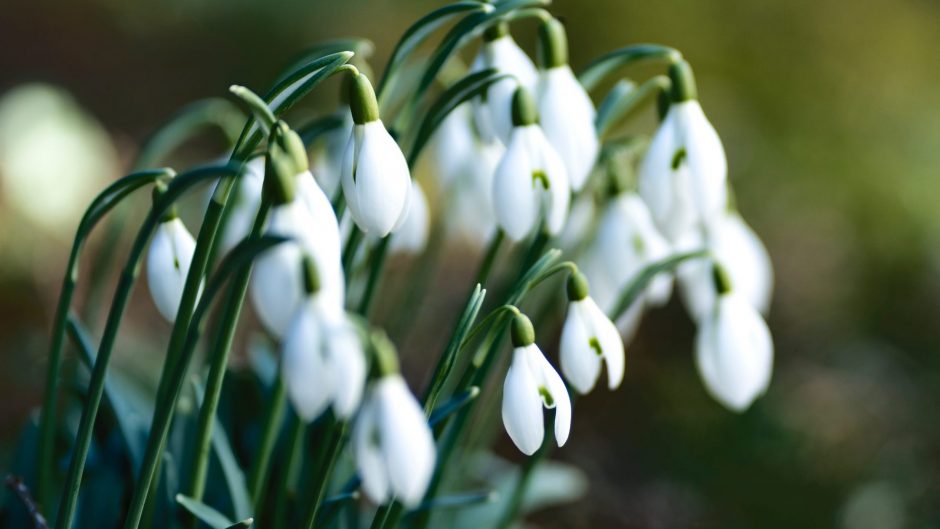 Looking for a pretty addition to your garden that’s easy to grow? We recommend giving snowdrops a try. These dainty white flowers are known for their resilience as well as their deep meaning and symbolism. Read on for more on how to plant and care for snowdrop flowers, where they get their cute name.

Snowdrops, or Galanthus nivalis, are delicate white flowers made up of three long outer petals and three inner petals that hang from a single green stem. They grow from bulbs in small clusters and are loved for the fact that they are both beautiful and easy to maintain.

Snowdrops are easy to propagate, which makes them a lovely option for new gardeners looking to make a start. They’re low-growing, fast-spreading flowers that will pop up out of nowhere just when you think winter is never going to end.

How to Grow Snowdrops 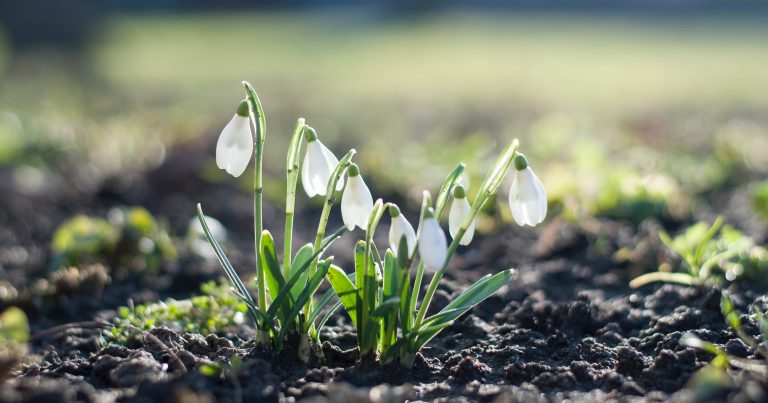 When to Plant Snowdrops

The best time to plant snowdrop bulbs is in late autumn. If you’re replanting plants, then it’s best to do it in late spring. Planting snowdrop bulbs in autumn means you won’t have to wait long to see their pretty flowers as they’ll most likely be flowering by the next spring.

Snowdropstake a year to fully establish, so don’t fret if they only flower lightly the first time around. If you’ve got some snowdrop plants that you want to replant, wait for late spring when the flowers have died off but the leaves are still green. This will give you the best chance of a seamless planting.

Also see  Growing Marigolds: How to Plant & Care for Marigolds in Your Garden

Where to Plant Snowdrops

When deciding where to plant snowdrops, there are two things to consider: aesthetics and functionality.

It’s important to consider which spot will work best for the way the flowers grow. They are relatively short plants that look sweet under hedges and in between other flowers in beds, so keep that in mind when picking a spot.

The other factor is shade. Snowdrops need to be planted in partial shade so that their soil can stay hydrated, while still getting enough sun. The dappled light under a tree is a great bet.

How to Plant Snowdrops

When planting snowdrops, it’s important to have a good compost and fertilizer to mix into the ground soil when you loosen it. When you’ve got a good, consistent mixture, make small holes of about 13cm deep. Place the bulbs flat side down in the hole and cover them back up again. Water them until the soil is nice and moist and keep an eye on them for the next couple of weeks.

How to Care for Snowdrops 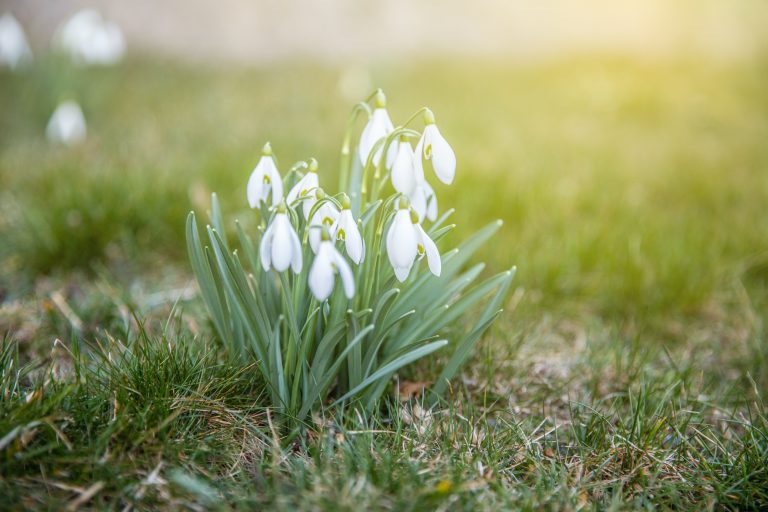 Snowdrops are actually some of the easiest flowers to take care of because they don’t need that much water. As long as you keep their soil moist while they’re in the growing phase, you don’t need to pay them too much attention after.

In places where it rains a lot, you don’t even need to worry about them once you’ve popped them in the ground. Once your snowdrops have flowered, you can sprinkle fertilizer around the plant every few months so that when you water it, the nutrients drain into the soil.

Also see  White, Pink & Red: What is the Meaning of Colourful Carnation Flowers?

As for pruning, there’s no need to prune your snowdrop flowers, as they’ll die back naturally throughout the year.

If you’ve planted your snowdrops in pots, it’s best to repot them annually to keep the soil nutrient-rich and healthy.

When do snowdrops bloom?

Snowdrops bloom in early spring. They get their name from the fact that they bloom sooner than many other flowers. In colder climates, it’s not uncommon to see a snowdrop popping out of the snow as an indicator of warmer days ahead.

Snowdrops are known for their speedy spreading. One of the main aspects of their upkeep is separating them every few years. To avoid having to separate them too often, a nifty trick is to plant them further apart initially, with ferns, grass or moss between them. This will ensure there are no gaps in your garden even in the chilly months.

Are snowdrops poisonous to humans or pets?

Snowdrops are one of those flowers that you won’t be putting on your dinner plate as decoration. Although not poisonous enough to do serious harm, there are compounds in snowdrops that are toxic to both people and animals. If ingested, they can cause gastrointestinal problems like nausea and vomiting. If your pet munches on more than a few flowers, it’s best to get them to the vet as soon as you can.

Are snowdrops and lily of the valley the same?

While snowdrops and lily of the valley look similar, they are actually part of two completely different plant families. They can be distinguished by the fact that one snowdrop flower will come from a single stem. On the other hand, lily of the valley stems hold a great number of flowers.

What do snowdrops symbolise?

Snowdrops’ amazing ability to bloom even in icy temperatures has made the flower come to symbolize rebirth, hope and resilience. It’s also the birth flower for January and signifies starting the new year on a clean slate.

Snowdrops’ pure white colour represents sympathy and innocence and can be offered to show your condolences. In Victorian times, a snowdrop flower was a symbol of death, so they were considered to be bad luck. This meaning has faded over time and the flower is a popular choice in gardens for its resilience and early bloom.

If you’re looking for a flower that’ll help you make it through the lingering chill of winter, snowdrops will do a fantastic job of paving the way for spring. For another beautiful white flower with lots of meaning, have a look at the symbolism behind white lilies.