Blog » Things To Do » Days Out » Gardens » Flowers » How to Grow Honeysuckle: Your Guide to Planting This Fragrant Flower 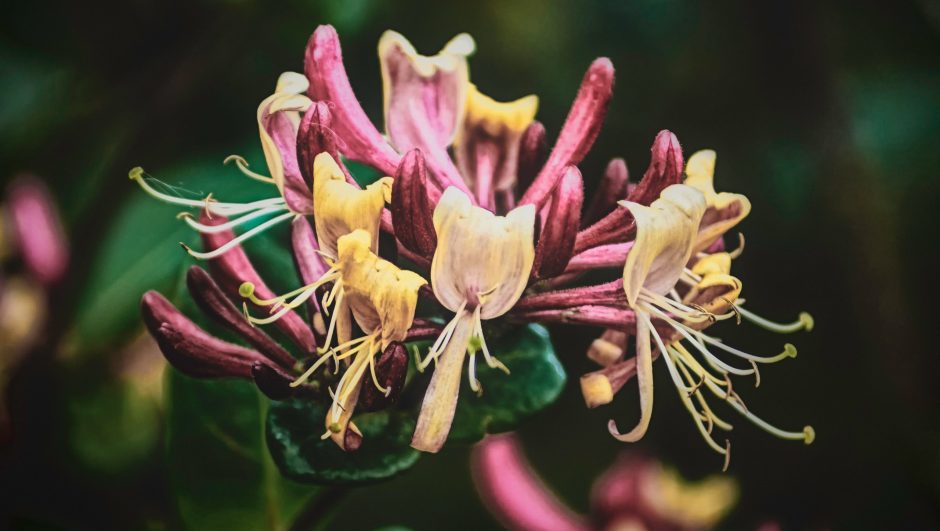 “Happy are those who can create a rose tree or erect a honeysuckle.” – Thomas Gray

Thanks to its incredibly fragrant nature, honeysuckle has long been a flower that’s greatly welcomed around the world. It works well in gardens and adds a wonderful aesthetic.

Adding honeysuckle to your garden is not only a lovely way to introduce a boost of colour, but it will also provide a heavy sweet scent amongst your plants. These nectar-filled plants attract lots of wildlife like birds and butterflies, all of which will create a sense of natural harmony in your garden.

Let’s take a closer look at exactly what honeysuckle is, how to grow it and what it can do for your garden. 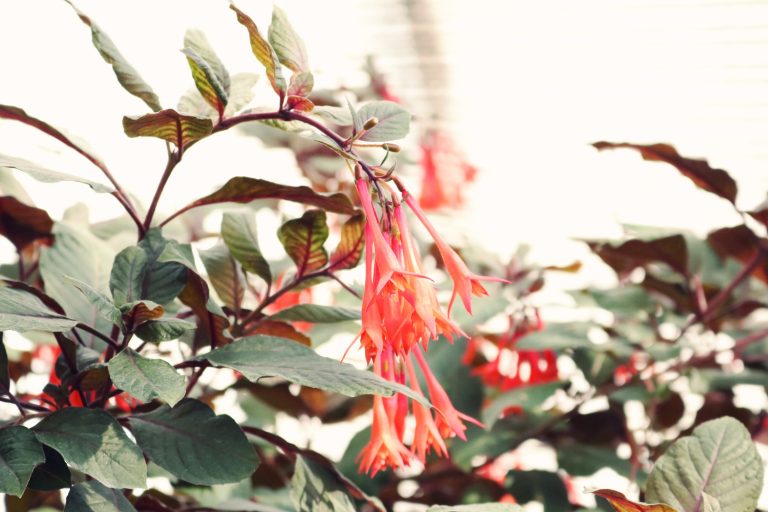 Honeysuckles are native to North America and Eurasia. They can be classified as either arching shrubs or twining vines.

Most kinds of honeysuckle grow in large shrubs or vines. The flowers are colourful, and like lilies, they are trumpet-shaped. Honeysuckle flowers come in red, yellow, orange and white but may vary depending on the species and variety of the plant. They carry a very sweet scent that appeals to people and animals alike.

Along with roses, honeysuckles are the official birth flower for June.

How To Grow Honeysuckle

These blossoms are fairly hardy and easy to grow. To promote successful growth, consider the following factors:

Where to Plant Honeysuckle

To give your honeysuckle plant the best chance at thriving, plant it somewhere cool and moist.

Where to Plant Honeysuckle

The best time to plant honeysuckle is in the autumn and spring months. Be sure to wait until after the final frost of spring before planting it.

How to Plant Honeysuckle

To provide honeysuckle plants with the support they need, make sure that they are in full sun. They will tolerate a bit of shade as long as the soil that they are planted in drains well. Honeysuckles can be planted as ground cover, but they will perform better with some type of support, such as along fence or trellis.

Caring For Your Honeysuckle 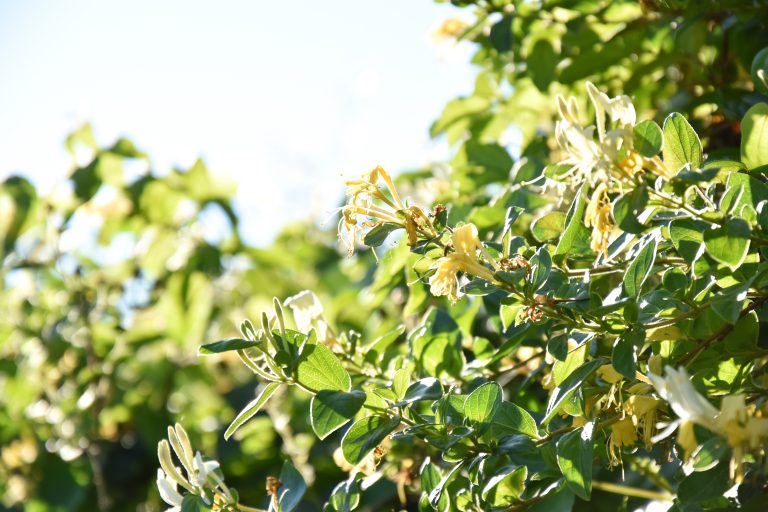 For it to thrive, honeysuckle needs cool soil, especially in the summer months. While it doesn’t really need lots of water, it won’t do well during extended periods of dryness. This is particularly true of potted plants.

Water your honeysuckle regularly during dry spells. To reduce the frequency with which you must water the plant, place mulch at the base of it to retain moisture within the soil. If your honeysuckle is potted, water it as soon as the surface of the soil is dry.

While honeysuckle is very easy to care for, it can benefit from trimming every now and then. Pruning isn’t really necessary but if you do wish to do so, wait until its blooming period has ended. If it is flowering quite sparsely, trim it back quite severely so that it eventually becomes covered in renewed growth. Be sure to wait until the end of winter to do this.

Also see  Growing Phlox: When, Where And How To Plant Phlox Flowers

Below are the answers to some of the most commonly asked questions about honeysuckle.

When Does Honeysuckle Bloom?

The flowering times of honeysuckle bushes vary significantly depending on a number of factors including the variety of honeysuckle concerned. However, all honeysuckle flowers can be expected between the earlier days of spring right through to summer.

Most varieties of honeysuckle plants are semi-dormant. This means that while they don’t flower all through the year, they retain their bright green leaves throughout the year, even in the colder months of winter.

Why Is Honeysuckle Bad?

On one hand, highway designers use the plants as a means of controlling erosions and stabilizing banks. On the other hand, the plant is a problem due to its fast growth rate and rapid ability to displace native plant species. Honeysuckle is also able to outcompete neighbouring plants for available sunlight.

Are Honeysuckle Flowers Safe To Eat?

Honeysuckle flowers have a beautiful, fragrant aroma when they are in bloom. With a scent almost as delightful as honey itself, it’s quite obvious how the plant got its name.

These flowers have a delicious, sweet nectar. However, this is the only part of the plant that you can eat, as the berries are poisonous.

Does Honeysuckle Kill Other Plants?

Honeysuckle plants are an invasive species and overgrow into the spaces of other plants. Additionally, they out-compete other plants for water, nutrients and sunlight, which could ultimately lead to the demise of its surrounding plants.

Is Honeysuckle Poisonous To Pets?

As fragrant and as beautiful as honeysuckle plants are, all parts of the plant, including the vine, flower and berry, are poisonous to dogs because they cannot properly digest the toxic properties of the plant. Honeysuckle contains cyanogenic glycosides and carotenoids.

Plenty of animals enjoy honeysuckle. Hummingbirds, butterflies and bees, in particular, love the sweet blooms. The plant’s trumpet-shaped flowers are almost guaranteed to attract the likes of these small animals into your garden.

What Are Honeysuckle Flowers Used For?

Like many other plants, honeysuckle has a host of uses other than just being a beautiful addition to a garden. In particular, honeysuckle flowers, seeds, berries and leaves are all commonly used for medicinal reasons.

Honeysuckle can treat indigestion, infections of upper airways, skin problems, diabetes and a whole host of other ailments. While the plant is often used for treatment purposes, many argue that there’s no reliable scientific evidence to support it.

Honeysuckle is believed to work through its ability to decrease inflammation, but further information and testing need to determine exactly how it cures medical ailments.

Pretty and useful! Honeysuckle is a fabulous addition to your garden, especially if you want to boost the wildlife that pays you a visit. In Italy and Spain, the flower is also associated with the 19th wedding anniversary, and it represents pure sweetness, love and affection!