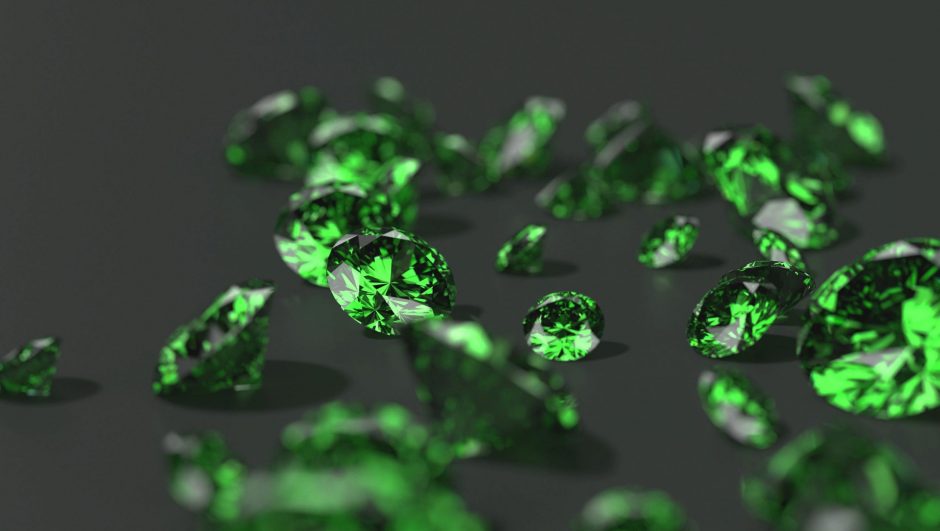 Coloured diamonds are quite rare, and green diamonds are especially so. For this reason, they are highly coveted by collectors and jewellers alike. Any green gemstone you see is more likely to be an emerald than a green diamond, but they do exist. This article is an all-encompassing guide to green diamonds, their origins, meaning, and value.

What is a Green Diamond? 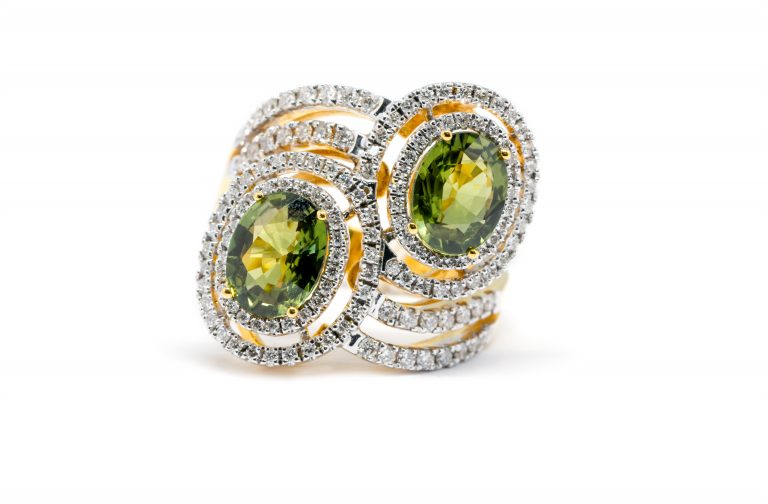 A green diamond belongs to the fancy-coloured family of diamonds. It is just as much a diamond as any clear diamond, but it has developed under specific conditions that have given it a unique green colouration.

What is the Origin and History of Green Diamonds?

Diamonds form over millions of years of exposure to immense pressure that condenses carbon atoms into a particular structure. The green colouration comes from additional exposure to atomic radiation, which only occurs in a very small portion of natural diamonds.

Green diamonds can also be artificially created through an irradiation process performed in a lab. There is no need to fear exposure to radiation by touching a green diamond, as there is little to no residual radiation left in the gem itself.

What are the Key Characteristics of a Green Diamond?

A green diamond is very similar in composition to a clear diamond, and still ranks 10 on the Mohs hardness scale. Some people think that green diamonds are characterised by impurities that create the vivid colour, but that is incorrect. It is radiation from the Earth during the formation of the diamond that gives it the colour.

A green diamond will have a tell-tale lustre to it like other diamonds, as well as a green hue. The green colouration can come in a variety of shades and intensities.

What are the Different Types of Green Diamonds?

What are Red Diamonds Worth? Guide to this Rare & Mysterious Diamond

Green diamonds rank among the rarest and most valuable varieties of diamond. The only type of diamond more valuable than the green, is the red diamond.

The most valuable green diamond ever discovered was christened The Dresden Green. It weighed an astonishing 41 carats after being cut. It was uncovered over 200 years ago and has since been on display in Dresden, Germany.

Why are Green Diamonds so Rare and Expensive?

The irradiative process that green diamonds undergo during formation is incredibly rare. Only a scant handful of diamonds meet the environmental conditions necessary to develop a green hue. As with all gems, rarity has a direct influence on value. Red diamonds are the only variety of fancy-coloured diamonds to exceed green diamonds in rarity and value.

What is the Difference Between Natural, Treated, and Synthetic Green Diamonds?

Natural and treated green diamonds both formed naturally deep in the Earth’s crust. However, only natural green diamonds developed their green hue from exposure to natural radiation. They were formed in close proximity to deposits of radioactive material like uranium.

Treated green diamonds are still natural, but their green hue comes from human intervention. In the late 19th century, scientists experimented with radiation’s effects on various materials, one of which was diamond. It was soon discovered that artificial irradiation can change the colour of clear diamond.

Synthetic green diamonds are lab-grown, meaning that they did not come from a mine. They are identical to natural diamonds, and they are far more eco-friendly due to the removal of harmful mining practices from the equation. This makes them one of the top of the list of diamond industry trends.

How Can You Tell if a Green Diamond is Real?

There is a simple trick when you want to tell if diamonds are real. Exhale from the mouth onto the surface of the diamond. If the gem stays fogged for a few seconds, then it is likely to be a fake. The surface of a diamond is inhospitable to moisture, and it evaporates quickly.

This is not, however, a fool-proof method. The only way to be 100% certain of a green diamond’s authenticity is to have it evaluated by a jeweller.

How to Care for a Green Diamond

Green Diamonds, like most, are very sturdy gems. They can withstand a fall or a knock here and there. You should, however, clean them regularly to keep the lustre strong and prevent the build up of debris in and around the setting.

To clean your green diamond, use a solution of warm water and chemical-free soap. Dip a soft-bristled toothbrush in the water and lightly scrub the surface of the gem and the crevices in the setting. Make sure to dry it thoroughly afterwards to avoid rusting the setting.

Are Blue Diamonds Real? Find Out How Expensive This Rare Diamond Is

What are the Best Engagement Ring Settings for a Green Diamond?

You don’t need to worry about durability with green diamonds, as they are fairly robust. Also, you want to display your rare gem as prominently as possible. To this end, we would recommend using a four-pronged setting. This diamond setting elevates the gem above the band on four ornately sculpted prongs that hold the gem in place. Pronged settings allow for maximum light refraction and optimal display.

What is the Difference Between a Green Diamond and an Emerald?