Blog » Wine, Beer & Spirits » Beer » Green Beer – Its Surprising Origin And How To Enjoy It Today 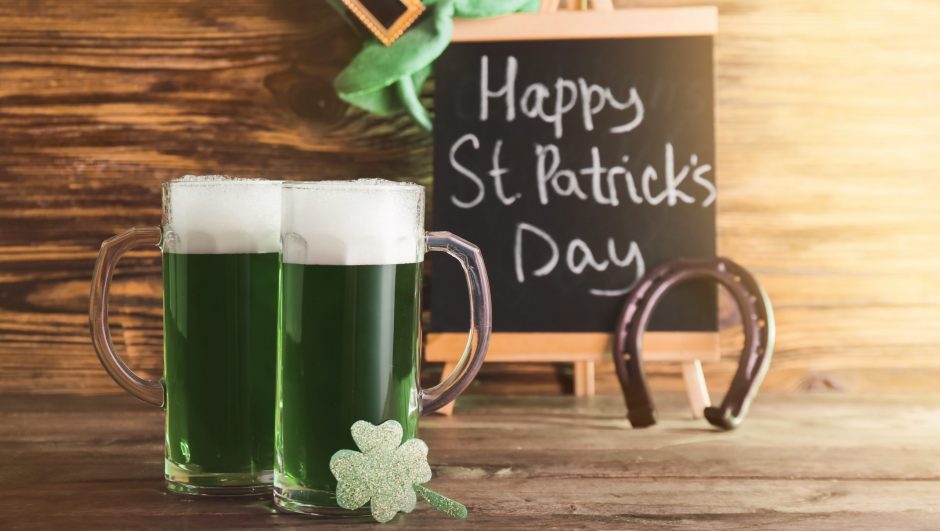 Nothing says St Paddy’s Day quite like green beer does. Well, besides the other things the holiday is known for like shamrocks, pots of gold and leprechauns!

This is why it may surprise many people to learn that green beer is not exclusive only to the worldwide celebrations of St Patrick’s Day. In fact, it’s equally popular in the Czech Republic just before Easter.

In fact, there’s a whole lot more to green brew than we realised, and you probably did too…

What Is Green Beer? 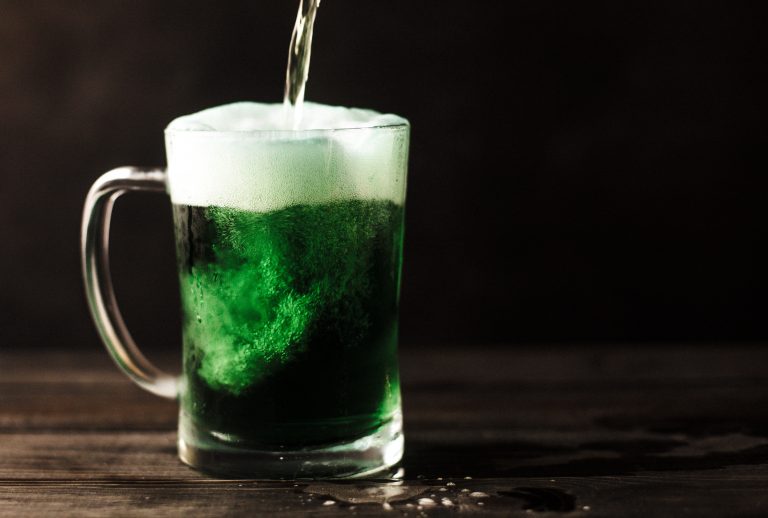 What Is Green Beer Made Of? What Makes It Green?

The green colour of green beer is usually obtained through the use of a light beer like a lager, along with a few drops of food colouring to turn the pale gold to a brilliant green. However, there is also beer producers who have crafted a successful green beer through more natural means such as Starobrno brewery in the Czech Republic.

This brewery creates a once-a-year batch of green beer which gains its colour during the brewing process. This green beer is made specifically to coincide with the day before Good Friday – as in the Czech Republic, this day is known as Green Thursday.

Who Started The Tradition Of Green Beer? Why Did People Start Drinking Green Beer? 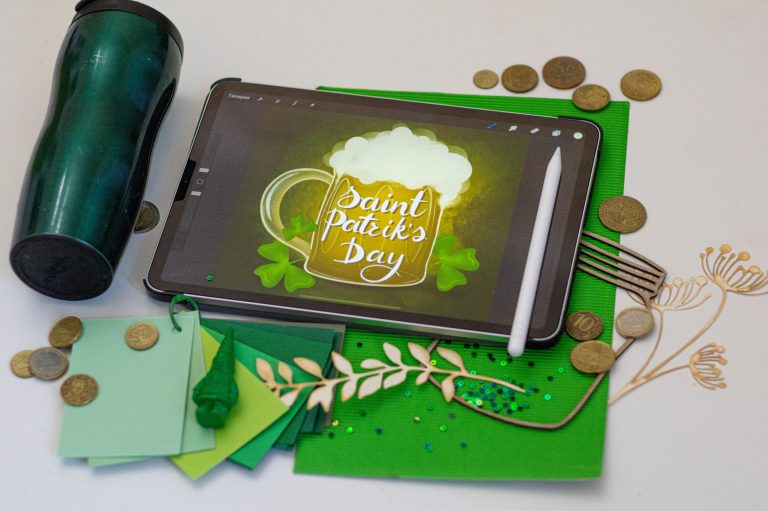 Take a quick trip back in time to 1914 – where an Irish American doctor called Professor Thomas H. Curtin decided to start the tradition of crafting green beer. He created it as a surprise for guests at his New York Clubhouse – and the guests were indeed delighted by it – it even made the papers at the time.

The tradition of dying beer green has become more and more popular over time and in present times is a staple across bars in countries around the world. Green beer is a holiday staple in America now, especially over the period of Saint Patrick’s Day – and sometimes Halloween. While it is popular to dye beer a striking green in America (along with other things like the Chicago River), it hasn’t quite taken off in Ireland, where Saint Patrick’s originated.

While wearing green and decorating everything from houses to faces with emerald hues is a big part of Irish tradition and history, due to the Irish Rebellion of 1798, drinking beer green doesn’t quite follow the St Patrick’s Day traditions of Ireland and has never been as popular a drink option on St Patrick’s Day as it is in other countries around the world.

How To Make Green Beer At Home

If you’re keen to try your hand at making green beer at home, then these three recipe options will easily do the trick.

The quickest and least-involved way to make your beer go green is to use a food-grade green liquid food colourant in a very pale beer such as pilsner, pale ale, or blonde ale. Though gel food colours can do in a pinch, they won’t mix quite as nicely and will leave a residue on the froth. 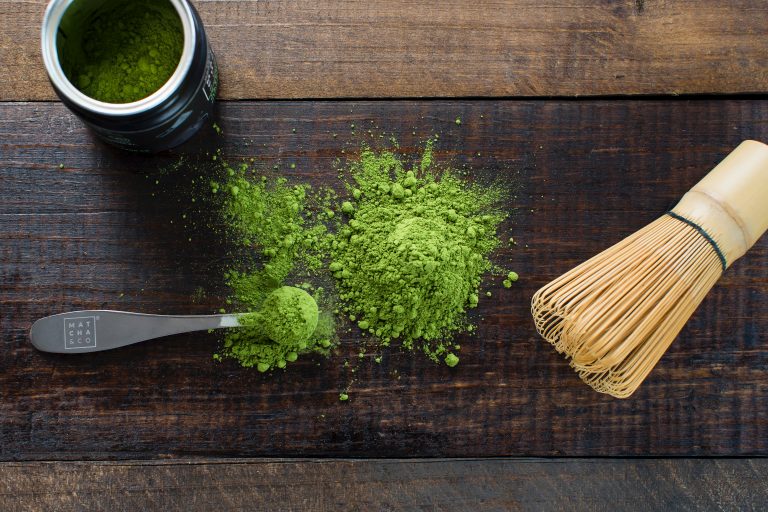 If you’re after a more natural way to dye your beer, then matcha powder is a good substitute for chemical food colours. You can use a teaspoon of powder at a time, which you whisk in a small bowl with a small amount of beer (or hot water) to fully dissolve the powder, before adding it into a glass. Top off the mixture with beer and watch the magic happen as your beer takes on a green-ish hue.

While you may have a half-used packet of spirulina powder lurking in your cupboard somewhere, on the off chance you tried it out a few times in smoothies before quietly forgetting about it, you can also pick one up from most health food aisles.

Whisk a very small amount into a light beer, as if you add too much your light beer will take on a rather dark-green stout-like appearance. As a warning, it must be said that the taste of the beer will definitely change to something rather ocean-inspired – and men with moustaches beware – the spirulina can dye your ‘stache an upsetting shade of green for a good long while. It may come out the other greenish-blue too, so be warned! 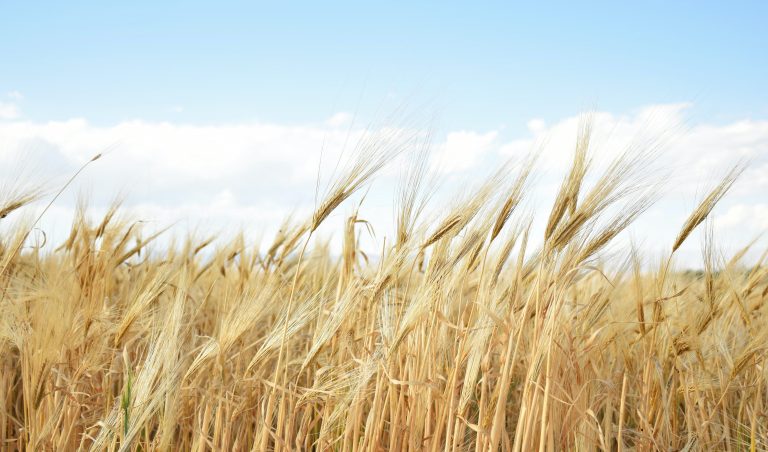 The farmers market or juice bar may not be the first place you think of to get a green food colouring, but a natural way to create a green beer involves adding in wheatgrass in a small quantity to the beer you want to dye.

Another option is you can buy wheatgrass seeds to grow your own windowsill wheatgrass ahead of St Patrick’s Day to ensure you’re getting the best and most natural wheatgrass around – especially if you have nothing locally available. Whisk a small amount into your beer and add more if required.

The final colour will be a rather brilliant emerald hue. The downside is your beer will have a much ‘greener’ and ‘grassy’ taste to it – but that colour may just make it worthwhile for the photos you’ll inevitably take.

Always err on the side of caution when adding any of the natural food powders to your light beer since they will likely impart a flavour to the final product and if mixed in incorrectly will also result in floaters of the powder appearing in the beer’s head. Proceed with caution.

Since the green beer served at bars around the world is just beer with food colouring in it, it will taste like whichever beer was used as the base of the recipe. However, if you use one of the recipes above the beer flavour will change slightly, so pick one which will agree with your sensibilities. 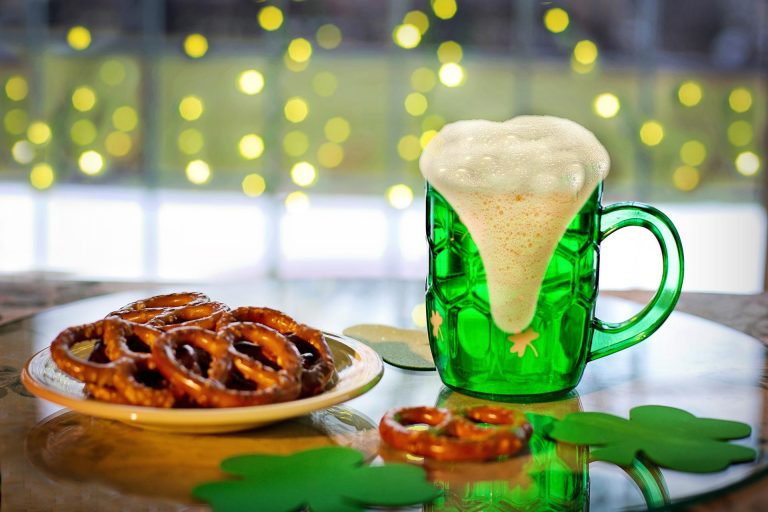 It’s green like vegetables, of course, it’s good for you!

Ok, maybe not quite that.

Unless you’re allergic to food dyes, or one of the alternative ingredients, then no, green beer should not make you ill at all if you’re drinking it in moderation. Beer in general has many touted health benefits to having a glass a day, including preventing anemia, building healthy bones, and offsetting heart issues. Green dye on the other hand may be fine for the first time or two – but too much can lead to nausea, stomachache, and the runs.

Can You Buy Green Beer That’s Not Mixed Or Dyed?

Yes, naturally brewed green beer is found in the Czech Republic and is available throughout the region for sale before Easter. If, however, you can’t import this natural green beer then the next best option is to purchase one of the many green-hued beer bottles available throughout the world – such as Heineken, Stella Artois, Bavaria, Beck, Genesee Cream Ale, and Tuborg.

The green beer made in the Czech Republic is brewed by Starobrno in celebration of Maundy Thursday – also known as Green Thursday. It is called this due to 13th-century priests dressing in green vestments to celebrate mass & could also refer to the penitents re-admitted to church wearing green herbs and were known as the ‘green ones’.

Traditionally, on Green Thursday only one meatless meal was allowed to be consumed though nowadays, the rule seems to have been added that there needs to be something green within the meal – such as a herbed salad. The Starobrno brewery decided to release a once-a-year green beer batch in honour of this.

The brewing process they use blends pure water with Moravian barley as well as a Saaz semi-early red hay. These ingredients then have a herbal mixture, which includes common herbs like nettles, added to the wort pan which helps to impart a natural green hue to the final product.

Now that you know all about green beer, how it’s made and what it tastes like, we hope you enjoy trying some of the green beer recipes which are listed above for your next holiday celebration.