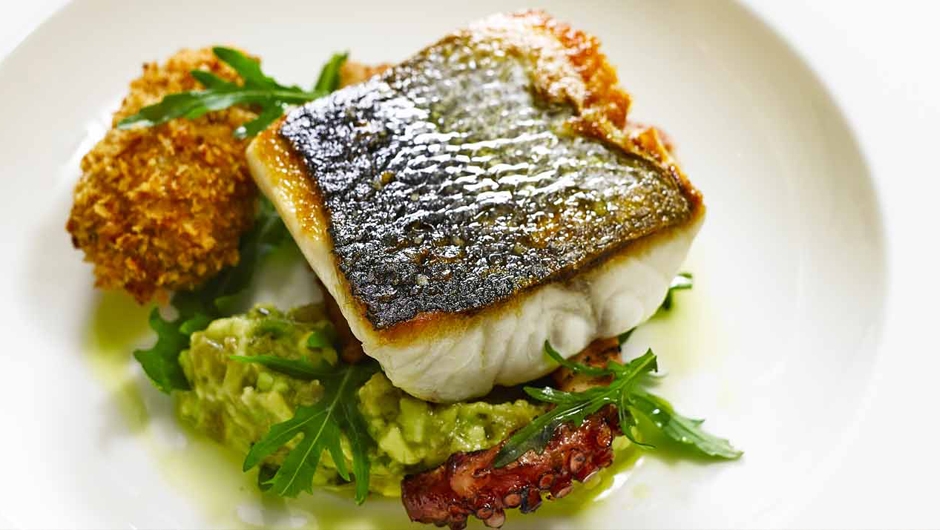 Being a relatively small island surrounded on all sides by the sea, it comes as no surprise that Britain has a strong tradition of seafood cuisine. For many centuries Brits have been harvesting from the ocean and preparing these marine creatures in mouth-watering ways. Many of the best restaurants in the UK, such as the legendary Restaurant Nathan Outlaw in the quaint Cornish village of Port Isaac, are dedicated to preparing British seafood exquisitely in order to bring out its superb flavours.

So what are some examples of the best British seafood culinary creations? Here are some of the best-loved classics:

Monkfish is a firm-textured and meaty white fish that looks very strange, with a flat head, a tapered body and mottled-brown skin. In British seafood cuisine it is prepared in a number of ways, including Cured monkfish with smoked almonds, rice with monkfish, red peppers and saffron and monkfish curry. The flesh of this fish is excellent for pan-frying and barbequing and it can be used in ceviche or paired with chorizo, chili, soy or sesame.

Fish and chips became a stock meal among the working classes in England when trawl fishing in the North Sea was popular and the development of railways meant that fresh fish could be transported to the heavily populated areas. The tradition of deep frying fish was introduced to Britain during the 16th century by Jewish refugees from Spain and Portugal. The first fish and chip shop opened in London in 1860. The type of fish usually chosen for this dish is haddock and cod, but vendors will also use Pollock, skate, plaice or coley.

Also see  Molecular Gastronomy: The End of the Line? 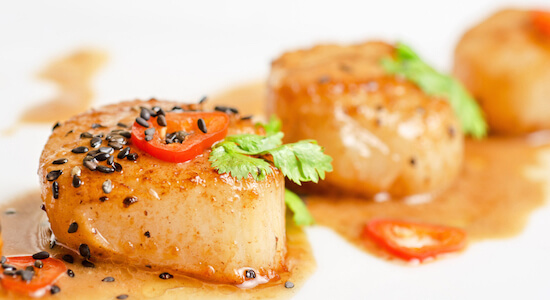 Lemon Sole is not actually a real sole, it is actually a flounder. This traditional British fish is delicate with a sweet white flesh and it is usually either grilled or fried and served with a light sauce. Sometimes lemon sole filets are rolled around a stuffing and steamed or baked.

Scallops are an expensive yet delicious shellfish and they are available in a range of sizes. The main varieties available in the UK include tiny queen scallops and the large king scallops. They are usually fried, steamed or grilled, but care should be taken not to cook them for too long or they will lose their delicate texture and flavour. Scallops pair extremely well with hearty and salty flavours such as chorizo, bacon or black pudding.

Smoking haddock intensifies its flavour in a beautiful way and this ingredient works extremely well in many fish dishes, or simply grilled with a side of vegetables. The main base of the smoked haddock tradition in the UK is in Grimsby, one of the only places where the specialised infrastructure exists and where the complex smoking process is passed down through the generations.

Why not try one of these delicious typical British dishes next time you are in the mood for seafood? What other best British seafood dishes do you love? Go above and beyond by exploring Europe’s Best Seafood Destinations and share your favourite one with us in the comments below.

Indulge in the London outpost of Nathan Outlaw’s >>