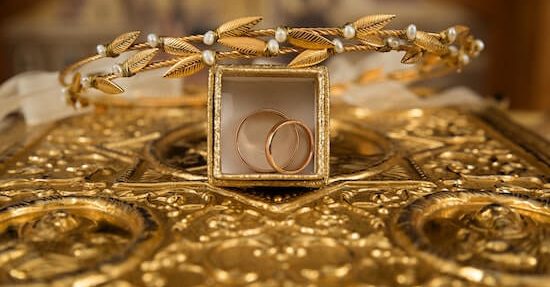 That’s some serious commitment. In fact, it’s half a century of commitment! These days not many people can say they’ve stayed married for five years, nevermind five decades.

Whether you’re on the hunt for a unique golden anniversary gift for parents, grandparents or simply want spoil the person who’s stuck around all these years, we’ve got plenty of gold themed experiences to let your love shine.

You may think that nothing can top that diamond on your finger you’ve been wearing for half a century, but the Queen’s collection of jaw-dropping gems will probably put it to shame. The Crown Jewels are possibly the grandest pieces of jewellery you’ll ever set eyes on. These golden ceremonial treasures acquired by English kings and queens are covered in precious jewels such as diamonds, rubies and sapphires.

Under some serious lock and key, they’re stored at the Tower of London, a place which will make you feel young considering the history dates back to nearly 1,000 years ago.

Spend your anniversary visiting the Tower of London and eating out at Le Pout de la Tour. Or for a majestic date night fit for a queen, splurge on a private dinner in Martin Tower with you, your royal partner and ten other friends, surrounded by over 12,000 jewels. A lovely way to explore history while also seeing the most precious jewels in England.

Also see  Wedding Anniversary Flowers By Year: What Flowers Should You Give? 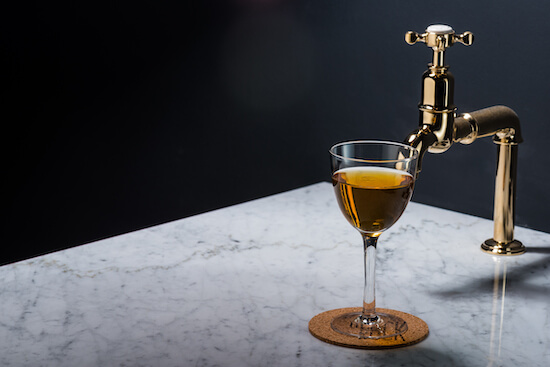 Also known as “liquid gold” why not spend your anniversary making your way through a selection of premium whiskies, deciding which type of tipple is your favourite.

Our Premium Whisky Tasting at Black Rock gives you a flight of whisky to taste along with a free tasting of “table whisky”: whisky that has been aged inside Black Rock’s 18 foot and 185-year-old tree trunk table.

This is one of those gifts for couples who appreciate the finer things in life. You’ll spend the night surrounded by golden liquid that has aged well, just like your relationship.

Gold on the Ceiling – Visit the Vatican 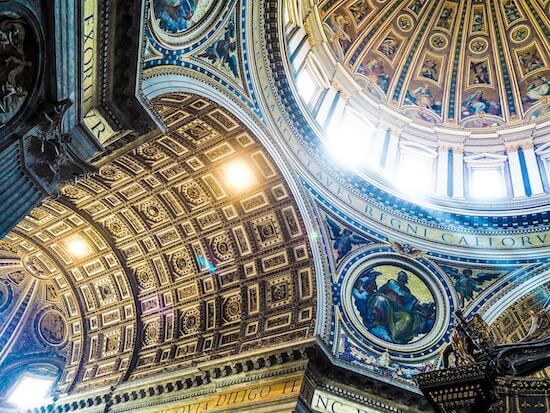 Vatican City is the world’s smallest country but is home to a vast amount of artwork, a lot of which is made of yup, you guess it; gold.

In fact, St. Peter’s Basilica is practically made of the stuff. To visit the priceless country you must go to Rome, giving you the chance to see all the history from the Golden Age of the Roman Empire. It’s almost as if this vacation was set up to be the perfect 50th-anniversary trip.

Spend a few days exploring Rome and the Vatican. See the Coliseum, Spanish steps, Pantheon, Sistine Chapel and some of the greatest artwork known to man.

If you’re looking for gold, this is the place to go. While you’re there why not through a gold coin into the Trevi Fountain and wish for another 50 years of blissful marriage; you never know what kind of magic that fountain can hold.

After fifty years of making memories together, you and your partner probably disagree on what really happened in your shared stories. Settle it once and for all by putting your stories down in a professionally written book.

Though your love story is certainly not over, I’m sure there’s more than enough material to get something written down. This would give you and your partner the chance to reminisce about all the best moments of your lives together.

It would also not only be a gift to each other but to your children, grandchildren, great-grandchildren and so on. They would all be able to look back at this book long after you’re gone and know who you both were.

Now you may be asking how this is golden themed. To give it some personal pizaz, have the cover of your book of memories customised with a range of rich golden colours, textures and finishes. After all, gold is the symbol for first place and this book will show your partner that they’ve been first place in your heart for the last 50 years. 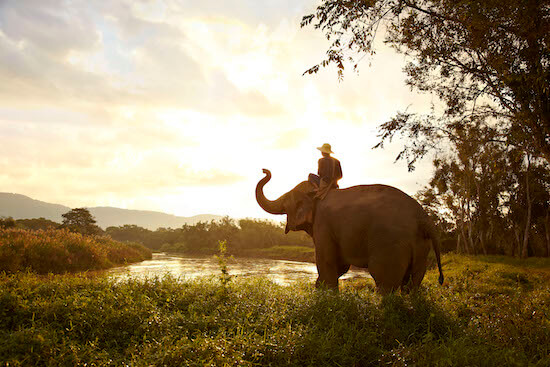 This luxury anniversary gift gives you the excuse to explore the Golden Triangle and see three different countries at the same time: Laos, Myanmar and Thailand.

This gem of a resort in Thailand is right by where these three countries meet. It boasts an indulgent spa and gives you the opportunity to help protect and appreciate elephants in the most luxurious way possible. It goes without saying that this very elegant resort is sure to be romantic.

If you want to stay true to the golden theme of your anniversary, there’s really no better place than the Golden Triangle. It has an impressive and fascinating opium museum and some of the world’s most amazing views.

This is a peaceful trip and once in a lifetime opportunity.

I know what you’re thinking – what does this have to do with golden anniversaries? Well as the only gunmaker to hold a British Royal Warrant, Holland and Holland have gained a reputation for mechanical perfection and elegance. They’ve combined all the best features of guns that had been developed by English gunmakers of the Golden Age, as far back as 1892.

If that hasn’t convinced you, how about this – some of their guns feature elegant golden finishes. Guns like the ‘Royal Deluxe’ Double Barrel Rifle has the Holland & Holland name inlaid in gold on bolsters and carved ball fences. Clay pigeon shooting with golden guns? How posh!

Spend an afternoon at the shooting grounds of Holland and Holland, taking a romantic stroll through the nature reserve before your private session with an expert shooting instructor. It’s bound to be a whole lot of fun and a whole lot of healthy competition. Who can shoot the most clay pigeons? Who’s got the better aim? It might be time to settle this once and after 50 years of marriage. After all, who doesn’t love a bit of friendly competition?

The Birmingham Museum houses the largest collection of Anglo-Saxon gold ever found. 5.1kg of gold to be exact.

Dubbed Britain’s answer to Tutankhamun, the Staffordshire Hoard is one of England’s finest treasures, but it was only found about a decade ago. That means for the first forty years of your marriage, no-one even knew this hidden treasure existed. It seems as if it was meant to be your 50th-anniversary date.

If you’re on the hunt for unique things to do in London for your anniversary, you and your partner can experience the history of over 3,500 pieces of extraordinary metalwork. The collection includes beautiful gold sword handles, jewels from Sri Lanka, carved helmets and beautiful animals in elaborate filigree. Even if you’re a huge history buff, you mostly like have not gotten a private tour of the Staffordshire Hoard, as it’s only recently been discovered.

The most in-theme suggestion yet: go see gold pieces.

Whatever gift you chose to give to your partner for your anniversary is sure to be golden just by nature of the anniversary. But why not take tradition to the next level with a truly unforgettable golden experience?