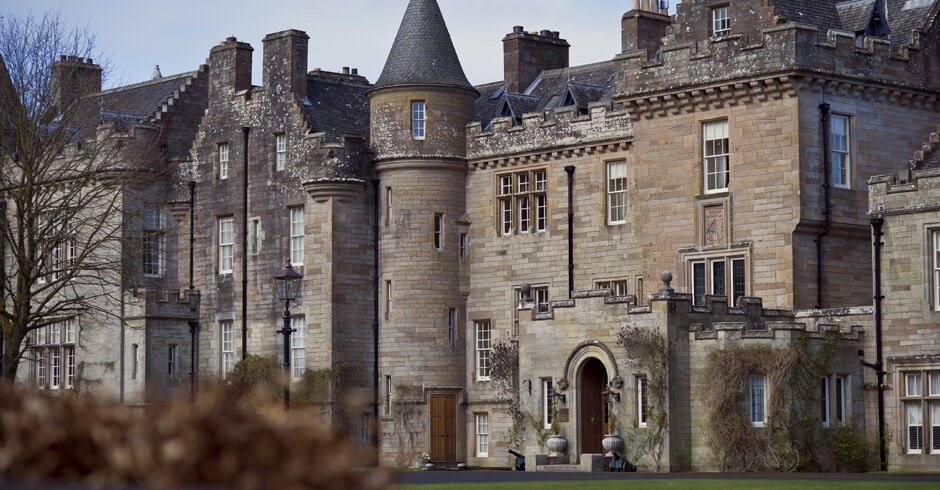 It might bear a very similar resemblance to the Monarch of the Glen estate Ardverikie, but Glenapp Castle is its own and quite different little sanctuary in the Scottish countryside. Both buildings were finished at exactly the same time in 1870, though some may say Glenapp has more charm about it. Whatever the case, here are 5 reasons you should visit Glenapp Castle.

Yes, we might be stating the obvious, but how often can anyone say they’ve stayed in a full-blown baronial castle? Let alone one that appears in just about every good hotel guide under the sun.

TripAdvisor
From the pristine rooms, to the immaculately prepared tasting dishes, to the above-and-beyond service, it’s little wonder. The best reviews include a welcome from an ‘insomniac deer’, the ‘epitome of fine living’, and ‘one of the quietest retreats I have come across.’ 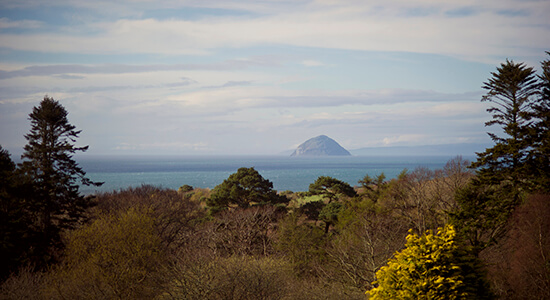 3. There’s a bit of room to explore

To say the Glenapp estate is vast would be an understatement. It’s so vast that the main entrance to the castle is about a mile away from the front door. 5,250 hectares surround the castle open for anyone to explore, and they consist of deep glens, sprawling moorland, and spectacular rock cliffs. Pheasant and partridge roam the heath, suitable for a pop at when the shooting season is in, when other activities such as stargazing and hawking are ideal for the family.

4. The chef knows his stuff

The Good Food Guide have been keeping an eye on head chef Tyron Ellul, deeming him one of the three best young chefs to watch in 2015. That means when you see Ellul on national television in ten year’s time, you can tell the younger generations you’ve eaten his West Coast Scallops and enjoyed every mouthful. It’s also worth mentioning the restaurant received its first Michelin star in September 2013.

Where to go Fishing in the UK 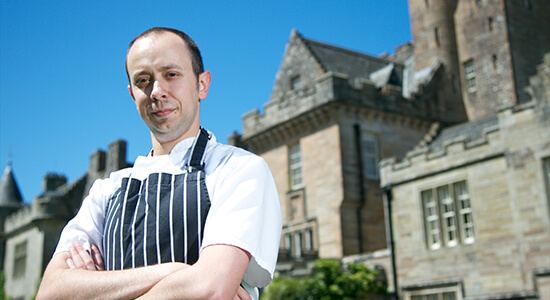 5. It neighbours the largest forest park in Britain

Aside from a host of things to do, Galloway Forest is the sort of place you don’t mind getting lost in. As long as one of you has a map, that is. The forest is home to some of the UK’s rarest and most protected species, including otters, ospreys, eagles, and Britain’s largest mammal – the red deer.