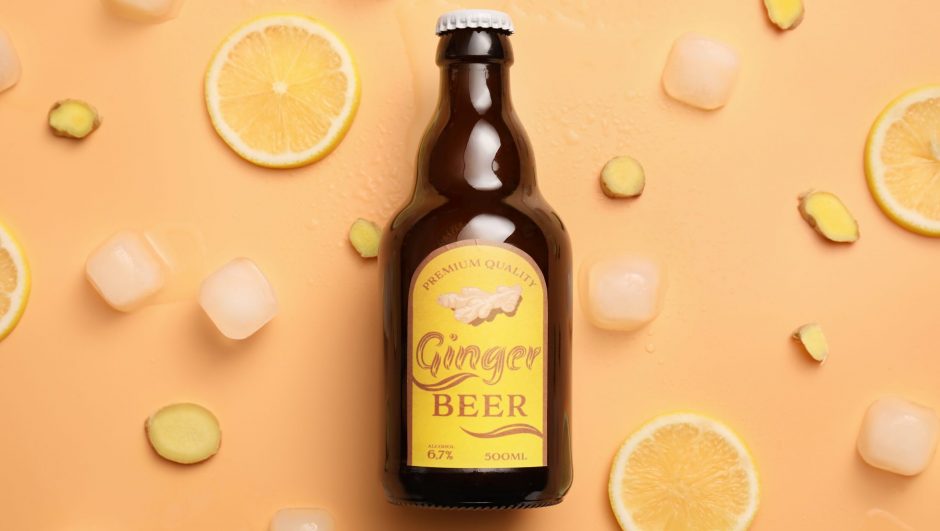 Remember ginger beer, that fizzy and zesty stuff your grandmother probably lovingly made and bottled? Well, it’s currently made a big comeback and is not only widely available but is the belle of the ball in many delicious cocktails.

Here we will deconstruct just what ginger beer is, why it’s been around for centuries, the difference between ginger beer and ginger ale, its health benefits, and a whole lot more.

So just what is ginger beer? Ginger beer is a non-alcoholic beverage with a robust, spicy and aromatic flavour. It’s made from a blend of ginger, water and sugar that’s fermented with yeast, then usually carbonated and bottled.

That said, there are quite a few ginger beers that have a small amount of alcohol. You can sip ginger beer as a soft drink or use it as a mixer in a number of refreshing drinks.

What Is The History Of Ginger Beer? 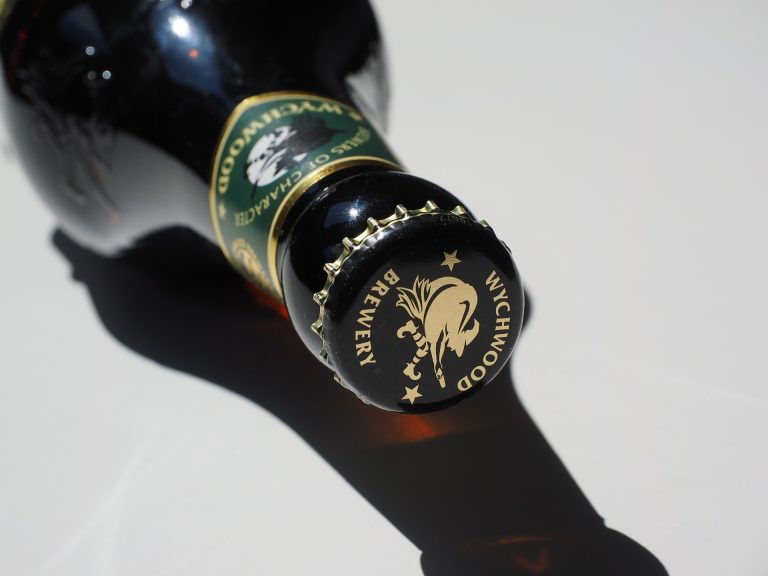 In Europe, ginger beer has been known for centuries. It first originated in England and was then exported to British colonies all over the world. Whether ginger beer is actual beer, we will get to that later.

When Jamaica and other Caribbean islands fell under British rule, ginger was widely grown in the Caribbean. The British first brewed ginger beer, starting in the 17 century in Yorkshire. In the late 1800s, ginger beer was a popular alcoholic drink to sip in England, but it was more like a hard cider in those days.

It wasn’t long before England began exporting ginger beer to the US. Eventually, ginger beer took hold and breweries began producing it on a large scale. Then prohibition pushed ginger beer towards a non-alcoholic soft drink, but currently, it’s finding its way back into alcoholic mixes.

How Much Ginger Beer Is Consumed Worldwide And who Loves It?

The global demand for ginger beer is growing at a rapid pace and is expected to be driven by consumers wanting healthier drinks that are lighter with fewer calories, and refreshing.

Ginger beer fits the bill and is basically served as a low alcohol traditional fermented drink in most parts of the world.

North America dominated the global ginger beer market and accounted for most of the consumption. The same region is projected to lead the market over the next decade.

Also see  What are the Best Dishes and Ingredients for Autumn?

What’s great about ginger beer is that it is easy to make with natural ingredients and best of all, it’s delicious on a hot day.

How Is Ginger Beer Made?

If you’re wondering how to make ginger beer the answer is, it’s easy. But it’s sticky too.

Ginger beer is made from fresh or dried ginger, sugar and lemon juice. Traditionally, people fermented the ingredients with sugar and then added yeast to create an alcoholic ginger beer. In recent years, ginger beer has become more commonly available as a non-alcoholic beverage that relies on carbonation, not fermentation, for its fizzy bubbles.

Let’s turn to some of the claimed health benefits of ginger beer.

Ginger is one of the oldest spices in existence, dating back to first century Southeast Asia known for its tummy-soothing properties.

Drinking ginger beer may offer some helpful health benefits, primarily as a result of its main ingredient. People have used ginger root for centuries, to help with digestive ailments, nausea and other stomach ailments. The science is careful to say that ginger beer may help you get some of the same benefits.

Some positive news is that it’s safe for pregnant women to drink and it won’t harm their growing babies. It could help with the nausea of morning sickness too.

Ready to try some really good ginger beer? We’ve rounded up 9 of the best ginger beers you must try.

We compiled our list based on ready availability, which ginger beers are chefs and mixologists talking about and manufacturers’ use of the best ingredients.

Now that we’ve made some suggestions as to which ginger beers to try, let’s get stuck into how to drink ginger beer.

How To Drink Ginger Beer

Although ginger beer is often used in alcoholic drinks, such as the popular Moscow mule, traditionally served in a copper mug, there are a zillion ways of mocktails and punches one can make with this spicy and versatile drink.

This non-alcoholic Moscow mule is a good drink to begin with, as is this ginger and peach mocktail. In general, ginger beer pairs well with citrus juices like orange and lemon, but also goes nicely with warmer spicier flavours such as cinnamon and nutmeg. Just remember to stir in the ginger beer, rather than using a shaker to preserve the carbonation.

Is Ginger Beer A Beer?

The name is deceiving as no, ginger beer is not a beer. It was originally made by mixing ginger, sugar water and optional lemon and/or cream of tartar together and leaving it to ferment.

Once the mixture was bubbly and slightly alcoholic it was strained and a portion of the old batch would be kept aside to make the next batch. Ginger beer was never actually a beer, but rather the production methods used in the days of old were similar.

Ginger ale, however, is a different beast altogether.

What Is Ginger Ale And How To Use It? 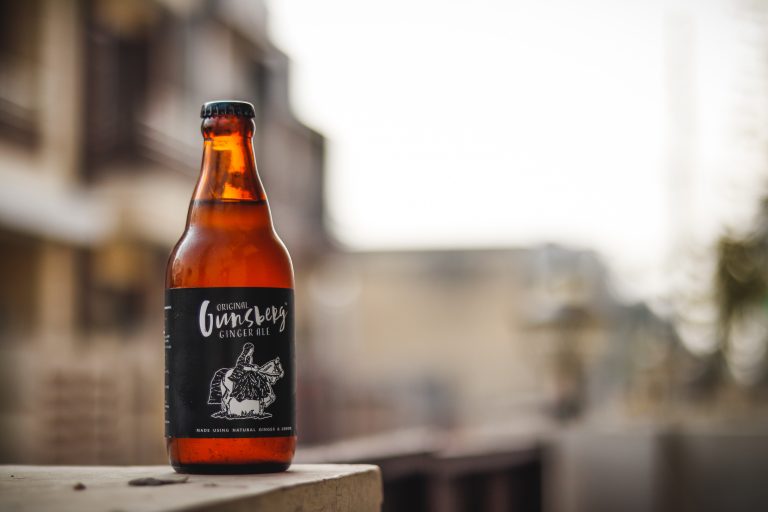 Ginger beer and ginger ale are both bubbly ginger drinks, but they taste different and are used in different ways.

Ginger beer is very fizzy with a strong ginger flavour and a spicy finish. It’s brewed and fermented. Ginger ale has a mild, mellow flavour and is sweeter than ginger beer. It’s essentially a ginger-flavoured soft drink and is non-alcoholic.

Both ginger beer and ginger ale can be sipped as a drink on their own, but both are also popular cocktail mixers. These non-alcoholic mixers add a lovely bubbly effervescence to drinks. While they share a ginger flavour, there are some major differences.

Ginger beer adds a strong, spicy ginger finish to drinks while ginger ale is much milder, and is a good cocktail mixer when you want bubbles AND sweetness.

Talking of taste and flavours, what food goes well with ginger beer?

Foods with spicy or highly seasoned sauces and glazes, such as barbecue pork ribs or glazed ham, pair well with ginger beer.

Lighter dishes such as Thai noodle salad, dressed with a peanut lime dressing are a great pair too.

Creamier dishes such as Cashew Indian Butter Paneer with a creamy cashew flavour is a winner while curries are surprisingly good companions to ginger beer. Not all curries, mind, just the lighter ones of fish, chicken or vegetables should be used. Avoid the heavier meat curries such as pork vindaloo or a lamb Rogan Josh as they will overpower ̶ not compliment ̶ ginger beer.

All these yummy smells and flavours should have worked up an appetite by now. Pick up some ginger beer, think vegetable curry or grilled chicken and cook up a storm for your mates. What’s not to like?