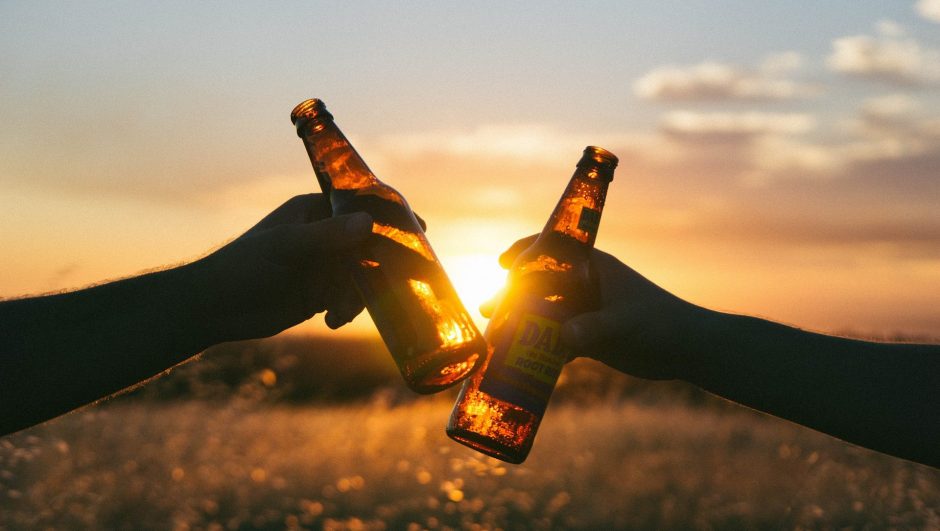 It’s a commonly known fact that the Germans love their beers. And German beer production stats back this up!

There are presently around 7000 different types of German beers and over 1000 breweries in the country. These stats sound crazy for a country with a population of just over 80 million, but that’s what beer lovers do for beer.

We’ve got loads of fun facts about German beer, trivia, and new brews for you to try… so keep reading!

A History of Beer in Germany

Despite popular belief, the Germans were not the inventors of beer. They sure like to take credit for many of the delicious beers around the world today, but they certainly were not the original creators of the alcoholic beverage. Folks in the Middle East were the ones who found the magic recipe when they roasted water-soaked grains.

But this does not take away from the long and storied history that beer has in Germany. Beer has been produced in German monasteries for mass consumption since the first millennium, and some of the earliest of these monasteries are still standing today. In Southern Germany, you can go visit Kloster Andechs, St. Gallen, and Weltenburg to name a few.

It may sound crazy, but the monks were the first producers of beer in Europe due to the continent’s close ties with religion and Christianity. Monastic beers were usually high in alcohol content and rather spicy.

Brewers in Germany saw the developments of privately brewed beers in the tapestries in Belgium and decided to follow suit. Today there are thousands of private breweries in Germany.

As more and more breweries in Germany were experimenting with recipes for beer the common trend was to produce beer using herbal recipes that included no hops. That is unfathomable in the modern age, beer without hops! Crazy! This trend led to the creation of one of the most famous food production laws – the Reinheitsgebot.

What this law attempted to enact were the three crucial ingredients that had to be included in a German beer: barley, hops, and water. This provided clarity and simplicity to consumers of beer in Germany so that everyone could know exactly what they were drinking, instead of simply drinking some fantastical “herbal beer”.

Germany has completely come full circle as they are now the number one country in the world in the farming and production of hops.

If you don’t believe me, go ask your grandparents where the best beer in the world comes from!

German beers come in a variety of unique and interesting styles which differentiate them from other beers around the world.

Let’s take a look at some of these styles of German beer.

If you’ve ever walked into your local liquor store or the liquor aisle of your favourite convenience store then you have undoubtedly laid your eyes on a pilsner. This world-famous beer originates in both Germany and the Czech Republic.

The maltiest of malt beers is known as Doppelbocks in Germany. They are not for the faint of heart or for people who do not enjoy beer. However, if you’re a beer enjoyer and you love to experience both the light and the dark side of beer, then the bock range of German beers might be just for you.

The defining characteristic of a Rauchbier is that a large portion of the malt infused into the beverage has been smoked over the flames of a wood fire. What this gives the beer is a smoky flavour, unlike anything you could experience with any other standard beer. The taste is certainly not for everyone but lovers of Rauchbier often know exactly what they want should they go out drinking.

So far, we’ve examined some of the classic German styles of beer that most people know and have tried. But the Germans don’t stop there – they love to experiment, and they have several interesting beer concoctions developed by their people.

The Bananaweizen is just one of these extremely unique beverages that have come from fearless experimentation with beer. Many people consider a Bananweizen a shandy, but one look at the ingredients list proves its beer-ful heritage. A banaweizen is made using wheat beer and banana nectar.

It is a rather modern drink with no special history, and it is extremely popular in the Southern parts of Germany. The banana-infused flavours of this beverage disprove the common notion that Germans only drink beer in the purest of forms.

What are the Most Popular Beers in Germany?

We’ve had the classics and the experimental, but we haven’t had a look at the most popular beers in Germany yet. Let’s do that!

This is one of the most loved and most popular beers in Germany due to its sweet tinges of cinnamon, banana, and yeast. This brew checks all of the boxes for most beer lovers as it hits drinkers with layers of interesting flavours and style.

This beer is brewed in what is officially recognized as the oldest brewery in the world. A Kristall has been described as the best beer to drink on a hot sunny day alongside the pool or a lake. Best paired with swimming and tanning, this is definitely a beer for the summertime.

This beer is a premium and to find it you may have to travel into the city limits of Cologne as it is one of the only cities that produces this German beer brand. Cologne is one of the most visited cities in the country and this could be a strong indication as to why.

What About Craft Beer?

So far, we’ve looked at some of the most popular classic German beers. But microbrews and IPA beers seem to be getting more popular each year and Germany is not a country to miss out on beer trends. The following are some popular craft beers available in Germany.

Vagabund is one of the most famous microbreweries in the country. They produce some of the most interesting and fun beers on the market, such as beers with an American twist, hoppy beers, and delicious APA’s. Beer enthusiasts have loved everything they’ve seen when walking through the Vagabund doors.

“Let’s forge swords into taps”. The slogan of Pax Brau tells you everything you need to know about the commitment of this microbrewery to the beers they produce. The Cissy IPA or the Liquorice Oatmeal Stout are some of the best beers on offer at Pax.

The food is exactly what it sounds like. The bread is pan-fried, and the Weiner is authentically German. This German comfort food is best paired with a fruity and light beer which makes a Weiss the perfect pairing.

Traditional Bratwurst is not only loved in Germany. It is so delicious that it has transcended borders and is enjoyed pretty much worldwide in the modern world. The Hacker Original is robust and toasty and it contains a malty sweetness that pairs perfectly with the traditional taste of a thick piece of Bratwurst.

What is Irish Beer? Most Popular Irish Beers for St. Patrick's Day

Germans cook their potato pancakes to perfection with the aim of making them crispy and crusty on the outside with a sweet and soft interior. Best served as a dessert it can be paired with a stunningly sweet, yet dry, beer – the Firestone Walker.

Which of German Beers Can You Buy in America?

All this talk of German beer might be making you thirsty. If you head down to your local supermarket or liquor store the German beers that you might find on the shelves include St Pauli Girl, Bitburger, Warsteiner, Spaten, Schneider Weisse, et al.

How to Drink German Beer

There is no special season that German beer brands find more popular than another. The citizenry of the country prefers to drink their beers all year round, through sun and snow. This means that if you ever travel to Germany be prepared to be engulfed in a culture of beer drinking.

Germans like to enjoy their beer slowly, but it all depends on the occasion, if you’re visiting for Oktoberfest, you best bring your A-game as you’ll be expected to down a “Mass” upon arrival.

How to Order a Beer in Germany

The Germans know what you want when it comes to beer, and so when you get to the front of a queue it is perfectly acceptable to just shout BIER! at the server.

But if you’re feeling a bit more polite then you can say: Darf ich bitten ein bier haben.

Germany has a strong love for beer and thriving beer culture, be sure to engulf yourself in this and just enjoy whatever is put in front of you. Don’t be afraid to try new things and don’t be afraid to let loose on the streets of Berlin!