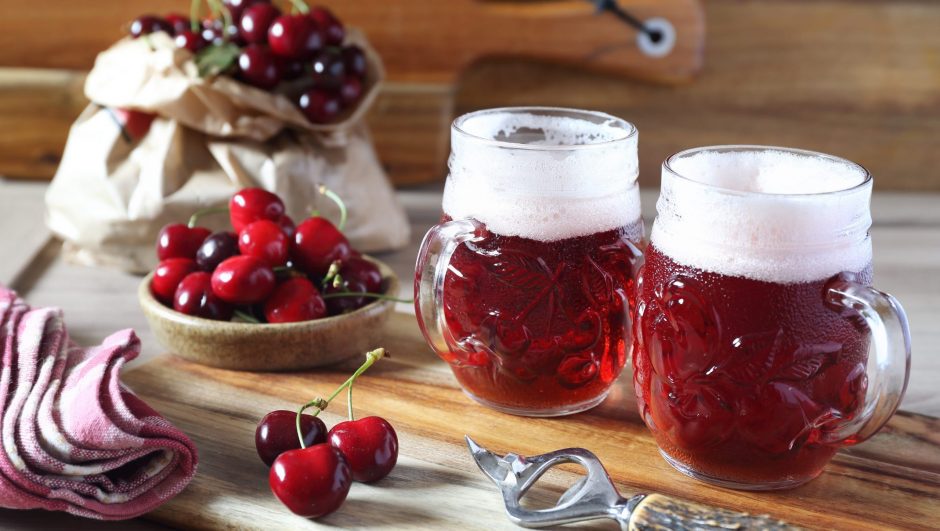 As the beer market has widened over the past 2 decades, we’ve seen a lot of new jargon appearing. Pale ales, weiss beer, steam beer, porters and more suddenly flooded the shelves of regular liquor stores.

Despite being warmly welcomed by beer lovers and newcomers the world over, certain terms and phrases remain misunderstood by many, rather loosely affiliated with an expected flavour. This is because brewing is a very technical process with traditions and techniques steeped in history – too complicated for newcomers and casual drinkers.

Fruit beer is not complicated. Fruit beer is simply any beer with fruit added to it. But, being beer, even simple ideas can be explored in great detail. Answers demand more questions. When is the fruit added? What type of beer is the fruit being added to? Let’s find out!

What Are The Different Types Of Fruit Beer?

All facets of a fruit beer are determined by two main components: the style of the base beer and the fruit that’s added. The most common base beers include ale, porter, Weiss (wheat beer) and stout.

If we look at the common base beers mentioned above, we can categorise them from ‘heavy’ to ‘light’. Porters and stouts are very heavy dark beers. Weiss has a strong malty flavour but isn’t as heavy as dark beer. Ales vary in strength and abv (alcohol by volume) but range from heavier IPAs to light summer ales.

Once the brewer has established which base beer they’re going with, it’s time to match that to a fruit flavour. More delicate flavours will sit better with lighter beers, while heftier flavours will compliment heavier beers without being overpowered. Coconut, for example, will pair well with a lager or pils, while something like razzberry might match the sweet undertones of a Weiss.

Green Beer - Its Surprising Origin And How To Enjoy It Today

How Are Fruit Beers Different From Lambics?

Firstly we need to define what a lambic is, which is a tricksome first step.

Much like champagne and pecorino, lambics are only true lambics if they’re made in Belgium, but many lambic-style beers are produced around the world. Lambics have a very specific and unique brewing process, almost unrecognisable to those who know the production methods of more conventional beers. Belgian lambics are not necessarily fruit beers, although they often contain fruit, and they’re an acquired taste (they’re known to taste like ‘cellar mould’ and ‘musty barn’ with a complex, weighty flavour).

Fruit beers, on the other hand, are simply beers that have been flavoured with fruit. So, in essence, lambics can sometimes be classified as fruit beers, but due to flavour and prestige, you’re unlikely to make the mistake of getting them confused.

Is Fruit Beer Good For Your Health? 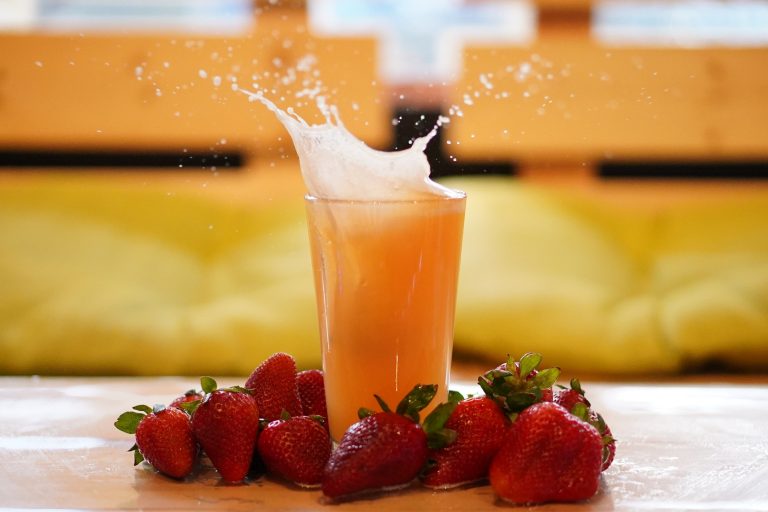 Although there are studies that show beer can have beneficial effects on your health, the inclusion of fruit is unlikely to make the beer you’re drinking ‘healthier’. This is because fresh fruit is good for your health, but fruit beers normally use extracts or purees, meaning the sugar and flavours have been extracted while the more nutritious content has been removed.

Does fruit beer make you drunk?

If you abstain from alcohol for religious or personal reasons, you’ll be happy to know that a wide variety of non-alcoholic fruit beers are on the market. In fact, traditional fruit beer is alcohol-free, but this kind has been largely superseded by alcoholic brews.

If it’s alcoholic fruit beer you’re drinking, the abv can be anywhere from 3% to 7% so it’s wise to drink responsibly and stay off the road.

The possibilities are almost endless. Brewers are coming up with new combinations and ideas all the time. They range from dry to sweet and can offer a huge flavour profile or only a subtle hint of the fruit that’s been added.

What Are The Best Fruit Beers On The Market?

Micro-breweries the world over produce fruit beer. It’s easy to make, easy to drink and easy to market. Opinions will vary the world over depending on access, the size of the beer-drinking population and consumers’ growing demand for locally produced goods.

In terms of awards, however, some beers are standing out from the crowd.

A tart, barrel-aged beer, re-fermented with raspberries to produce a cloudy, delicious drink.

Named after a Doors album, Short’s Brewing Co. has been perfecting its recipe for more than 10 years, finely honing it into one of Michigan’s best fruit-infused brews. It’s a rye beer, fermented with four different berries that offers a tart, spicy flavour.

This California Brewery was out to make the best summer brew, and they’ve truly succeeded. It’s a gentle Weiss that’s easy going, light in the mouth and leaves the beautiful, long-lasting aftertaste of Watermelon.

A perfect autumn drink, this damson infused, twice-fermented beer is a perfect blend of complex flavours. A little sour, a little musty, its complexity is what makes it stand out in a world of lighter, more commonplace brews.

What is Dark Beer? The Best Dark Beers Around the World You Must Try

One of the oldest artisanal breweries in the UK, Samuel Smith brews a delicious apricot beer that’s topped many a best organic beer list both at home and abroad. It’s subtle yet sweet enough to offset the bitterness of the mature beer it uses as a base.

What Is The Most Popular Fruit Beer Brand In The World?

With such varied markets, it’s hard to tell, but Wisconsin Red comes first on many year-end lists time and time again.

What Foods Can You Pair With Fruit Beer?

As with wine, it’s important to keep in mind how the flavour of the beer will respond to the food. It would be unwise to combine a delicate peach ale with a flaming hot vindaloo, but it could go down very well with a vinegary salad. 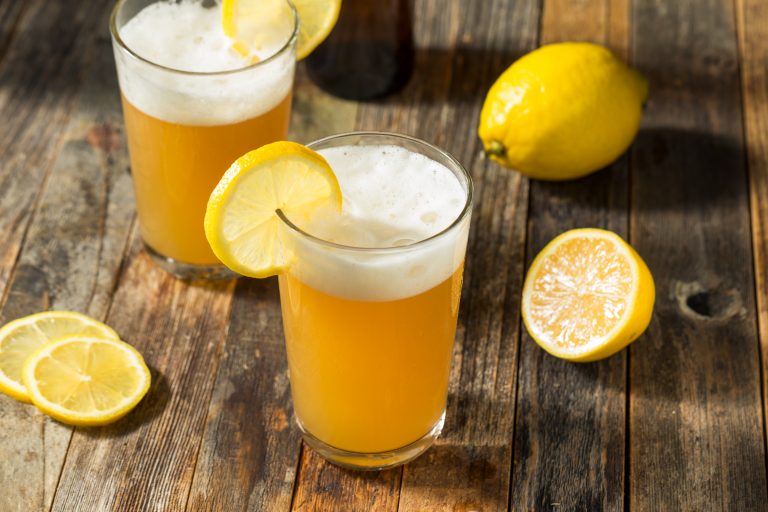 Fruit beers are far more exciting than they seem at first glance, right? Now you have some insight into the production process and what brands to look out for, you’re ready to explore a world of fine, complex flavour!