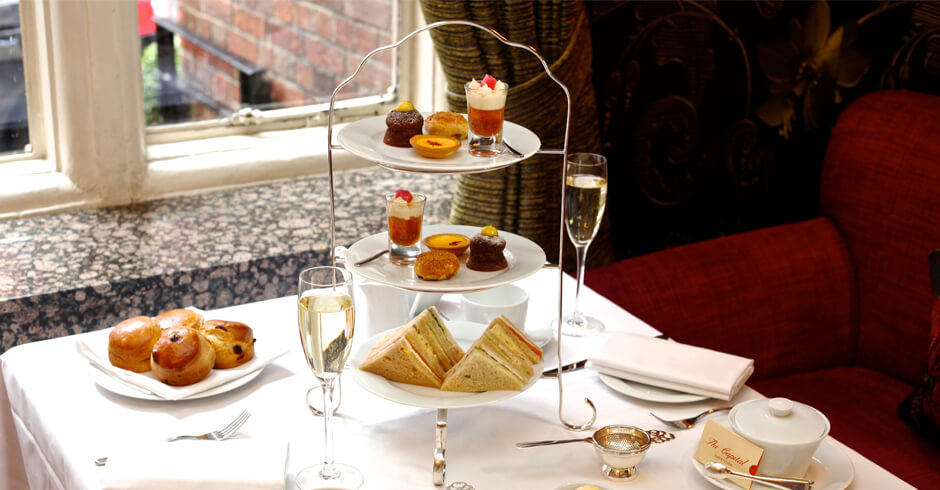 A trendy pastime today, afternoon tea’s invention came around 200 years ago in rather apt circumstances. Anna, the 7th Duchess of Bedford, a close confidant of Queen Victoria and a prominent figure within London high society, complained of monotony in the afternoons. She wanted something regal and extraordinary to lift her spirits and fend off her hunger until dinner time, often served as late as 8 or 9pm.

The Duchess therefore ordered tea with small sandwiches and cakes to be served to her and the other ladies of the house. Over time, she began to invite other friends and associates to enjoy the spectacle of ‘afternoon tea’ at Woburn Abbey, where they would swap tales and news. The event became something of a tradition over the years, spreading to be hosted by other ladies in high society.

Towards the end of the nineteenth century, afternoon tea had become a much more glamorous affair. Ladies among the upper classes would change into long gowns, gloves and hats for afternoon tea, traditionally served between 4 and 5pm in the drawing room. But one summer it is said that there was a fire in a mansion where afternoon tea was to be served. The ladies were distraught that afternoon tea was to be cancelled, until one of them had a brainwave: they could take the occasion outside to the gardens. 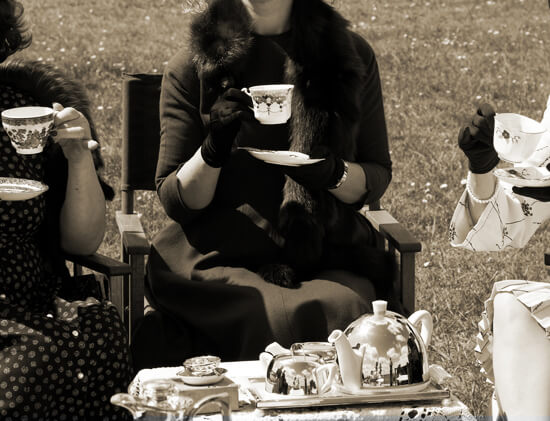 From this, afternoon tea garden parties were born. Taking the event outside encouraged the men and lords of the house to take part and, since tea was a fine delicacy at the time, families were eager to flaunt their wealth by hosting parties. The tea would be served in the finest china, hand-painted in exquisite detail.

The traditional English afternoon tea would include a selection of finger sandwiches, including cucumber; egg and cress; smoked salmon and cream cheese; coronation chicken and ham and mustard. Also served would be warm scones with clotted creams and preserves, a variety of homemade cakes and pastries and the finest English tea.

Here, we take a look at some of the finest afternoon teas around the world, all of which have been inspired by the unlikely invention of the 7th Duchess of Bedford.

Beginning in Britain, the home of the event, Prêt-à-Portea at The Berkeley offers perhaps the most creative take on the classic elements of traditional afternoon tea. The pastries and cakes resemble the latest catwalk designs to satiate the appetites of fashionistas. The menu is transformed every six months to follow the changing fashion seasons.
Discover Prêt-à-Portea >>

The buzzing centre of Britain’s colonial rule in Malaysia, afternoon tea caught on in Penang. The Eastern & Oriental Hotel has been a mainstay on the Malacca Strait since those days and still serves traditional afternoon tea with blue and white porcelian tea sets and crisp, white tablecloths. While many Malaysians now indulge in traditional afternoon tea across the country, the ‘Nasi Campur’ tradition remains the most popular culinary pastime in the country. Translated literally as ‘mixed rice’, this involves a serving of rice along with a number of other dishes.
Discover the Eastern Oriental Hotel >> 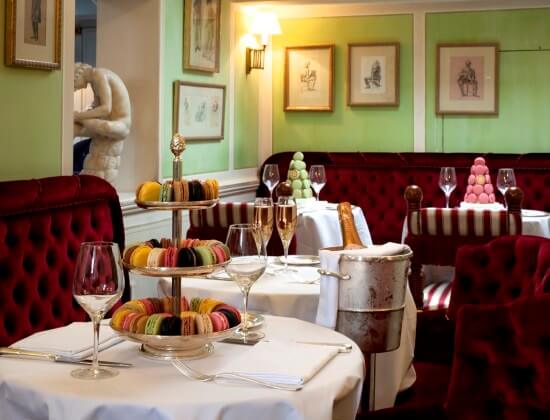 Afternoon tea was brought to France in the 19th century and became a popular pastime among the middle and upper classes of the country. The tea served in France was often black with a little sugar, straying from the British tradition of adding milk. The French drank their afternoon tea with typical French sweets and pastries, from macarons and mille-feuilles to madeleines and financiers. This French twist on the event has now been brought to Britain, by Ladurée, one of the world’s pre-eminent macaron makers. The little coloured gems dazzle alongside finger sandwiches, Champagne, tea and other viennoiseries.
Afternoon Tea at Ladurée >>

Becoming an emblem of unpopular British rule, tea was somewhat shunned by Americans in the wake of the Boston Tea Party in 1773. Though afternoon tea made an appearance as an event in Victorian times, it never quite caught on in the same way as on the British Isles. Nowadays, New York’s finest afternoon tea is served, perhaps appropriately, by two expat Brits at Tea & Sympathy. A small shop in Greenwich village, husband and wife duo Sean Kavanagh-Dowsett and Nicky Perry provide a very English offering. Among the gems served are rhubarb crumble, custard, and orange scones.
Discover Tea & Sympathy >> 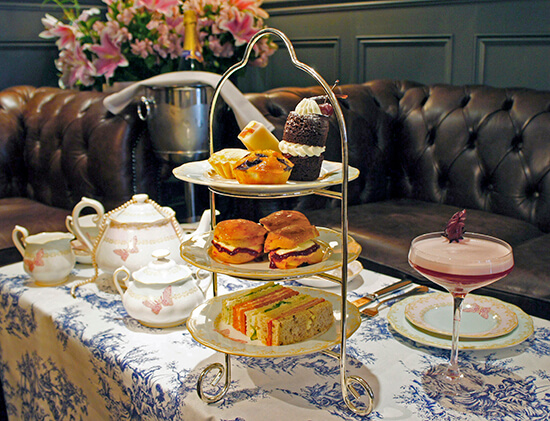 One of few countries untouched by colonialism, the great kingdom of Siam was never infiltrated by afternoon tea. Since sunrise and sunset times stay fairly constant throughout the year in Thailand, the three main meals were traditionally taken earlier than in the western world, removing the need for afternoon bites. The Erawan Tea Room in Bangkok, however, have decided to offer their own Thai take on the British tradition. Snacks to accompany the tea include dumplings, chilli dip, mango sticky rice, sesame biscuits and satay sticks.
Discover Erawan Tea Room >>

The British were awarded Hong Kong in the Convention of Chuenpee in 1841, following the Opium Wars. The colonialists moved to ‘Victoria Peak’, the highest point of the island. Even today, the peak still resembles something of a charming English village. The expat elite would gather to talk stocks, shares and their country pile over afternoon tea, while the Chinese population’s tea events were more of the ‘yum cha’ variety. This morning or afternoon tea includes taking small dim sum plates with tea. The Mandarin Oriental, however, has brought an exuberant form of traditional afternoon tea to life in Hong Kong, with their signature rose petal jam topping off the showpiece scones.
Discover Mandarin Oriental >>