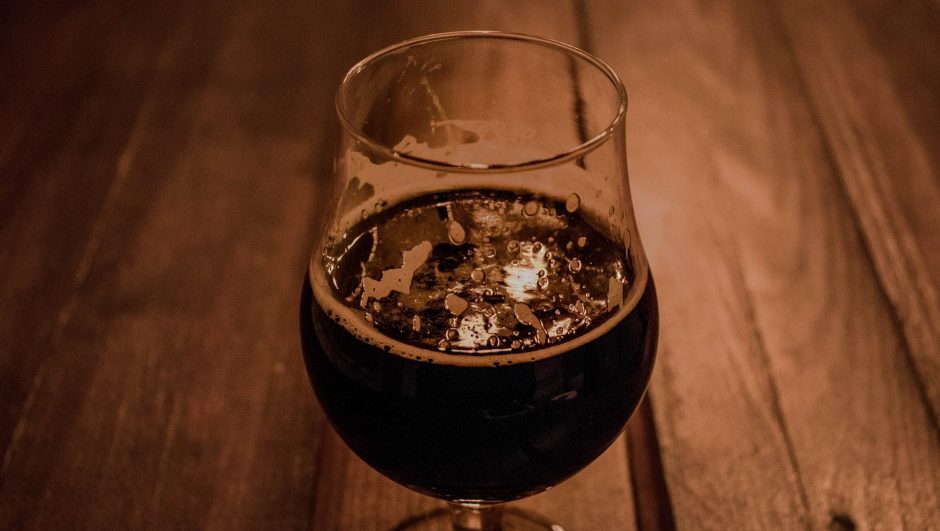 France is famous for having the most fantastic wines. But their beers? Not so much.

French beer has garnered a shoddy reputation in the international beer-loving community. The majority of the French beer market (a good 90%) is mass-produced by big names like Heineken, but there’s still hope to be found in the remaining 10%.

This article covers the history of French beers, popular brands, and a few of the best craft breweries, as well as the best food pairings. Let’s dive in.

Many parts of France had an age-old beer-making tradition. At the beginning of the 20th century, there were more than a thousand little breweries around France. These breweries took care of their local residents, keeping each village happily stocked with their favourite beers.

This tradition continued until industrialisation came along. As rural populations dwindled, the breweries started shutting down, and with them went the tradition and diversity of regional French beer. To replace them, came larger urban breweries which started mass producing beers.

What are the Major Brands in France?

These are some of the most famous beers made in France: 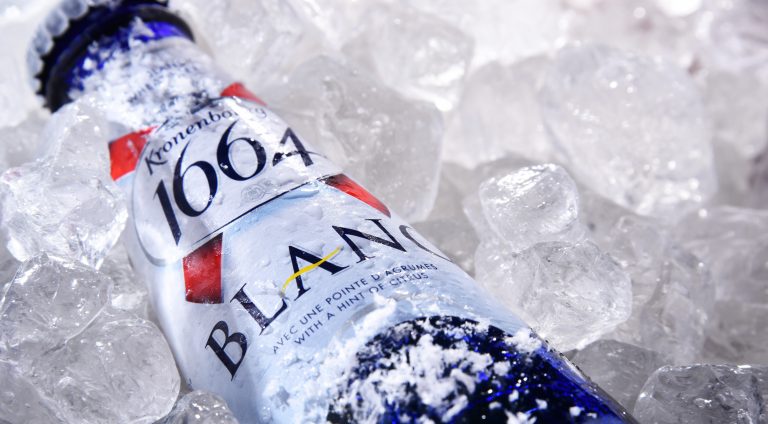 Kronenbourg can be found everywhere in France and is probably the most famous beer brand in the country. The original, signature Kro’ had a reputation as a very bland beer for the lower class for a long time.

They have since managed to salvage their reputation with their “1664”, a tastier version of the Kro’ which comes in several variations: blonde, gold, white, and vintage.

Desperados was created by a brewery in Alsace in 1995, which has since been bought by Heineken France. This beer is designed to seduce the youth with its tequila aromas and a powerful, yet subtle taste that is unique and refreshing. Despite being considered an “outsider beer”, it’s well appreciated by beer lovers.

Founded in 1921 as the Pelican Brewery, this brewery underwent a rebranding when it was acquired by Heineken. Their most famous brew is the Pelforth Blonde, which shines with a clear, sunny yellow colour, fruity aromas and almond notes. They also have several higher-end derivatives to delight your senses should you choose to explore them.

What are the Most Popular Beers in France?

La Bière des sans Culottes translates roughly to “The Panty Dropper Beer”, and the strength speaks to that name. Hailing from the north of France, this beer boasts a 9% ABV in several varieties. The most popular variety is Amber, which is extremely flavourful with layered malty notes.

This style of beer is known as a bière de garde. Bière des Trois Monts is the most popular bière de garde in France, and can be bought in just about any supermarket in the country. This is another strong beer with an alcohol content of 8%.

Made from buckwheat malt, the Britt Blanche is a white beer with a unique taste and is one of the most popular beers in Brittany. You’ll find it on tap in just about every pub in the region. The alcohol content of 4.7% makes it a great choice for lunchtime fun time.

In a word, no. Stella Artois is a Belgian beer that was originally brewed in Leuven, a small city to the east of Brussels. It is also brewed internationally in the UK and Australia. It is currently the most popular beer in Belgium.

What are the Styles of French Beer?

The most notable style of traditional french beer is definitely the bière de garde, which translates as “beer for keep” and was traditionally made at the beginning of winter and opened when things warmed up again. These beers are designed to continue ageing in the bottle, making them especially strong with a strong malt flavour.

All About Spanish Beer: A Beer Drinkers Guide

What are The Best French Beers to Try?

These are a few of the most interesting beers for beerheads to try out in France.

This triple style beer with 9% ABV. Dulion’s beers are all organic, free from malt, and made from certified regional products. Some of them are even gluten-free! 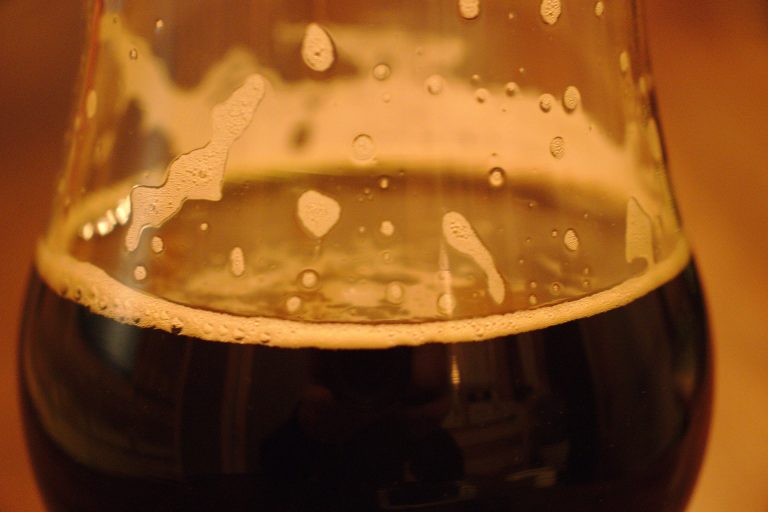 The Licorne Black Beer (ABV 6%) is a very original brew that resembles a Guinness, but with a subtle smoky flavour. This beer has gained itself a cult following with its one-of-a-kind flavour and unique appearance.

This quirky beer bar and beer store franchise is a refreshing brand with a taste for humour. This is a classic lager with layered flavours of spice, citrus, fruitiness and sweetness and a 5% alcohol content.

What are the Best Microbrew or Craft Beers in France?

This is a very playful craft brewery, that incorporates art into all of its products. Every beer comes with a unique design on the bottle, and they are known for making daring beer styles.

The well-known La Cagole micro-brewery makes three different varieties of beer. It can be found in most southern supermarkets, as well as in many of the pubs in the region.

A strong favourite of Parisian locals, Originale is Maison BAPBAP’s top brew. They describe their pale ale as a combination of Belgian ales and hoppy American beers.

What are the Best French Beers to Pair With French Food?

The Kronenbourg 1664 can pair easily with just about any French food thanks to its light, crisp and refreshing flavour. This is a good, easy beer pairing when your focus is on enjoying your meal with a tasty brew on the side.

This all depends on which cheeses you’re pairing with, so here’s a general guide to go by.

Soft, fatty cheeses need to be paired with lighter beers that have more carbonation. The lower the ABV, the more bubbly the beer.

Sometimes, but not always, opposites attract when it comes to cheese and beer pairings. Sour beers with sweet cheeses and fattier cheeses with bitter beers.

How to Order A Beer In French

With all this information, the last thing you need is to place your order. Here’s how to order a beer in French. Here are a few useful phrases:

I would like a beer. – Je voudrais une bière.
What kind of beer do you have? – Qu’est-ce que vous avez comme bière?
How much is a beer? – C’est combien, une bière?

And now you should be set to enjoy your time in France with all the best beers around!