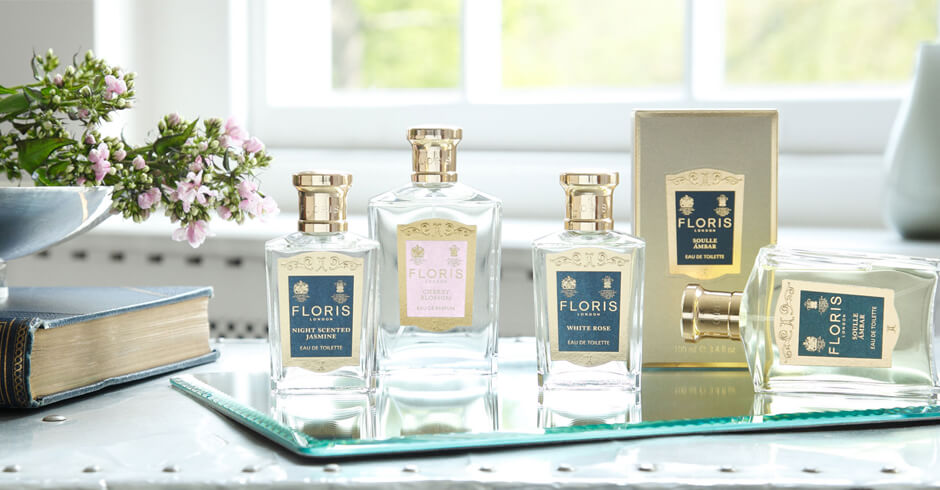 When Juan Floris opened a perfume shop in Mayfair in 1730, it’s fair to say that pleasant aromas as we know them today were in short supply.

It wasn’t until the next century that a decent sewage system came to the capital, while graveyards were vastly oversubscribed.

So it would not be inaccurate to suggest that Floris truly was a pioneer – opening Britain’s first perfumer in a market where previous interest in fragrances had been very limited. He had come to London from his native Menorca, via the burgeoning perfume town of Montpellier on the Cote D’Azur. Though he worked as the resident barber at St. James’s Hotel for a number of years, his experiences of working in the Montepellier perfumery motivated his desire to bring the concept to London.

Mixing in the right circles, Floris came to meet a young Elizabeth Hodgkiss, to whom he became married. The pair invested her dowry in 89 Jermyn Street, the site where, still today, the regal Floris perfumer stands.

The couple and their seven children lived upstairs, while the shop was located downstairs and all the perfumes were produced in the cellar. Within months, Floris produced the ‘Limes’ eau de perfume, which immediately became a smash hit – formulated to cut through the sticky fog of summer. 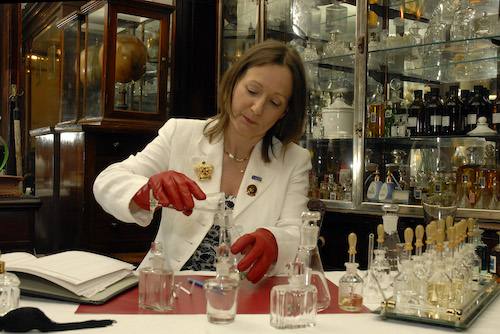 Incredible though it may seem for a shop founded before Captain Cook sailed for Australia, Floris has remained a family- run business for over 284 years. While at first the scents were used primarily to mask the nasty odours that were prevalent in eighteenth century London, today some of the finest fragrance concoctions are sold here by master perfumers eight and nine generations on. Fragrances such as ‘Madonna of the Almonds’ present a fruity floral fragrance to behold, while the old favorite ‘Limes’ remains with a vibrant burst of citrus.

Shelagh Foyle, the resident perfumer, ensures that the original values of the family business are retained. Back in the early days, their fastidious dedication to quality and attention to detail incorporated ironing all the banknotes and washing and brushing coins before change could be served. While this quirk is not still in use, they do still use the same velvet pads to provide customers with their change, just one example of the company’s pride in customer service.

Behind the Scenes at Britain's Oldest Perfumer

The Floris perfumers spend their day scouring for new constituent ingredients for their perfumes and attempting to concoct the perfect fragrance. When Juan Floris created ‘Limes’ almost 300 years ago, he recorded the formula in a large, black, leather-bound book. Thereafter, every new individual blend that was created was also handwritten in this same book that remains carefully guarded within the vaults of 89 Jermyn Street.

Their perfumers do not tend to follow trends, but rather take pride in working on fragrances within their own time until every aspect of it is perfect. Foyle suggests that the inspiration comes when they stumble upon a new ingredient or oil that has never been used before but clicks perfectly.

Yet it is not just brand new formulas that excite. Often the perfumers flick back through the large, black book to try and reinvent older fragrances with a fresh twist. Foyle mentions that “from the various handwritten amendments in these books you can see that this is something that many generations of the family have done over the years.”

The master perfumers have offered a bespoke service ever since the beginning, which remains today. Guests can discuss their desired fragrance specifications with their very own consultant who will develop a personalised perfume for them. 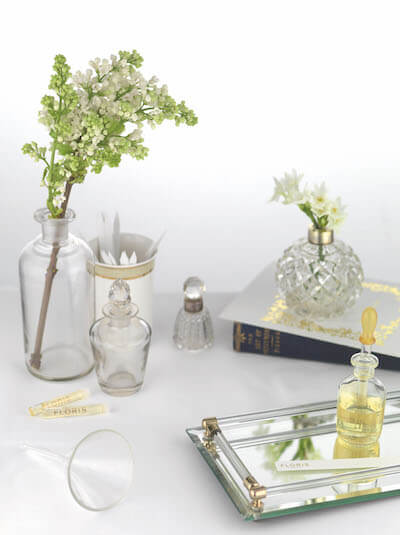 Floris has been royally connected for some time. It was way back in 1820 when they received their first Royal Warrant, as ‘Smooth Pointed Comb Maker’ to HM The King George IV. At this time, skilfully made combs were one of the shop’s specialities. Indeed, the Frankenstein author, Mary Shelley, wrote to her friend Thomas Love Peacock to request “two hairbrushes and a small toothbrush” from Floris while abroad in 1818.

The shop has received 18 warrants since then, including from Queen Victoria, and is now in possession of warrants from both Queen Elizabeth II and Prince Charles. In 1989, the perfumer finally moved their fragrance production from the cellar of No. 89 to a brand new factory in Devon – opened by the late Princess Diana.

Perfume Industry Statistics & Trends - 2022 and Beyond

Since then, Floris have launched two new fragrances to celebrate, first, the queen’s Diamond Jubilee in 2012 and, secondly, the birth of Prince George in 2013. The Duchess of Cambridge must have approved, since she and her mother were spotted shopping at Floris not long afterwards.

The royal connection is so strong that rumours abound that there is a secret tunnel linking the shop’s cellar, where the perfumes were previously made, with the royal palaces. Indeed, Floris’s Polly Gredley suggests that mysterious, sealed-off passageways are visible in the cellar…

From the Lady and the Lamp to the Prime Minister

Aside from the royal customers, Floris has also provided for a large number of other well-known guests. After Florence Nightingale returned from the Crimean War, where she had become known as the Lady with the Lamp, she set up a training school for nurses at St. Thomas’ Hospital in Waterloo. During this time, she was a frequent customer of the perfumer – even penning a letter to Mr. Floris thanking him for his “beautiful sweet-smelling nosegays”.

Among other famous guests to the shop were Oscar Wilde, who regularly wore Malmaison Carnation, still available at the store, and Marilyn Monroe. A receipt dated from 1959 shows six bottles of Rose Geranium eau de toilette sent to the Beverly Hills Hotel in Hollywood, where Monroe was staying when filming Some Like It Hot.

Winston Churchill was also known to be a fan of Floris, who provided one of few products that were able to substitute for his penchant for wearing fragrances that smelt of tobacco, feeding his love of cigars. Indeed, the story goes that Churchill once visited a parachute factory and absent- mindedly produced a cigar. At once, the fire officer raced over to instruct Churchill that he mustn’t smoke there.“Oh don’t worry, dear boy,” came the reply, “I don’t inhale.”

How to Make Your Own Perfume 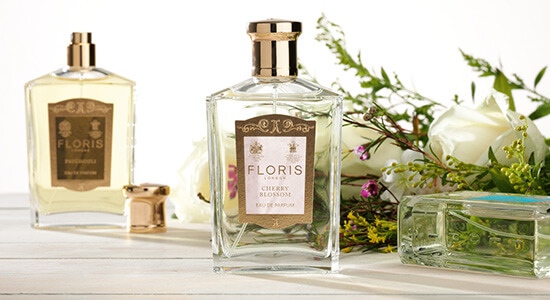 As creating your own signature perfume is not something to be rushed, the experience includes a minimum of three consultations over a six month period, all conducted with the Floris perfumer.

An initial consultation with the Floris perfumer, held at either the historic Jermyn Street store or the new Ebury Street boutique, will determine the preferred perfume profile and the direction to take for this unique new composition. Using rare and precious essential oils and floral essences gathered from around the world, the Floris perfumer will custom blend an exclusive and individual fragrance.

Once your bespoke fragrance has been completed, you will receive a 100ml bottle, along with a Certi cate of Provenance. You will also receive up to five repeat orders of your fragrance as part of the price, as and when you need topping up.
What’s Included?