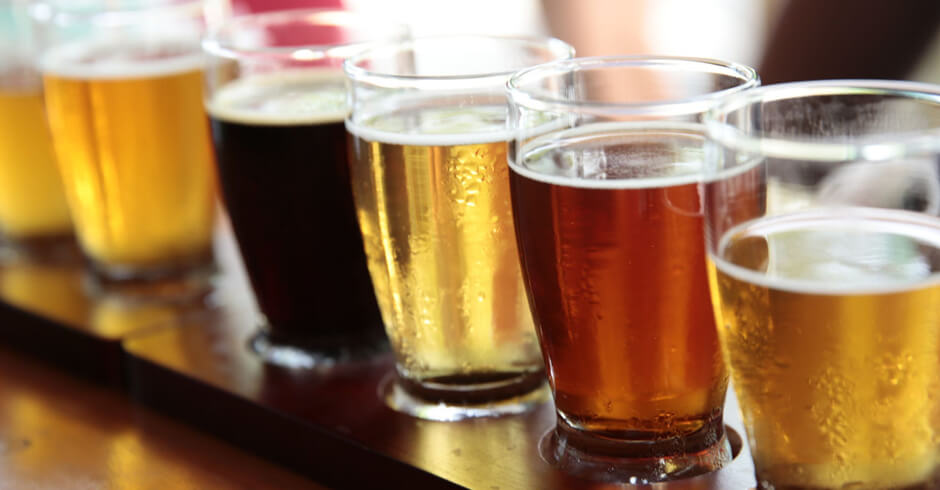 Sitting down with just the right beer can make that moment the best part of your day.  If you have become cozy with some of the usual beers, why not try something a little more distinct? Craft beers are becoming popular with their enticing and individual flavours. Here are five unique beers you must try.

Parizan Brewing began in 2012, when Andy Smith (a former chef) set up his own place and bought a four barrel kit from Kernal. He sold his first beer in November of the same year. Regularly, the brews are changed a little by adjusting the aroma and flavour hops. Bottles change when the beer changes.

This beer has a fruity aroma, with its flavour full of spices and herbs, mixed fruit and citrus. The body of Saison IPA can be light to medium, and when poured has a nice, large foamy head.

What could be better than just trying a craft beer? Well, can you imagine creating your own bespoke beer in one of the top breweries? An opportunity to let your creative side show should never been ignored. EXPERIENCE MORE >>

The creators of this black IPA wanted to pump up the usual Pale Ale by combining aromas from the Pacific and combining old-fashioned sweets and fruits.

Black Betty is a very dark brown in colour, with a head often described as a mocha colour which recedes into a film. The aroma is strong, full of pine, toffee or caramel, liquorice, and a bit of citrus. It is a medium bodied beer, with a slightly bitter, but dry and long, aftertaste. If it can be described as sweet and bitter at the same time, so be it. The taste is consistent with the aroma, pine, liquorice, citrus, sweet malts, herbs and molasses. Best news yet, it has year-round availability. READ MORE >> 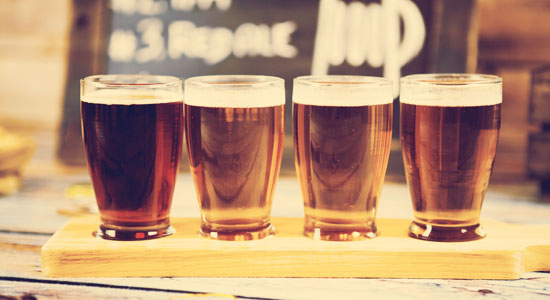 A Little Hard Work… and a Special License

This is another one of the beers you must try during your beer-tasting adventure. The Colonel is aged for over two years in oak barrels, which have several strains of yeast from aged beer. It is aptly named after Colonel Albert Blanton, who founded the Buffalo Trace Distillery. He obtained a special license for “medicinal whiskey” to keep his distillery open through Prohibition and is known for getting the distillery up and running in 24 hours when it was devastated by a flood.

The Colonel has more of a lighter body and mouthfeel, slightly sour and with notes of vanilla, charred oak, berries, caramel and roast. It is a modern interpretation of an old and very respected porter-style beer. LEARN MORE >>

The distinctive flavour of Lambic beer, is attributed to the region of Brussels where the beer is made. It has been described as a truly unique beer, not just because of flavour, but brewing methods as well.  Specifically selected types of yeast are used for the beer, but the beer is allowed to have a mind of its own. The Belgian Lambic beers vats are left open, to encourage “wild” or uncultivated yeasts and bacteria can get involved. Once fermenting, this beer is left in barrels to age for three years.

It is a more sour type beer, dry, cidery and has a sour aftertaste. Lambic has a thick mouthfeel, and is at its best when served at the suitable temperature, in appropriate glasses. Lambic is definitely one of those beers you must try, just for the experience. LEARN MORE >>

It’s All About Tradition

In 1884, the monks at the Koningshoeven Abby in Berkel-Enschot, in the Netherlands, decided to add to their farming and cattle by brewing beer for the community. Only when beer is traditionally brewed at a Trappist monastery and supervised by the monks themselves, can it be called Trappist beer. The water for this beer is drawn from one of five 200 metre deep wells on the abbey’s property.

La Trappe Blond continues to ferment while in the bottle. This beer’s ingredients are traditionally natural, and include barley, water, malt, yeast and hops. It is a golden ale, with a fresh, fruity and rich aroma. There is a sweet taste, light and malty. The aftertaste has a gentle bitterness to it. Good news, it’s available all year round. DISCOVER MORE >>

So whether you are travelling or just in the mood to try something new, be adventurous and try a craft beer. These five beers you must try because you never know when you’ll find your new favourite.