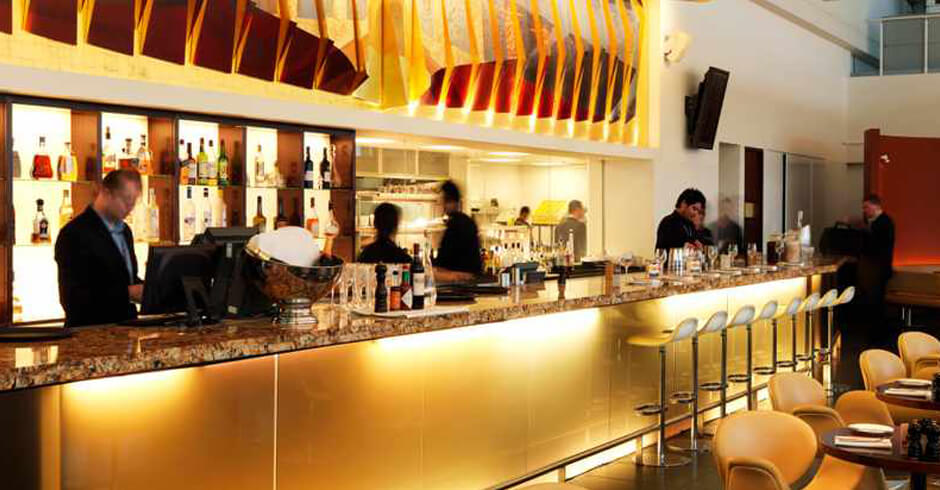 Fold your plastic tray; gourmet cuisine is landing at an airport near you.

When willing-to-splurge holiday makers and discerning business folk are met with soggy pasties, demoralizing fast food paper bags, and outlandishly priced wine gums, it’s no surprise that airport dining can get a bad rep. Cue the luggage- trolley-load of shrewd Michelin-starred chefs touching down at airports worldwide. These chefs have recognised a market for better pre-flight dining options. Offering locally sourced menus, extensive wine lists, and stunning interior design, our pick of the world’s best airport restaurants will leave you hoping for a layover.

At Heston Blumenthal’s The Perfectionists’ Café you can expect vapour puffing contraptions, wood- red pizza ovens and the obligatory liquid nitrogen ice cream parlour. At times more science lab than restaurant, the retro-British interior makes for a quirky and whimsical atmosphere, reflecting onto the menu. The marvellous ‘BFG’ dessert is created in typical Blumenthal fashion, made from ice cream solidi ed at -196°C in liquid nitrogen, and combining the flavours of a Black Forest Gateaux served alongside a Kirsch atomizer. Sweet perfection. 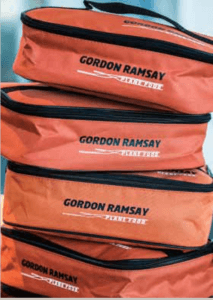 Not a fan of plane food? Think again. With 14 Michelin stars to his name across three continents, you can be sure there is no vacuum-packed, microwaveable monstrosity in site at Gordon Ramsay’s Plane Food. Grab yourself a three-course gourmet picnic of mini breakfast pastries, roasted Hereford rump of beef with English cheeses, and g & almond torte, and be the envy of the fuselage. Or, for those not ailing hand luggage in the air and dashing for gate, Plane Food’s Express Menu promises two-courses in 25 minutes. The Terminal 5 outpost of the Ramsay empire is a hit with even the world’s best chefs, including New York super chef Daniel Boulud; “When I visit my restaurant in London, I go to Gordon Ramsay’s Plane Food and order the saffron butter chicken curry with fried chickpea and cumin rice.”

The Asian Apathy to the Michelin Guide

Since Barcelona Terminal 1’s much- needed facelift in 2009, Chef Carles Gaig has been adapting his traditional, upscale Catalan cuisine to suit traveller time constraints. The man behind Barcelona’s Michelin-starred Restaurant Gaig, presides over a menu of Catalan staples; including Bacalao (codfish), croquettes and veal. Porta Craig has even been named the ‘Best Airport Restaurant in the World’.

Marco Akuzun heads up the only Michelin-starred airport restaurant in the world – Top Air. Alongside a delectable menu of including Chinese imperial caviar, South African langoustines and French nougat with almonds, this elegant establishment serves up stunning views over the Swabian Alps. Delicately cutting into a flaking strudel, it’s easy to lose track of time as international flights escape over the mountains and into the clouds. Wait, when was my flight?

Known as a trend-setter for upscale airport eateries, One Flew South calls its travel-inspired cuisine “Southernational.” Suitably named hanger steak, and exceptional sushi dishes are to be tried from sushi chef Allen Suh and executive chef Duane Nutter’s modern, globetrotting menu. Inspired by Aeromarine Airways (which carried wealthy passengers from Miami to Havana so that they could drink during the Prohibition era) the award-winning cocktail list, ‘Salut to Aeromarine’, boasts a well-travelled selection of timeless concoctions such as the Taylor Made; Hendricks gin, elderflower liqueur, cucumber, and lime. 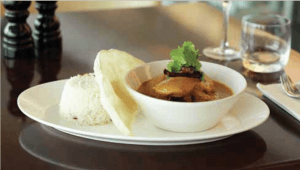 Opened in summer 2015, the aptly named I Love Paris at Paris’ Charles de Gaulle Airport is helmed by three Michelin-starred chef Guy Martin. French fusion is the cuisine of choice, with dishes ranging from the classic (blanquette de veal en cocotte) to the adventurous (blue lobster) all in a space that effortlessly celebrates the Palais Royal, champagne, and the art of the sandwich.
Bubbles Seafood & Wine Bar
Amsterdam Schiphol Airport

True to its name, Bubbles Seafood and Wine Bar stocks more than 50 varieties of fizz, enticing discerning flute lovers from around the globe. The sister restaurant of Amsterdam’s Bubbles & Wines, the airport location was built around a saltwater aquarium. In addition to having a great raw bar, there are plenty of simple, quick and traditional Dutch dishes on offer, including raw herring and onions on toast. Smooth check-in? Whizzed through security? Feeling lucky? Hit the restaurants mini casino and tempt those newly acquired euros. 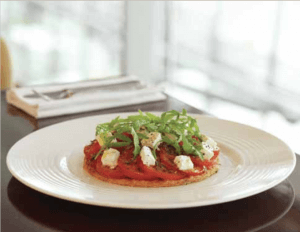 Following its$120 million renovation, an enviable list of chefs and restauranteurs can be found among the terminals of Newark Airport. Topping that list is French bistro, Saison. Known for being the first chef to secure six Michelin stars with just two restaurants, the legendary Alain Ducasse consults on the upscale eatery’s menu. Saison means business. The chic style echoes the elegance of a Parisian café, serving French favourites of coq au vin, roasted bone marrow and escargot. Of course the wine list also excels. 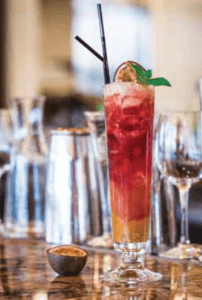 Admittedly, Bavarian feasting has rarely entered fine dining territory, but Airbräu Brauhaus gets special mention as the only in-airport brewery in the entire world. On top of a fresh German brew you can tuck into authentic Bavarian fodder including veal sausage, schnitzel and roasted suckling pig on a themed and daily changing menu that culminates with an Airlebnis Buffet on a Sunday. Looking like a scene from a much more civilised Oktoberfest, the clinking of beer steins and gentle swaying to ive oompah music will have you feeling like a true Münchner!

How Do Restaurants Lose Michelin Stars?